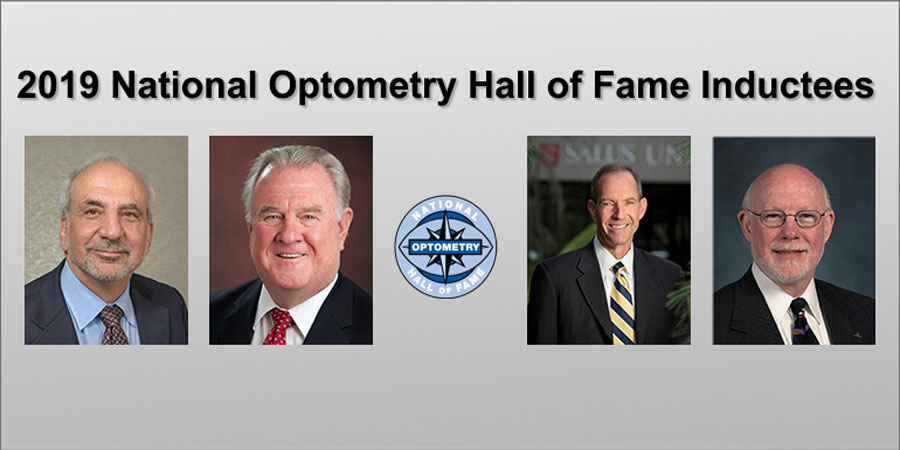 Murray Fingeret, O.D., earned his optometry degree in 1976 from The New England College of Optometry. Dr. Fingeret then completed a primary care residency program at the Genesee Valley Group Health Association, Joseph C. Wilson Health Center in Rochester, New York. He served two years as staff optometrist there and became chief of the optometry section at the Birmingham Veterans Administration Medical Center in 1980, and three years later chief of the optometry section at the Department of Veterans Affairs Medical Center, New York Harbor Health Care System, Brooklyn and St. Albans Campus, in Queens, New York, where he has served veterans for more than 30 years. His efforts in education, professional collaboration and clinical research in the area of glaucoma have benefited all doctors of optometry and the patients under their care. He founded and served as the first president of the Optometric Glaucoma Society. He is an active member of the AOA and the New York State Optometric Association and has served on the AOA's New Technologies Committee.

The late Donald Jarnagin, O.D., earned his optometry degree from Southern California College of Optometry (SCCO) in 1970. Dr. Jarnagin was drafted into the U.S. Army as a captain and optometry officer in the Medical Service Corps from 1971-1973, where he received an Army Commendation Medal. He then entered private practice in Arizona with his own personal doctor of optometry who had provided his vision care as a youth. Less than a decade later, he would ascend Arizona Optometric Association's leadership as president and later as AOA president. He served more than 30 years in private practice, caring for the community of Glendale and the West Valley, before starting a new chapter as optometric educator and leader. Involved in numerous community service organizations, Dr. Jarnagin was passionate about volunteering with multidisciplinary medical missions to Guatemala that provide eye care and glasses to underserved populations. It was on one of these trips that he passed away.

Michael Mittelman, O.D., earned his optometry degree from Pennsylvania College of Optometry. Commissioned in the Navy Medical Service Corps in 1980, Dr. Mittelman immediately impacted the needs of United States Marine Corps personnel and dependents through optometric patient care. He became the first doctor of optometry designated as an Aerospace physiologist in 1989 and used the training to develop the foundation from which he created the U.S. Navy Aerospace Optometry program. He became the first doctor of optometry to be assigned Deputy Surgeon General of the United States Navy. In 2013 he became president of Salus University. He is an active member of the AOA, having chaired the AOA State Government Relations Center's Licensure and Regulation Committee, the AOA Multidisciplinary Practice Section and a special AOA project team on licensure by endorsement, and he is a past president of the Armed Forces Optometric Society.

Glen Steele, O.D., earned his optometry degree from Southern College of Optometry. Dr. Steele then joined the institution as a faculty member—where he has been for 50 years—as well as opened a private practice, which he ran for more than 40 years. He co-founded InfantSEE®, a public health program, managed by Optometry Cares®—The AOA Foundation, designed to ensure that eye and vision care becomes an integral part of infant wellness care to improve a child's quality of life. Since its launch in 2005, nearly 4,000 participating doctors of optometry have provided exams to 140,000 infants. He has served in leadership roles for numerous boards and task committees for optometric and health organizations, such as the AOA, West Tennessee Optometric Society, and the American Public Health Association, among others.

The inductees will be honored at a ceremony during Optometry's Meeting® in St. Louis on Thursday, June 20, from 7-8 p.m.

The National Optometry Hall of Fame is administered by Optometry Cares—The AOA Foundation.