November 11, 2020
The AOA would like to thank all veterans who have served our country, as well as our Armed Forces Optometric Society member doctors who serve all over the globe, delivering eye care in various settings to active-duty and retired military personnel, their dependents, underserved populations and disaster victims. 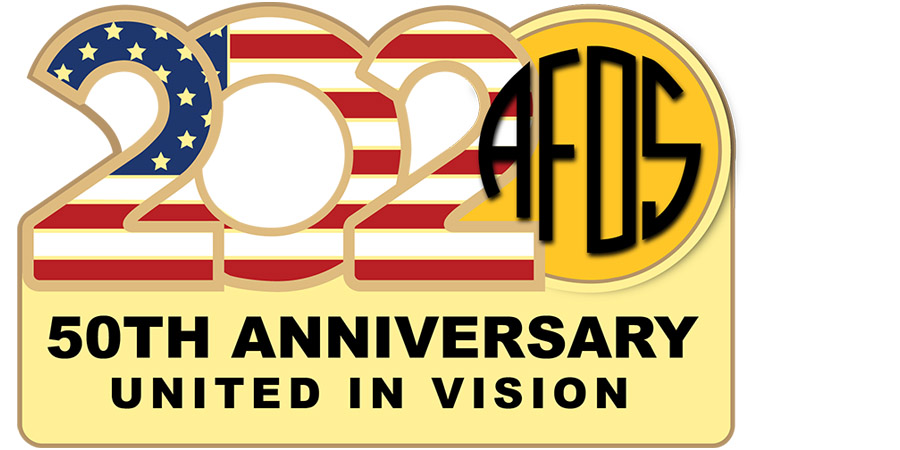 But Dr. Gmelin has been around long enough to witness a few professional milestones, such as the founding of the Armed Forces Optometric Society (AFOS), which had its first official meeting 50 years ago in Honolulu. Thirty-four people attended that first meeting.

An AOA affiliate, AFOS' membership is open to federal-service doctors of optometry and students. AFOS members serve in the U.S. military, including the Air Force, Army and Navy and their reserve units, the Veterans Administration, Public Health Service and Indian Health Service, and other government entities.

Among those doctors of optometry attending that first meeting was Dr. Gmelin.

"As my son says, I'm one of the last AFOS fossils still around," says Dr. Gmelin, who was a young Army officer at the time. "I was transitioning between West Point and Germany when I attended the AOA meeting in 1970 in Hawaii and the formation of AFOS. I was a charter member.

"The best thing about being a member has been the camaraderie," he says.

Cmdr. (ret.) William Monaco, O.D., too, was a young officer but was serving in the Navy in 1970 when told of AFOS' creation by Capt. Aldo Bartolomei, one of six founders of the affiliate.

"Capt. Bartolomei was my Navy mentor as a young officer," Dr. Monaco says. "He called me and said, 'Bill, we have formed a new organization for military optometrists, and I want you to participate.'

In March, about 150 of its members celebrated its 50th anniversary at its annual meeting in Atlanta, where then AOA President Barbara L. Horn, O.D., and AOA Trustee Lori L. Grover, O.D., Ph.D., addressed the group.

AFOS President Cmdr. Chris Cordes, O.D., says: "It's truly been an honor to serve as the AFOS president during this historic year. Not only are we taking time to recognize the leaders who came before us to form this great organization, but we have seen our federal-service optometrists step up and serve during the current global pandemic. When I was installed as president on March 3, I said the theme for the year was 'focus and appreciate AFOS' past, present and future.' I didn't know how significant this year was going to be."

Delivering on a mission

AFOS' mission is "to promote, protect and advance federal-service optometry in order to deliver unparalleled eye and vision care to our beneficiaries." Its member doctors serve all over the globe, delivering care in various settings to active-duty and retired military personnel, their dependents, underserved populations and disaster victims.

And AFOS' membership is a far cry larger—about 985 strong today—than it was in 1970.

Among the affiliate's proudest moments was its role in the major scope battles of the 1970s through the 1990s over the use of therapeutic drugs and ophthalmic drugs for diagnostic purposes. Although doctors of optometry in the military would get those drug privileges before civilian optometrists, they worked on behalf of the entire profession to gain the same for all doctors.

According to AFOS' history:

The new laws were the most significant events of their profession in the past 50 years, the charter AFOS members say.

"In 1968, when I graduated optometry school, optometrists were not permitted to put a drop in a patient's eye," Dr. Monaco says. "Thanks to the hard work of AFOS and AOA volunteer efforts, we have crashed through the topical medication barrier and have significantly broadened optometry's scope of practice privileges."

Lt. Col. (ret) Marvin Baum, O.D., past president of AFOS, notes that optometry was a "drugless profession" when he graduated from optometry school in 1964.

"No diagnostics, no therapeutics," Dr. Baum says. "We were not able to dilate eyes for diagnostic purposes or use anesthetics, nor treat any ocular pathology, but did the best we could. In addition, the technology and instrumentation were—at best—primitive compared to today. We did have the basic instrumentation, but not the benefit of automated visual fields, retinal photography or OCT, to name a few. This was also before Medicare recognized us as 'doctors' and we didn't get paid for what we did from Medicare and all the other insurance companies.

"I could only dream that we would perform primary care optometry, including therapeutics, and get paid for it," he says. "It is also great to see the increase in prestige of the profession. We are all, indeed, proud to be optometrists and practice our profession to its full extent."