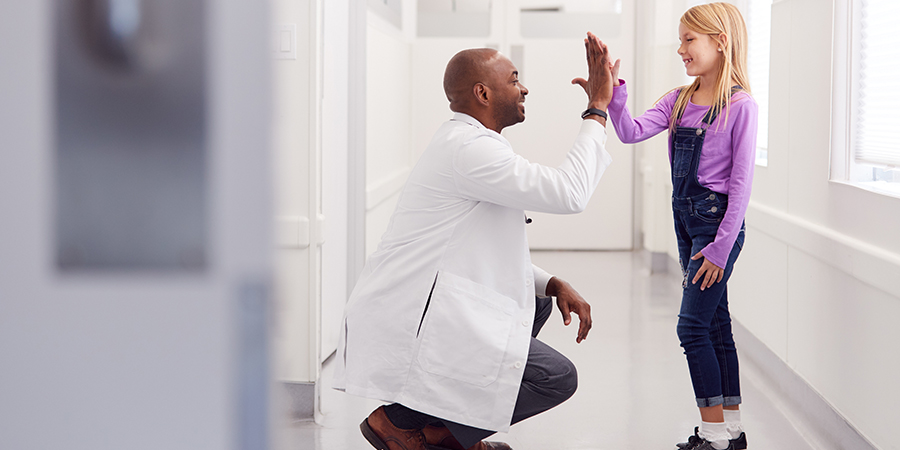 Helping open the door for underrepresented minority students interested in optometry, a new grant opportunity from the AOA and American Optometric Student Association (AOSA) seeks to promote diversity within the profession for generations to come.

The AOA/AOSA “Opportunities in Optometry” Grant program, supported by Optometry Cares ®—The AOA Foundation, is a one-time stipend awarded to students from traditionally underrepresented minority groups within optometry to help defray the costs associated with applying for optometry school. Stemming from the AOA Diversity and Inclusion Task Force and the AOSA Diversity Project Team, these Opportunities in Optometry grants represent a concerted effort to not only build diversity, equity and professional leadership for this next generation of optometry but also ensure expanded access to primary eye care throughout America’s communities.

”Through the AOA’s hard, introspective look at diversity and inclusion within our profession this past year, it’s clear that more can and should be done to ensure optometry is more inclusive into the future,” says AOA President William T. Reynolds, O.D. “Time again, our task force heard how cost can be a barrier for under-represented minority groups seeking optometry school and it’s our hope these Opportunities grants can remove that impediment and have an enduring impact on this and future generations of optometry.”

Multiple grants of $1,500 each will be awarded to students meeting the eligibility and application criteria, as well as an essay requirement, subsequently reviewed by a selection committee. Grant funding is intended to offset fees associated with the Optometry Admission Test, school applications, professional attire or travel-related expenses associated with interviews.

“We have made a commitment to pave a path toward a broader and more diverse profession,” says Alex Bennett, AOSA president. “In doing so, these grants will encourage undergraduates from under-represented populations to join the family of optometry and expand access to primary eye care across the nation.”

Through the work of the AOA’s Diversity and Inclusion Task Force and the AOSA Diversity Project Team, optometry’s advocates are listening closely to colleagues nationwide to ensure optometry leads in engaging and encouraging a diverse, equitable profession. Opportunities in Optometry grants are an integral part of the sustained commitment necessary to affect change, and members’ and organizations’ support in this mission is welcomed.

In the past several decades, optometry school enrollment has shown that the profession is making strides toward becoming more inclusive. Women, once a stark minority in optometry school, now represent over two-thirds of current enrollment and graduates. However, there’s still considerable work to be done.

Likewise, the most recent Association of Schools and Colleges of Optometry data (2018-19) indicates graduation rates similarly unchanged and when compared to U.S. Census data, the disparities are evident. For instance, Black Americans comprised 13.4% of the 2019 U.S. population but only 2% of optometry school graduates that year.

The AOA stands by efforts to encourage greater participation, enrollment and subsequent graduation of students from traditionally underrepresented minority populations in optometry schools because it aligns perfectly with the association’s core mission of bolstering access to the critical eye health and vision care provided by doctors of optometry. Jacqueline M. Bowen, O.D., AOA trustee and AOA Diversity and Inclusivity Task Force chair, notes these efforts reflect a commitment to equal access, ending health care disparities and elevating care for all patients.

“Much of what needs to be done to reach underserved populations in this country is rooted in our advocacy efforts,” Dr. Bowen noted in the November/December 2020 issue of AOA Focus. “We all want to take care of our patients in the best way possible. That means we all need to be good clinicians able to practice to the full extent of the scope allowed by our education and training.”