September 3, 2020
In June 9 statement posted on social media, AOA affirms its opposition to racism, intolerance and hate. The task force will report to AOA president and Board of Trustees. 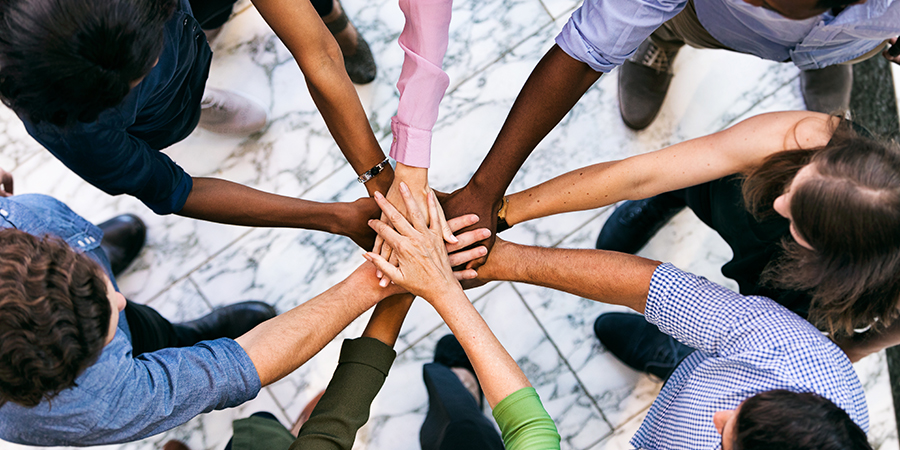 At a time of national reckoning on racial injustice, the AOA is taking the opportunity to look inward and assess if it can do more on that front.

On June 9, the AOA issued a statement on the national dialogue that erupted on the nation’s streets following the death of George Floyd. It reads in part:

“…the AOA affirms its unyielding belief that there is no place in our country for racism, intolerance or hate.  As America seeks a national understanding of the unacceptable harms that racism inflicts, the AOA stands with all of those affected by tragedies. We recognize, support and embrace our profession's leadership role in helping communities, states and our country come together, heal and stand stronger than ever against inequality and injustice.”

“The AOA has long been a leader among national professional organizations in fighting for expanded patient access to the essential care our doctors provide as well as for full adherence to a single standard of eye health and vision care,” says Jacqueline M. Bowen, O.D., AOA trustee and task force chair. “Now is exactly the right time to look at how we can be even more impactful as an organization focused on advocacy for doctors and our patients and as a profession, and that’s the charge our task force has begun pursuing over the past two months.

“Through the work of the Diversity and Inclusion Task Force, our AOA is listening closely to colleagues from across our profession and throughout health care in order to make absolutely certain that optometry leads and serves as an example for our focus on a better future,” Dr. Bowen says. “We recognize upfront that ours must be a sustained commitment, and that’s been at the heart of everything we’ve been working on since Day One. “

Beyond the statement and task force, the AOA Board of Trustees has affirmed additionally the following task force actions:

“At the workplace level, the AOA’s employment policies contain strong protections against bias, discrimination, harassment and retaliation,” says Michael Stokes, J.D., AOA general counsel. “For those policies to be most effective, it is essential that employees feel comfortable bringing forth concerns–whether they relate to specific behavior or the overall workplace environment. AOA is reaching out to employees to make sure they know that they play a role in making AOA a great place to work. The hope is to facilitate open dialogue by providing multiple channels of communication, and by encouraging people to bring forth not only specific concerns, but also ideas on how to make AOA the best workplace it can be.

“AOA employees have always undergone training on discrimination laws, as is common in many workplaces, particularly larger workplaces,” Stokes says. “This year, the plan is to add additional training for managers and supervisors to help make them more effective advocates for inclusion. The message from AOA leadership is clear—we want the AOA to be a welcoming, inclusive, and equitable workplace for everyone.”

AOA has long been committed to access, whether for doctors or patients.

In 1972, the AOA’s House of Delegates passed a resolution recognizing the necessity of a more “intensive, extensive and inclusive” recruitment, admission, enrollment and retention process of individuals from diverse racial and ethnic backgrounds be a high priority.

In 2001, it called for protecting against potential bias in patient care:

“RESOLVED, that the American Optometric Association, as a matter of ethical concern, strongly encourages all practicing optometrists to be cognizant of the potential for bias in patient care based upon health, gender, age, ethnicity, race, financial status or any other patient characteristic.”

The AOA’s ongoing advocacy efforts to expand scope of practice for doctors of optometry reflects its commitment to equal access, ending health care disparities and elevating care for all patients, Dr. Bowen says.

“Much of what needs to be done to reach underserved populations in this country is rooted in our advocacy efforts,” she says. “We all want to take care of our patients in the best way possible. That means we all need to be good clinicians, able to practice to the full extent of the scope allowed by our education and training. And we all need to work to increase access to optometric care through inclusion in major medical plans, government-funded programs including the Veterans Administration system, and we need to make the public aware of our services, which are far superior to, and much more readily available in many more communities, than other provider groups.”

The AOA House of Delegates got underway on the second day of Optometry’s Meeting® with reports from the AOA president and executive director on the state of the association.

AOA elects new Board of Trustees, approves resolutions, as Optometry’s Meeting® 2022 wraps up

The four-day 2022 Optometry’s Meeting® kicked off Wednesday with celebration of members of the profession, innovative educational opportunities and a call for advocacy for scope expansion in states.