September 10, 2020
Together, the AOA and AOSA are leading the fight to ease the burden of student loan debt for their members. 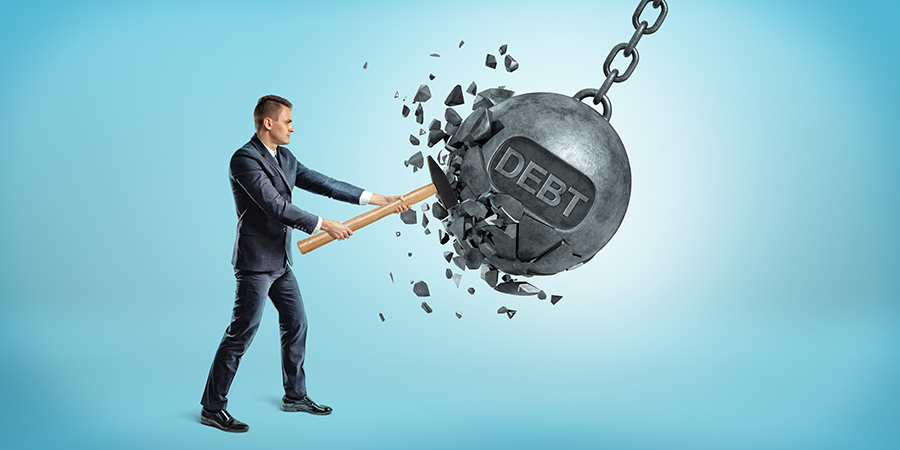 In 2018, optometry graduates had an average school debt from borrowing close to $180,000, according to the AOA. That debt can impact a new doctor’s life in countless ways, both personal—forgoing nights out to prepay interest, for instance—and professional, such as choosing a corporate job over the financial risk of starting a new practice.

Student loan debt has become such a hot-button issue for new doctors that the AOA and American Optometric Student Association (AOSA) are leading the ­fight to ease the burden. This includes efforts to urge Congress to reauthorize the Higher Education Act, which supports people pursuing post-secondary education. Among the support the AOA aims to ensure for doctors: public service loan forgiveness, federal student loan borrowing limits and lower interest rates.

When Peter Jacques, O.D., was still a student at the University of Missouri – St. Louis College of Optometry, one fact about school debt stood out in his mind: unsubsidized loans would accrue interest while he was in school. That meant if he allowed the interest to accrue, it would “capitalize” and become principal several months after graduation. The bottom line: a $100,000 loan principal could jump to $120,000 overnight.

Despite getting married, becoming a father and then ­finding out he and his wife were expecting twins—all during optometry school—Dr. Jacques faithfully paid a few hundred dollars each month toward his student loan interest.

“The last thing you want to do is think about your loan while you’re trying to study for tests,” he says. “But if you can, at the very least, be aware of the interest situation and try to knock that down … then you’ll be in a much better situation when you graduate.”

To keep up with the interest payments, Dr. Jacques and his wife, an occupational therapist, cobbled together extra income through his work as the former editor of optometrystudents.com and by dog- and house-sitting.

They kept a tight budget by relying on family for babysitting, renting $1 Redbox movies, shopping at a discount grocery store and cooking nearly every meal at home. “It was tough for a few years,” he says.

With three young children at home, he prioritized flexibility in a job. Instead of going for the highest-paid gig, Dr. Jacques accepted an associate position at a private practice in Troy, Missouri, a decision he says he had the freedom to make because his ­financial situation was under control. “It freed us up to make a lot of choices,” he says.

Dr. Jacques says he’s beginning to feel like the hard work is paying off. By earning a decent income and aggressively paying down their debt, he and his wife could be debt-free within ­five years.

The next step? Owning an optometry practice.

When to consider refinancing

Jodi Baker, O.D., knew when she walked across the stage to graduate from optometry school at the University of Alabama – Birmingham in 2018 that her $185,000 in student loan debt wouldn’t delay her dream of opening a practice. Dr. Baker took a corporate position for a year while she worked out the logistics and opened her Guntersville, Alabama, practice in late 2019.

“The loan was just an investment in myself to get me to the place where I can open this practice,” she says. “If you have the passion and this is the career you want, then obviously [the debt] is worth it.”

“We had to work together,” she says, “and come up with our payment schedule that was going to work with our month-to-month budget.”

(Dentists are among the medical professionals who, at $285,000, average higher student loan debt than doctors of optometry.)

Dr. Baker says looking at their debt in steps—rather than as one huge number—makes it feel less intimidating. “It’s just like any big project,” she says.

Many recent graduates would bene­fit from student loan re­financing, but it’s important for new doctors to weigh all of their options first, says Alex Macielak, manager of business development at Laurel Road, an AOAExcel®-endorsed business partner. “They should be looking at their ­financial situation and their career holistically,” he says. “I wouldn’t look at it in a silo.”

For instance, most new doctors’ debt loads are primarily federal student loans, Macielak says. In that case, they might consider options including income-driven repayment, public service loan forgiveness and interest subsidy bene­fits. “Look at those ­first,” he says.

Consider re­financing if you know you’ll be paying off your student loans yourself, Macielak says. As an AOAExcel-endorsed business partner, Laurel Road offers student loan re­financing and an automatic 0.25% rate discount for AOA members. Many new doctors qualify for a lower rate, usually in the 4 or 5% range, depending on factors such as credit score, monthly cash flow and debt load, Macielak says. Refinancing, he says, can save some new doctors thousands.

Whatever your choice, try to do an annual audit of your student loan debt situation, Macielak says. Evaluate the market by checking out interest rates, research any legislative changes that affect your student loans and consider how salary changes could impact your payment plan, he says. “There’s no one-size-­fits-all approach to student loan repayment,” Macielak says.

Different paths for dealing with debt

Christian Bussey, O.D., a recent graduate of the Oklahoma College of Optometry, paid $0 in tuition for his last two years of school. The Indian Health Service (IHS) paid his tuition—and provided him a $1,500 monthly stipend—in exchange for a two-year commitment from Dr. Bussey that he would take a federal- or tribal-level job with the service after graduation.

“I probably would have done all four years,” Dr. Bussey says, “but I somehow didn’t realize it was an option when I started.”

Aspiring doctors and recent graduates have a variety of public and government service options to consider if they’re looking to reduce their student loan debt. In addition to IHS, other potential options include student loan assistance and forgiveness through the U.S. Armed Forces, the U.S. Department of Veterans Affairs and community health centers.

Use debt to inspire advocacy

As Andy Mackner, O.D., negotiated his starting salary at Edina Eye Physicians and Surgeons in Minnesota last fall, his more than $200,000 in undergraduate and optometry school debt was among his considerations.

“I set a minimum salary that I would accept,” he says, “and worked it out with the employer.”

Dr. Mackner, who graduated from the College of Optometry at Paci­fic University in 2018, says he paid just $43 a month toward his federal student loan through an income-driven repayment plan during his year-long ocular disease residency at Omni Eye Services in New Jersey. But during that time, his private loan payments cost him $1,480 a month.

“You see the numbers,” he says, “and it’s a little bit overwhelming.”

As a past president of the AOSA and a current member of the AOA’s Education Center Committee, Dr. Mackner says his student loan debt inspires him to advocate for his profession—and not just on general issues, such as expanding scope of practice. Along with the reauthorization of the Higher Education Act, another federal advocacy issue related to new optometry graduates is the inclusion of optometry in the National Health Service Corps student loan repayment program.

“[These] highlight the importance of both being involved and contributing to advocacy efforts with the AOA,” he says. “It’s far riskier not to be engaged in terms of your future.”

Join AOAExcel and endorsed business partner Laurel Road as they guide members through student loan best practices. Have a refinancing question? Ask in the comments and it may be answered during the webinar. Register to attend on Wednesday, Sep. 16, at 8 p.m. ET.