June 26, 2020
Doctors of optometry: Weather phenomenon curiosity for the eyes, though little cause for concern. 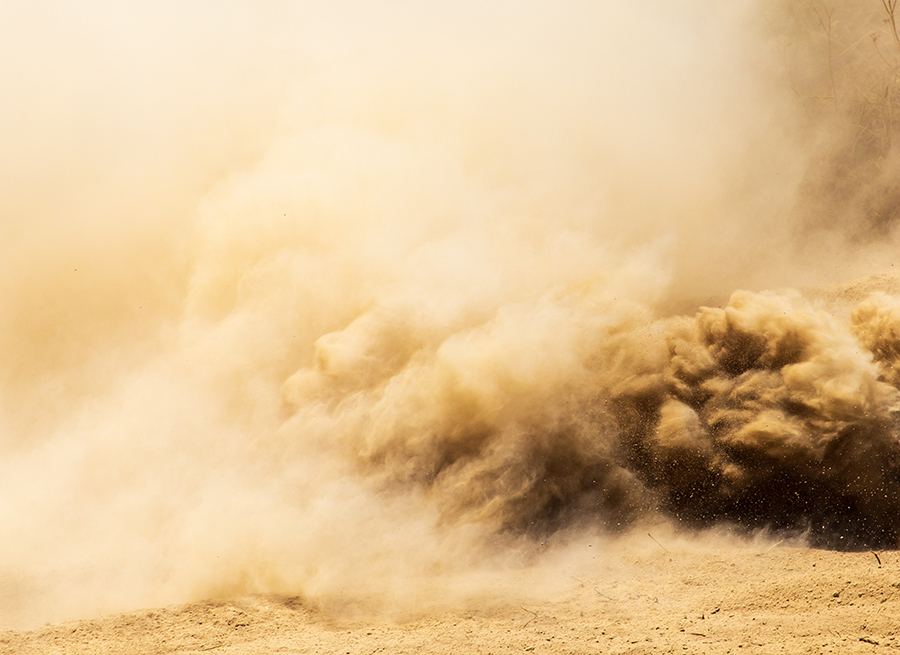 The huge plume of dust traveling 5,000 miles from the Sahara Desert to the United States has caught the eye of doctors of optometry.

The plume is news, given its size, distance traveled and the pretty sunrises and sunsets it's expected to produce. Tropical winds carry the plume from Africa, across the Atlantic Ocean and then the Gulf of Mexico before spreading across the southeastern United States.

The doctors say the dust has the potential to irritate some eyes, but mostly they viewed it as an interesting phenomenon. According to the National Weather Service on Thursday, the plume was about a mile above the Earth and measured 2.5 miles in thickness.

"Yes, the dust can affect the eyes just like any other dust storms that we have commonly in the U.S. during dry and windy weather events," says Kyle Klute, O.D., who owns Pacific Family Vision in Omaha, Nebraska and earned his undergraduate degree in meteorology and climatology from the University of Nebraska before optometry school.

"People may experience increased allergy-like symptoms of dry, itchy eyes in the affected areas," adds Dr. Klute whose practice is too far inland. "However, judging by this morning's satellite data ( see this link), it appears that the low pressure system currently over Houston will likely keep the dust from reaching too far inland and stay over the Gulf. If you watch the satellite, you can see the dust plume halt just off the coast and begin to decrease in density."

"My understanding from local weather forecasters is the plume is so high in the atmosphere that we will barely notice it, other than gorgeous sunsets (when it's not otherwise raining," Dr. Pierce says. "Also, the rain forecast for the next several days will also keep it from being much of a concern from an ocular perspective.

"Any concerned patients may want to stay inside as much as possible and use plenty of artificial tears when venturing outside," he says. "They may also want to look at the air quality in their area. They may want to keep an eye on that and be prepared to use artificial tears."

From meteorology to optometry

Dr. Klute says he made the switch to optometry so that he could serve people more directly. Growing up on a farm in Nebraska, He had always been fascinated with the weather. He'd also enjoyed math and science and was hoping to do research and teach in that field.

"However, I realized that the day-to-day work I was doing was too disconnected (for me) to make immediate impacts on people's lives," Dr. Klute says. "Providing a good forecast or researching the science behind the forecast would have led to helping people, eventually. But, there was very little connection and the building of relationships involved.

"That is why I chose optometry." he adds. "I could be in a science-based field and directly improve people's lives with my knowledge and expertise and, at the same time, build lasting relationships with them and the community."

For the record, he remains fascinated with weather. His focus in Nebraska tended to focus on other weather phenomena, such as tornados, thunderstorms and blizzrds, but he is aware of the plumes.

How would he suggest the public approach the plume?

"No special precautions are needed to be taken, other than having your camera ready for some potential good shots at sunrise and sunset," Dr. Klute says.