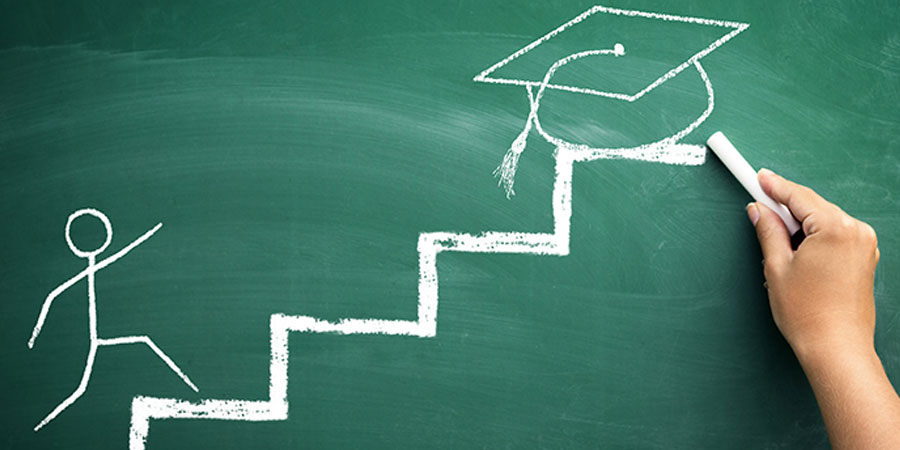 Rigorous educational standards ensure the profession's future meets the demands of modern medical optometry, which is why AOA cautions that recent licensing exam data should increase scrutiny of under-performing and developing programs.

Released jointly by the National Board of Examiners in Optometry (NBEO) and the Association of Schools and Colleges of Optometry (ASCO) on Jan. 9, the data detail the 2016-17 academic year pass rates of all three portions of the national licensing examination. Sorted by each of the 21 Accreditation Council on Optometric Education (ACOE)-accredited institutions, the data show that the majority of schools' ultimate pass rates exceeded 90%; however, seven schools' pass rates were below 90% and two were less than 75%.

Separate from this dataset, the NBEO's own statistical reports through March 2016 show variable pass rates for Part 1 of the exam with an apparent, general declining trend in recent years. Moreover, the AOA received reports that the August 2017 test administration also produced pass rates lower than those in previous years.

"Although doctors of optometry entering practice today are exceptionally well prepared to fulfill the profession's essential and expanding role in the health care system, just as their predecessors have been, we believe that timely action by all stakeholders, consistent with their respective duties and responsibilities, can and will strengthen the optometric education enterprise at a critical time and further solidify the public's trust in optometry," wrote AOA President Christopher J. Quinn, O.D., in a Jan. 18 letter to ACOE, co-signed by the entire AOA Board of Trustees.

That letter alludes to more than a dozen proposals for new optometry schools and programs currently in development, and reinforces AOA's support for ACOE Professional Optometric Degree (POD) Standards that maintain and produce high-quality, exceptional doctors of optometry. The AOA underscored several of these POD standards that all schools and programs—new and old—must meet to maintain the standard of excellence expected of the profession, including:

Recognized by the U.S. Department of Education and the Council on Higher Education Accreditation, the ACOE is the sole accrediting body for professional optometric degree programs.

"The just-released examination results merit full consideration by every organization with a recognized role in this process," Dr. Quinn and the AOA Board told the ACOE, while emphasizing AOA's commitment as an active participant in the development of standards for optometric education. It's for this reason that AOA encourages all stakeholders to remain vigilant, and take part in finding a solution that ensures strong schools for students and a strong profession overall.

The AOA has consistently supported strict standards and accreditation requirements to safeguard the quality of optometric education and the future of the profession. In the past, AOA convened a blue-ribbon panel of education experts to offer guidance on education standards, and participated with the community of interest at ACOE stakeholder meetings.

Most recently in 2016, the AOA weighed in with strong, detailed commentary to ACOE during its comment period for revised POD standards. Ultimately, these updated standards took effect July 1, 2017, and are mandatory for all programs evaluated thereafter. The AOA applauded the ACOE's upholding of POD standards at the time and was encouraged that only the highest-quality education is provided to optometry's future.