Encourage patients to ‘Start With Eye’

March 4, 2020
Two AOA public awareness campaigns coincide in March. Find out how you can help take them to new heights. 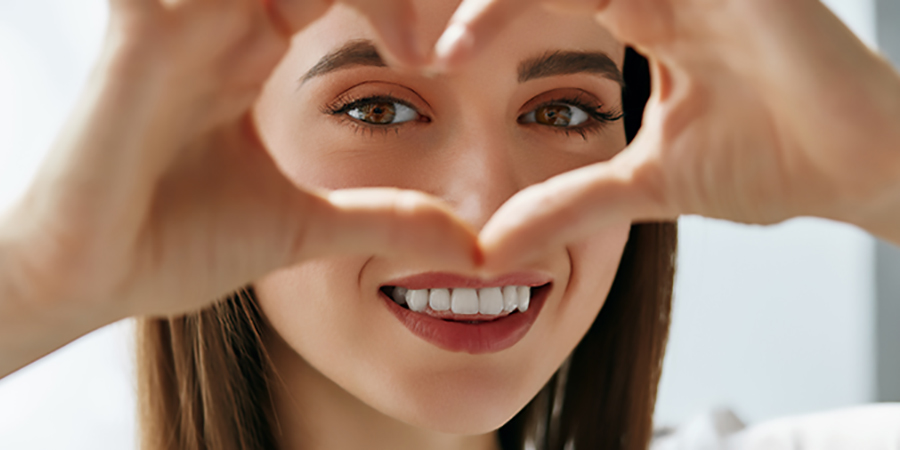 To help and heal people.

That's why many doctors of optometry, such as Matthew Jones, O.D., chose this profession. And this month, doctors will have a huge opportunity to help, heal and educate Americans on the essentialness of comprehensive eye examinations to their health-especially the 16 million Americans with undiagnosed or untreated vision impairments.

Growing up, Dr. Jones himself benefited from the care of a doctor of optometry. Neither his parents nor his older siblings wore glasses. When he was around 11 years old-and a budding baseball player-his production fell off. He couldn't see the ball as well as he had. So his parents scheduled an eye exam.

"Sure enough, I was pretty darn nearsighted," says Dr. Jones, who practices in Blytheville, Arkansas. "That certainly changed my life and my outlook on a lot of things. Optometry school was suggested to me by a friend who was in his first year at Southern College of Optometry (SCO). I applied, interviewed and was accepted at SCO, and the rest is history. I haven't looked back and wouldn't change anything."

Dr. Jones plans to work with his local chamber of commerce and others using AOA resources to support the AOA's paramount #2020EyeExam initiative.

"This is a great time to come together as a profession and utilize this once-in-a-lifetime opportunity to educate the public on eye health and wellness."

Coinciding with March's Save Your Vision Month (SYVM), the AOA's Start With Eye is a multi-phased campaign raising awareness of the benefits of in-person eye exams with an AOA doctor of optometry and removing the barriers stopping people from turning proper eye care into an ongoing part of their health care routine. Building on #2020EyeExam creative materials, the AOA has bundled together new, customizable resources to help doctors get the word out with ease.

"Each and every member doctor of optometry is passionate about providing high-quality eye and vision care that makes a difference in the lives of patients and their communities," says Barbara L. Horn, O.D.,

AOA president. "As the AOA and its affiliates know, our No. 1 priority is to ensure people understand the importance of annual eye examinations. It's the simplest step people can take to preserve not only their vision but also their overall health.

"A healthier America starts with the eye," Dr. Horn adds. "We're excited to partner with our affiliates, doctors of optometry and paraoptometrics all over the country to make the comprehensive eye examination a priority for the public."

On the heavy-laden calendar of health observances, SYVM is considered the AOA's national celebration of eye health. Each March, doctors of optometry take the time to reinforce within their communities what they preach every day in their practices: Eye health and vision care are essential to overall health.

SYVM didn't always have the high profile it does today. This annual awareness campaign grew out of Eyesight Conservation Week in 1924. Three years later, the title was changed to Save Your Vision Week. And In 1963, President Lyndon B. Johnson made it a weeklong national observance. It took foresight by the AOA House of Delegates in 2005 to expand the observance to a substantial month. Through the years, the AOA and its members have upped its profile.

"We've always seen it as our observance," Dr. Horn says. "In 2020, the AOA is taking the observance to new heights."

March's SYVM/Start With Eye activities include:

For parents, in particular, it's easy to deprioritize their own health while taking care of their children and elderly parents. So the AOA is reaching out to the public to Start With Eye and make a comprehensive eye exam a regular part of its health care routines. The AOA is partnering with families who have a strong online presence-and launched a dedicated "Start With Eye" page on the AOA website-to make 2020 the year everyone in the family visits an AOA doctor of optometry.

The AOA also publicized the results of a survey asking young people about their selfcare habits, so members and the public can get a better idea of what is getting in the way of them getting their exams.

"Based on a survey conducted by the AOA, the majority of Americans believe taking care of themselves is a priority with 90% claiming they live a relatively healthy life," Dr. Horn observes. "Yet, only about half of the U.S. population visits an eye care professional once a year.

"America can do better, and doctors of optometry can show them the way," she adds. "We want to help remove the barriers-whether it's lack of time due to work or family-that get in the way of them having their eyes examined by an eye care professional. They need to find time to focus on their health, to make it a habit. We're talking about a lifetime of eye care and vision health."

And because of that lack of time, the AOA has enlisted employers to help people take care of themselves.

"As doctors of optometry, we need to get out and make it happen," Dr. Neidigh says, speaking of the campaigns to raise awareness in local communities. "So many people don't get their eyes checked on an annual basis. What better year than 2020 to do that? This is the year we're asking the public to make it the year they get their annual, comprehensive eye exam."