January 31, 2019
Optometry practices felt the effects of a 35-day partial government shutdown with increased cancellations and lower patient numbers. Now, the threat of another shutdown looms large on the horizon. 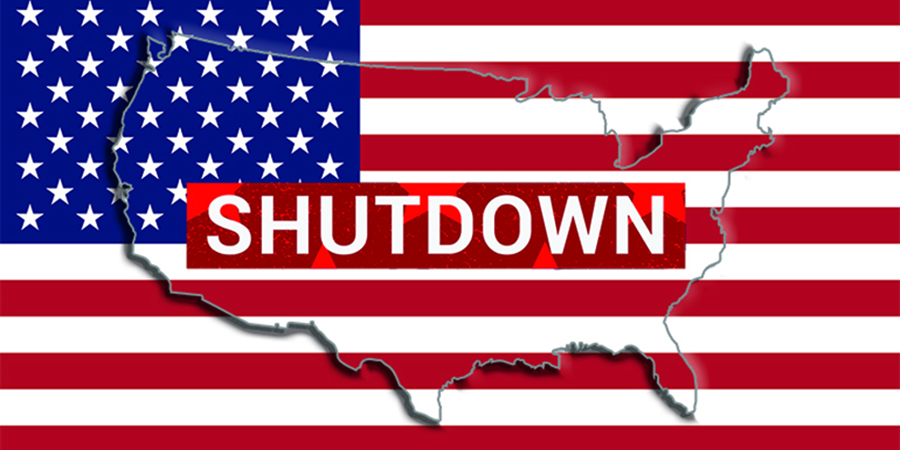 Thirty-five days later and the longest government shutdown in United States history—partial or not—came to an end, releasing a hold on some 800,000 federal employees' lives.

On Jan. 25, President Donald Trump signed a short-term bill that funded the nine, largely shuttered federal departments through Feb. 15 with the possibility of another shutdown still looming on the horizon. The temporary, three-week deal restored a bit of normalcy to government as federal employees returned to work and began receiving a month's worth of missed paychecks. But that delayed pay has already taken a considerable toll.

Five weeks of financial uncertainty ultimately cost the U.S. economy $3 billion in economic activity that won't be recovered now that a quarter of the federal government returned to work, the Congressional Budget Office (CBO) estimates.

Consecutive paychecks weren't the only thing on hold for federal employees who elected to delay routine health care or couldn't afford medical bills. The Office of Personnel Management (OPM) clarified that coverage through the Federal Employees Health Benefits program would continue despite premium payments through paychecks; however, it wasn't as clear with federal contractors.

So, too, questions surrounded the Federal Employees Dental and Vision Insurance Program (FEDVIP). Per OPM guidance, beneficiaries who pay premiums via deductions would be billed for those premiums after two missed pay periods and could face cancellation if not paid in a timely manner. With the shutdown spanning two pay periods, OPM and carriers participating in FEDVIP reportedly agreed to extend that grace period.

Then there was the possibility of delays in processing claims for flexible spending accounts, and even confusion about Tricare plans. The confounding and financially tight circumstances were enough to be noticed by optometry practices in communities with large populations of federal workers.

"We have noticed an increase in the number of cancellations for exams this month, concentrated in our Hinesville location," says Tim Hendricks, O.D., a practitioner near the U.S. Army's Fort Stewart outside Savannah, Georgia.

"My office manager had a patient cancel on Monday specifically because of the shutdown."

Overall, Dr. Hendricks says patient load may be down as much as five % from a year ago, and it's not only patients with FEDVIP who are concerned. On top of the government shutdown, rollout of new Tricare vision plan options have confused many patients. Dr. Hendricks says most patients didn't sign up for benefits and were unaware they could, compounding matters.

As that doctor explained, even leave for a routine dental appointment or taking a prepaid, planned family vacation during the shutdown would be considered 'AWOL,' Dr. Wright relayed. The effects were magnified on support staff, too. Often technicians and janitorial staff couldn't meet their bills

"People had to essentially borrow money or take loans or do without," wrote the doctor of optometry who spoke to AOA on condition of anonymity. "Many people used a food bank to provide for their families. I felt horrible [that] I could not contribute because I was worrying about making ends meet for my family, considering I did not know how long the shutdown would go on for and having only one income."

Despite the hardship, IHS/PHS doctors of optometry continued delivering eye care services uninterrupted. Ophthalmology referrals were processed as expected, although surgeons had to wait for payment until after the shutdown concluded. But for all this business-as-usual mentality, the shutdown itself has almost become another 'routine' mindset for federal service doctors.

The IHS/PHS doctor of optometry who spoke to AOA noted there is "very little optimism" that a deal will be reached in time to allay another shutdown, and on top of that, they're even scheduling for the eventuality of future shutdowns.

"We essentially mark the dates until the next shutdown on the calendar and plan accordingly," the doctor noted. "In my case, I am holding off on making my summer vacation plans until we are funded through the Fiscal Year. I have also started saving more money to plan for not receiving pay in the future."

But, it wasn't only outside military bases that doctors of optometry noticed the shutdown's affects. Local media reports show doctors of optometry affected in other communities, from Houston, Texas, in the wake of more than 3,000 furloughed NASA workers, to the New Mexico border.

Now, lawmakers are on the clock once again to ensure another shutdown doesn't occur in the next couple weeks, and federal employees aren't the only ones paying close attention.

"Hopefully this stays resolved and we won't go through this again (so soon)," Dr. Hendricks says.

Adds Dr. Wright: "I don't feel as though there is a lot of optimism that a deal will be reached, and I believe we are all thinking of the worst possible outcome—another shutdown. I hope for the sake of our IHS/PHS doctors that it doesn't happen again."