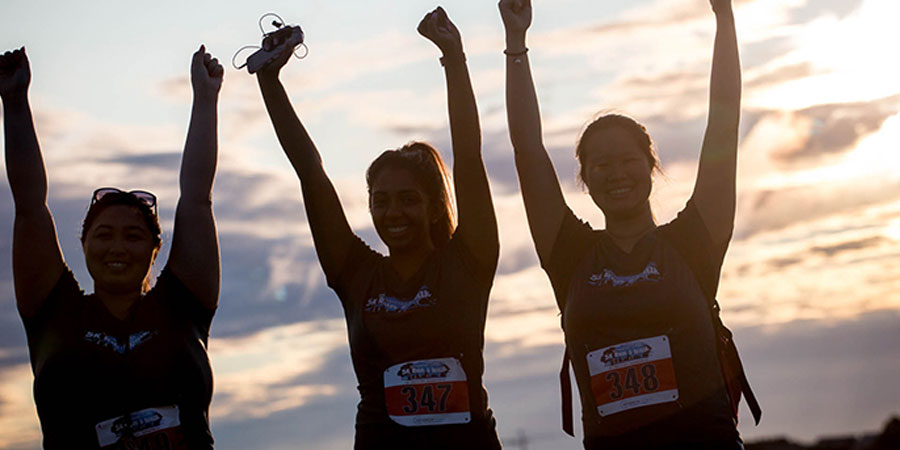 After another successful year, Optometry's Meeting® 2017 is in the books—and in more ways than one. That's because it was more robust than ever, not only offering the latest industry-leading continuing education and entertainment, but also combining the profession's premier meeting with a hallmark advocacy program and inaugural student and new doctor event that will resonate for years to come.

Catch up on all that Optometry's Meeting had to offer throughout the week, and read on to see what happened on Saturday's closing.

While last year's 'state of the association' address was titled, "Advancing on All Fronts," Hymes noted this year is characterized as "Going Further." That's because AOA made significant strides in 2016-17 to make sure optometry is heard, both among legislators and the public.

"At the direction and under the leadership of the Board of Trustees, the AOA is an organization that is mobilizing to be heard and to grow," Hymes told delegates. "At a time when other membership organizations are grappling with questions of change and purpose, we have a laser-like focus on what's important and we are pursuing it relentlessly. You need not look far to see how the labors and investments of the past three years are producing results."

Hymes cited the past week as an example, emphasizing the impact of Optometry's Meeting in Washington, D.C.—a three-in-one meeting that also included the student and new doctor AOA+, as well as the AOA on Capitol Hill advocacy program—in setting a tone for the profession.

As part of Hymes' address, a highlight reel captured media segments where AOA members spoke about the importance of in-person, comprehensive eye examinations, while also relaying survey results that showed not only the public's overwhelming trust that AOA is standing up for patients, but also the public's growing understanding of eye and vision health. That included optometry's public awareness campaign, Think About Your Eyes, which announced 1.15 million incremental in-office exams and a shortened patient exam cycle—24 months to only 14 months between exams—due to its mass advertising.

"This organization is being heard by the public, media, elected officials, industry, by our friends and foes, more often and more effectively than ever," Hymes said.

Before the final gavel strike and adjourn sine die, the House of Delegates finalized AOA's 2017-18 leadership for the coming year with the AOA Board of Trustees election and official swearing-in ceremony.

Christopher J. Quinn, O.D., of New Jersey, became AOA's 96th president and addressed the House of Delegates with a determined tone for the year ahead: "As we gather in our nation's capital, while our elected leaders debate health care reform, we stand ready to answer the call. We stand ready to be part of the solution to our nation's health care needs, and we know the needs are great."

Also elected Saturday by the House of Delegates was Fred Farias III, O.D., of Texas, as well as Ronald L. Benner, O.D., of Montana, and Jacqueline M. Bowen, O.D., of Colorado, re-elected to trusteeships.

The Pentagon served as a backdrop to the scenic Mt. Vernon Trail along the Potomac River for Optometry Cares®—The AOA Foundation 5K Run/Walk, sponsored in part by The Vision Council and Transitions®, on Saturday morning.

It's only fitting that Optometry's Meeting concluded on a harmonious note about eyes-fresh eyes, that is. Pop singer and crooner Andy Grammer rocked into the night at A Celebration of Optometry, sponsored by HOYA, performing his chart-topping hits, including the triple-platinum anthem "Honey, I'm Good," his platinum singles, "Keep Your Head Up," and "Fine By Me," and, of course, his current single "Fresh Eyes." Grammer's concert lit up social media, sending Optometry's Meeting out with a bang.