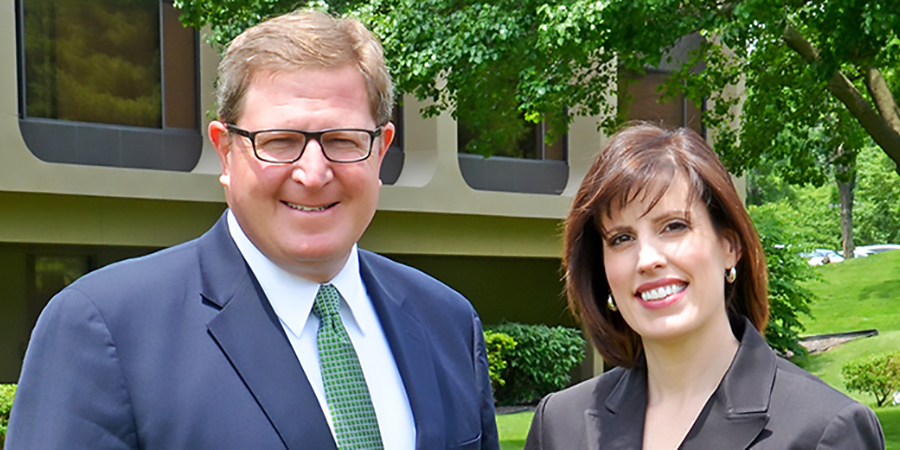 The AOA Board of Trustees has named Jon Hymes as executive director, according to David A. Cockrell, AOA president and member of the special committee that led a nationwide executive search.

"Jon Hymes is the staff leader our AOA needs to help us meet the opportunities and challenges facing our profession," Dr. Cockrell says. "For 10 years, the AOA Board, state associations, volunteers, members and staff have worked with Jon day and night to advance the cause of optometry and strengthen the AOA. With Jon Hymes as our executive director, our AOA will be an even stronger and more impactful organization."

"I am honored to have been selected as the AOA's new executive director," says Hymes. "I want to thank the search committee and the Board of Trustees for expressing their confidence in me as well as our doctors from across the country whose commitment to the practice and profession of optometry inspires every AOA staff person every day."

Hymes immediately appointed Renee Brauns, the AOA's chief operating officer since 2010, to the newly created position of associate executive director. The appointments are effective as of July 29, 2014.

Dr. Cockrell adds, "Jon Hymes and Renee Brauns are nationally recognized association executives who have served our AOA and our profession with distinction, and now will be doing even more for us. Their detailed knowledge of the organization, proven leadership and unique understanding of optometry's essential and expanding role in health care will help the AOA and our state associations ensure that we continue to position our members to thrive and succeed."

Hymes has served as AOA's interim executive director since February. He joined the AOA in 2005 as Washington office director, managing the widely recognized federal, state and third-party advocacy teams. He was the top lobbyist and advocacy strategist through a period of significant activity in health care policy and notable legislative and regulatory wins for optometry. Previously, Hymes spent a decade on Capitol Hill as a Congressional chief of staff and legislative and communications aide. He is a graduate of Syracuse University.

A native of Lido Beach, New York, Hymes holds a degree in economics from Syracuse University. He resides in Bethesda, Maryland, with his wife, Kim, and three children, and volunteers in local youth sports. He is a member of the New York Congressional Chiefs of Staff Alumni Group, the U.S. House Chiefs of Staff Alumni Association and the American Society of Association Executives.

Brauns, the interim deputy executive director this year, joined the AOA in 1999 and since 2010 has overseen St. Louis operations as chief operating officer. In 2013, Brauns was honored as one of the most influential women in the optical industry by Vision Monday for guiding the AOA forward, offering inspired leadership and achieving the highest levels of performance. A native of Illinois, she holds a degree in business management from Greenville College and is known by her staff colleagues and AOA's volunteers for her dedication to the mission of enhancing and advancing the profession of optometry to better meet the eye care needs of the public.