September 2, 2021
AOA members report wind and rain damage, but harder to overcome are widespread power outages in the greater New Orleans area—and it could be days to weeks before power is fully restored. Optometry’s Fund for Disaster Relief, created to help doctors of optometry in the wake of Hurricane Katrina 16 years ago, can aid doctors and students. 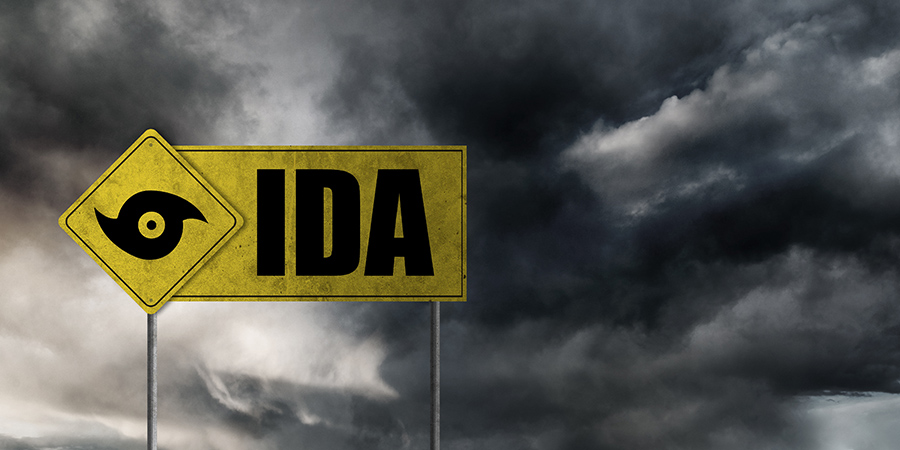 These days, the phone of Robert Janot, O.D., executive director of the Optometry Association of Louisiana, isn’t far from his fingertips. Such is life in the aftermath of Hurricane Ida.

The ferocity of Ida is still fresh, just a couple of days removed from the deadly hurricane slamming into the Louisiana coast before heading inland. Dr. Janot is checking on doctors of optometry and their families to see how they fared in Ida. Do you need anything? Dr. Janot asks. How can the more fortunate doctors help those not as fortunate?

“We are in the information-gathering phase right now,” Dr. Janot says, talking on the phone and texting simultaneously. “We had one roof off a practice. That’s an emergency need. The biggest problem is no electrical service. Some people had to leave the area to find accommodations.

“A few reported trees falling in their homes,” he adds. “Some homes have taken on a little bit of water. Some have generators. But most folks are going to be closed down—like it was during the pandemic. We will know a lot more as the week continues. We’ll need immediate help with cleanup, getting offices secured. Financial support during a time like this really is important but having someone to lean on is equally important.”

How you can help

A program of  Optometry Cares®—The AOA Foundation, the fund has:

“Optometry Cares and OFDR are available to help doctors and students who have had significant impact from the current storm,” says Peter Kehoe, O.D., president of Optometry Cares—The AOA Foundation. “We hope to be a rapid financial bridge for their practice or personal life until insurance or other resources are accessed.”

Supporting these doctors in disasters wouldn’t be possible without donations.

“While the majority of the OFDR funds come from our industry supporters, we also rely on our colleagues to help at times of need since, if they were in a similar position, all support would be appreciated,” Dr. Kehoe says. “We have many individual doctors who significantly contribute to Optometry Cares and OFDR, and we hope all doctors can look in their hearts and support their fellow and future colleagues at this difficult time.”

Doctors and students can  apply for aid or consider a  donation to help make certain that funds are available for those affected by disasters.

David Heitmeier, O.D., has a message on the website of his New Orleans practice: “In the wake of Hurricane Ida, both of our offices will be closed the rest of the week 8/31-9/3. Our team will be rescheduling appointments as we are able. Stay safe.”

Things were normal. Then the first bands of Ida’s drenching rain and driving wind arrived Sunday, Dr. Heitmeier recalls. It quickly deteriorated from there. Although the city’s newly rebuilt levees—built up after Hurricane Katrina—held up against the surge, the electrical grid failed. Dr. Heitmeier was prepared though. A generator was providing power to his home, which also sustained roof damage.

“It was a very powerful storm,” says Dr. Heitmeier, who shared a short video showing a pop-up river of water rushing by his home and howling winds that bent the trees in his yard.

Like Dr. Janot, Dr. Heitmeier was checking in with colleagues and staff, asking how he could help.

“Optometry is just a great family—we band together,” he says. “I’m doing fine or as well as you could expect.

“Katrina was a different animal,” he adds.

Katrina forced him to evacuate to Alabama; the levees failed in that instance. From August through November in 2005, his children attended school there and he worked on getting his practice back in order.

“We did whatever it took to get up and running,” Dr. Heitmeier says. “We are a resilient group.”

After Ida passed and it was safe to go out, Jarrett Johnson, O.D., M.P.H., explored her neighborhood checking for damage and checking in, house by house, on residents without power. She and her family rode out the storm in their home.

By contrast, Dr. Johnson had evacuated for a week after Katrina; her husband stayed in their home. Then, her children were younger, she explains, and there was more time to evacuate. As she has done in the past, Dr. Johnson also wanted to be available if needed to provide eye care to other first responders or patients with urgent eye care needs, for instance, removal of foreign bodies (i.e., drywall dust) from eyes.

Dr. Johnson was more prepared this time around. Ahead of Ida, she and her staff had reached out to patients in her practice to stock up on their contact lenses and pick up prescription glasses that had been ordered.

“Since Katrina, we have all of that in place,” says Dr. Johnson, whose practice uses a patient-engagement platform. “To all our patients, we sent out a text message or an email saying the storm is coming and if you need something, let’s get your prescriptions in. That’s one of the things we learned from Katrina.

“Technology now allows us to mass text and email patients,” she adds. “Patients take heed of it. The Friday before the storm, our office was just total mayhem. They came by to get their supplies; the glasses they had left there for three months.”

Now Dr. Johnson is looking ahead, regrouping and preparing to help her neighbors and other doctors of optometry. Although the outer parishes appeared very hard hit by Ida, she says, her home and practice escaped major damage.

Otherwise, Dr. Johnson says, “Once we get up and going with power, we’ll be good to go.

“We know what we need to do,” she says. “The big thing is being there to help people in need. Neighbors helping people. It’s in our blood. As soon as the mayor gives us the thumbs up, and they get some of these power lines and debris out of the streets, we will be more willing to open.”

They just don’t know when that will be.