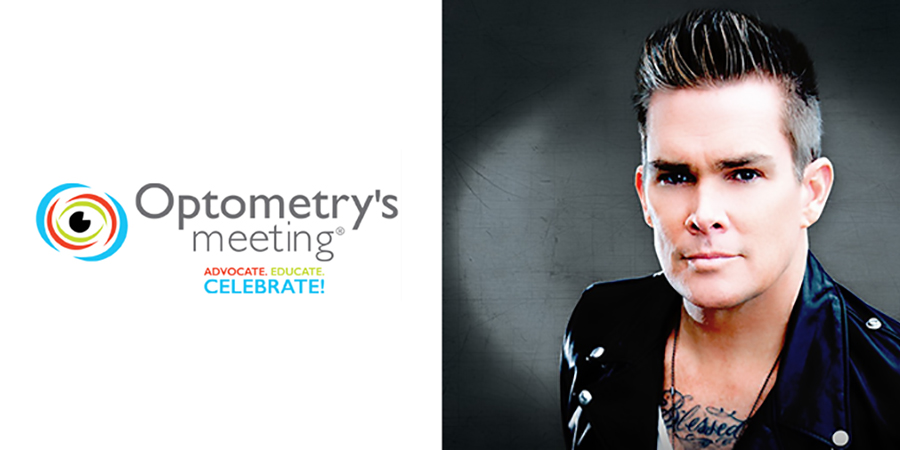 Of all the things to do in optometry's most auspicious year—2020—don't let Optometry's Meeting ®, June 24-28, in National Harbor, Maryland/Washington, D.C., go out the window and fade away.

Lovers of '90s music rejoice because Optometry's Meeting is celebrating this once-in-ever decade for the profession with a pop-rock star whose name is as instantly recognizable as his chart-topping lyrics. Mark McGrath's '90s Experience will headline the closing Celebration of Optometry, sponsored by Hoya Vision Care, on Saturday, June 27, at the Gaylord National Resort & Convention Center.

Few bands embody the look, sound and attitude of '90s alternative/pop rock more than Sugar Ray, and no member is more instantly recognizable than their frontman, Mark McGrath. In his new show, McGrath teams up with drummer Dean Butterworth—of Sugar Ray and Good Charlotte fame—for a high-energy, easy-to-sing-along show, packed with all your favorite '90s hits.

In addition to singing the big hits that kept Sugar Ray on the charts and a household name, McGrath and Butterworth will perform a variety of covers inspired by McGrath's time touring with some of the biggest Hip Hop and R&B artists of the '90s on the "I Love the '90s Tour." Always a crowd pleaser and always full of audience engagement and interaction, this show is guaranteed to keep you dancing.

It's that lasting '90s flare and notoriety that keeps McGrath in the public spotlight. Aside from more than a decade's worth of appearances on TV and films, McGrath also hosts his own SiriusXM radio show, "Mark McGrath's 120" on the "'90s on 9" channel, as well as touring with Sugar Ray on the "I Love the '90s Tour" and "Under the Sun Tour."

"This is my life's work and I'm honored that these songs I wrote have such a connection and meaning to people," he notes. "No need to ask me how long I'll be doing this, I can't imagine a life without performing these songs, and thankfully they seem to have a timeless quality."

There's certainly no good excuse for missing this once-in-ever opportunity to attend the profession's premier conference in the nation's capital in the profession's biggest year: 2020. With that mind, it's never too early to start planning your Optometry's Meeting experience in National Harbor, Maryland/Washington, D.C., June 24-28.

Early-bird registration rates are available now through April 1 to attend the profession’s premier event in Chicago. Don’t miss your chance and register now.

Inside the AOA Strategic Plan

The AOA Strategic Plan provides a lens through which all actions taken by the organization can be viewed, and the 11 members of the AOA Board of Trustees are charged with bringing that plan to life.

Optometry’s Fund for Disaster Relief provides immediate assistance to doctors to expedite their ability to provide critical patient care, as well as optometry students suffering property damage, during times of disasters. Learn how to apply for a grant or donate.