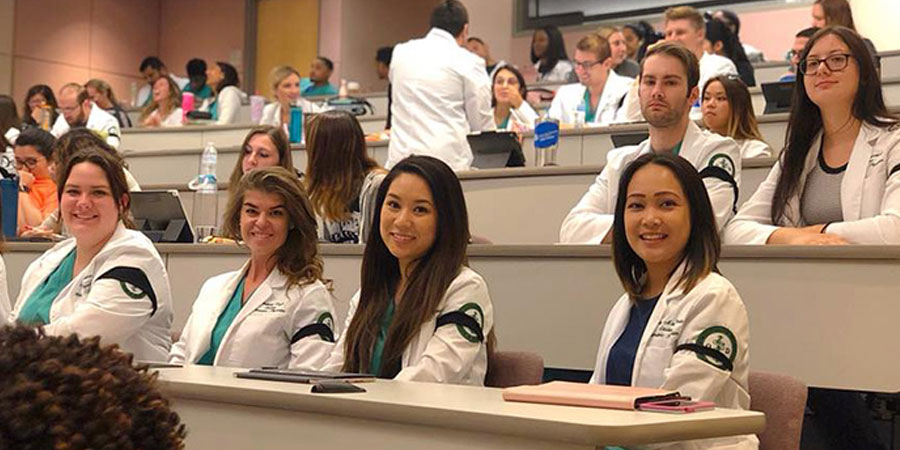 An "unprecedented" agreement to grant corporate naming rights to Nova Southeastern University College of Optometry (NSUCO) quickly fell through after a profession-wide call for academic autonomy sinks the deal. The AOA Board of Trustees called the school's deal with National Vision, Inc. "inappropriate" and mobilized to oppose it.

In an announcement circulated Monday, NSUCO and National Vision, Inc., mutually agreed to end their recently announced philanthropic gift that would have resulted in the renaming of the school to NSU National Vision College of Optometry "for an initial term of 10 years." All terms under the agreement were canceled, the press release notes.

Originally, NSUCO's announcement of the institutional naming rights agreement on Sept. 25 generated immediate reactions from current students and doctors of optometry alike, as well as the AOA Board of Trustees who took their concerns directly to the Accreditation Council on Optometric Education (ACOE) in a letter issued Friday.

Signed by AOA President Samuel D. Pierce, O.D., and the AOA Board of Trustees, the letter doubled-down on AOA's commitment to the preservation of unyielding, high-quality professional optometric education standards. Additionally, it questioned the appropriateness of NSUCO's ceding naming rights to a corporation frequently at odds with priorities advocated for by the profession's representative associations, the AOA and affiliated associations.

"Clearly, the students, faculty and alumni and the AOA raised the right concerns at the right time to help bring about this result," Dr. Pierce said Monday. "The lesson is clear: We must remain ever vigilant to protect and advance our profession."

The AOA Board of Trustees' letter noted that while corporate support of educational institutions is not new, the naming of an entire school is "inappropriate and suggestive of a relationship between the donor and the program that has the potential to influence the curriculum, especially as it relates to the development of practice skills through externship programs and other means." Corporate influence must be regulated by accrediting bodies to prevent one company's priorities influencing students' education and, ultimately, patient care, the letter said.

In that vein, the AOA Board of Trustees called on ACOE to review standards not only applicable to academic offerings but also clinical externship programs to safeguard the autonomy of such programs.

"This unanticipated and unprecedented development in our view merits action as soon as possible, in line with ACOE's established guidelines, for review and possible updating of the standards that apply to all accredited programs," the letter stated.

"It is our belief that ACOE's high educational standards have provided the foundation for optometry's advancement to physician status, greater scope of practice and an essential and expanding role in the health care system," the letter concluded.

The optometric education enterprise is at a critical juncture with multiple new or proposed degree programs in the years ahead, and AOA remains adamant that all academic institutions—current and emergent—continue producing exceptional doctors of optometry, well-prepared to fulfill the profession's essential and expanding role in the health care system. That's why AOA continues its advocacy and support of ACOE's strict optometric education standards that ensure the profession's doctors occupy a position of public trust regarding their medical eye and vision care needs.

Throughout the year, AOA's Board of Trustees have weighed in on pertinent issues related to optometric education, ranging from troubling pass rates for the national licensing exam to ACOE's review and adoption of Professional Optometric Degree (POD) Standards. Consistently, AOA underscores several key POD standards that all schools and programs, both new and old, must meet in order to maintain the standard of excellence expected of the profession, including:

The ability of programs to ensure at least 80% of graduates pass all three parts of the NBEO exam, or otherwise obtain a license within a reasonable time following initial matriculation.

Moreover, the AOA House of Delegates adopted a resolution in the 121st AOA Congress to affirm its support for fair, verifiable application of accreditation standards, including those of new programs, and for making full use of all information available relevant to student outcomes.

Ultimately, ACOE adopted revised standards for POD programs seeking preliminary approval for pre-accreditation status. These standards are for use by newly developing POD programs during the Stage Two Applicant Phase and will be mandatory for all programs evaluated on or after Jan. 1, 2019.

Read more about one of these proposed optometric degree programs recently denied by an institutional accreditor.