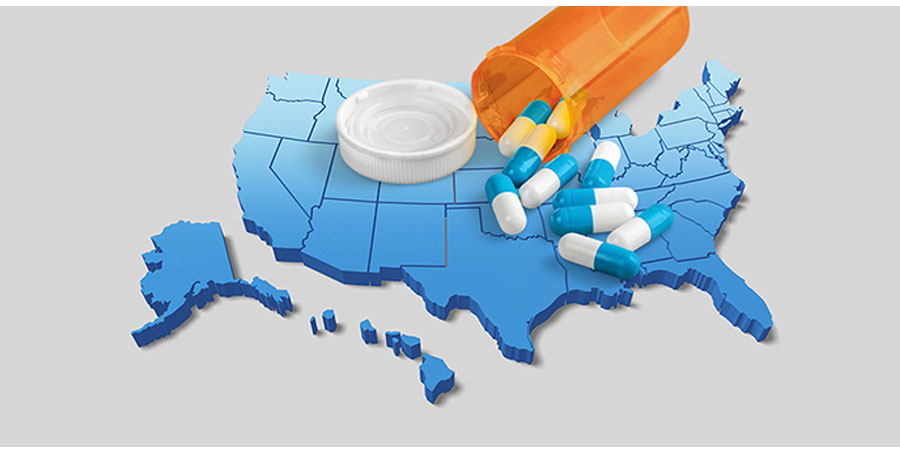 America's opioid abuse epidemic won't get better without a clear, concerted public health intervention, which is why the U.S. Surgeon General has recently updated guidance.

Released this past September, the Surgeon General's reference guide, Facing Addiction in America: The Surgeon General's Spotlight on Opioids, reinforces the call for a cultural shift in Americans' dialogue about the opioid crisis while also providing the latest facts and figures, as well as an action plan to reduce opioid misuse and overdose deaths.

Essentially a quick-reference guide to the milestone 2016 Surgeon General's report, the new spotlight presents roles, responsibilities and conversation about opioid abuse as a substance abuse disorder and offers a public health approach for community stakeholders to take coordinated action.

"The way we as a society view and address opioid use disorder must change—individual lives and the health of our nation depend on it," writes Surgeon General Jerome M. Adams, M.D., in the spotlight's preface.

By the numbers, opioid abuse and overdose has taken a dramatic toll on Americans. In fact, opioid overdose deaths were five times higher in 2016 than in 1999. Moreover, overdose deaths in 2017 increased nearly 10% and killed more than 70,000 Americans, per preliminary data from the Centers for Disease Control and Prevention (CDC). That's, in part, why the average U.S. life expectancy fell for a second year in a row in 2016—by about 1.2 months—notes the Surgeon General's report.

Those troubling numbers place an ever-greater emphasis on the importance of prevention, screening and treatment for opioid abuse disorder. While early interventions can help delay or prevent initiation of substance use and potential abuse, the report notes, primary prevention can begin in the health care setting with providers consciously using safe prescribing practices, as well as individually tailoring treatment to patient needs.

Opioid abuse disorder can be effectively treated, yet only one in four people with this disorder receive this specialty treatment. Therefore, it's important for health care providers to better identify and navigate these patients to appropriate care. But that change doesn't rest on health care providers' shoulders alone.

"I believe that the best way to address the opioid crisis is to work toward achieving better health through better partnerships," Dr. Adams writes.

"Through partnerships, we can address the overall health inequities and determinants of health that exist where we live, learn, work and play. Together we can reduce the risks of opioid misuse, opioid use disorder, and related health consequences such as overdose and infectious disease transmission."

One year ago, President Donald Trump declared prescription opioid abuse and drug addiction a nationwide public health emergency, mobilizing the administration to address the crisis by any means necessary. For its part, the AOA immediately informed the White House that optometry was ready, willing and able to help address this crisis. Vowing to cooperate with and assist federal agencies in that mobilization, the AOA immediately began work to help shape and implement the actions outlined by the president.

"This is an important moment for every doctor in America, and optometry is up to the challenge of doing more to make our patients, our communities and our country safer and healthier," Dr. Quinn said.

"Ideally, opioid prescribers should be the ones managing patients, but even doctors who haven't prescribed still have a role in monitoring and serving as a source for patients who may be addicted," says AOA Clinical Resources Group Director Beth Kneib, O.D. "We all have a responsibility to recognize the problem and be a part of the solution."

Want more information on optometry's role in the opioid abuse epidemic? Read the feature article "State of Emergency" in the March 2018 edition of AOA Focus.