May 7, 2019
The ASAE Gold Circle Award recognizes the success and effectiveness of AOA’s new membership recruitment campaign, launched nationwide this past year. 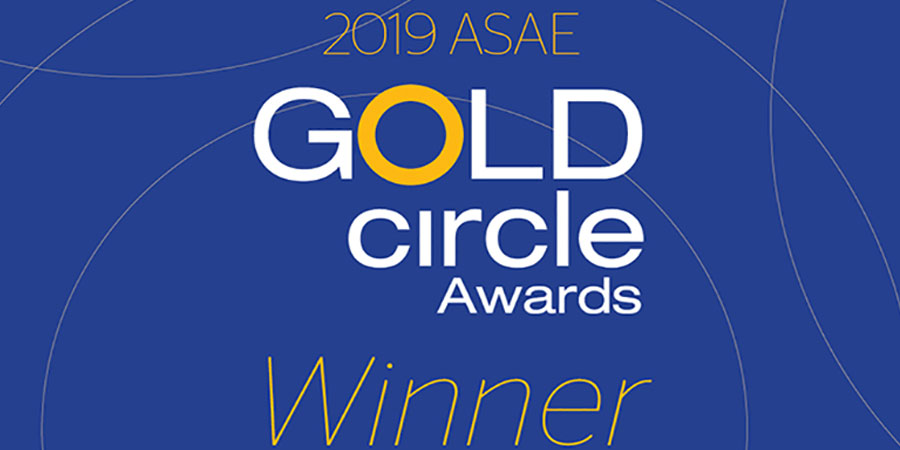 "United in Possibilities" is getting noticed by not only prospective members but also industry leaders who recognized AOA's nationwide membership campaign for excellence, innovation and achievement.

The American Society of Association Executives (ASAE) announced May 1 that the AOA's new membership initiative earned a 2019 Gold Circle Award in the Membership Recruitment Campaign category. With more than 200 entries across 15 categories, the Gold Circle Awards is a competition that recognizes the premier marketing, membership and communications programs among associations and nonprofits.

"This award, like all that the AOA achieves, reflects the essential, high-quality care our doctors of optometry deliver every day in communities across America," says AOA Executive Director Jon Hymes. "Thanks to AOA doctor and student members, and through the visionary efforts of the Board of Trustees, hundreds of volunteers, affiliates and a 94-person strong staff, we maintain a laser-like focus on serving our members and their patients while supporting the continued advancement of the practice and profession of optometry. Although our members know us as a leader, an innovator and a relentlessly effective force in health care, it is a high honor to gain this level of recognition from the nation's top peer professional associations."

"This recognition by the ASAE is especially significant because it is from association professionals who recognize that our approach to membership growth is innovative, collaborative and most importantly effective," says Curtis Ono, O.D., AOA Membership Development Committee chair.

Launched nationwide in late 2017 after a pilot program in Georgia and Minnesota, the "United in Possibilities" membership recruitment campaign is a collaboration between AOA and state associations that employs a fully integrated, multi-channel plan for demonstrating the value of membership to millennial doctors of optometry within 10 years of graduation. Prioritizing the importance of relationship building, the campaign actively engages these prospective members when and where they choose to interact, so the AOA's membership message remains front and center with the next generation of doctors of optometry.

Beyond traditional marketing that includes an online presence, emails, mailers and digital content, "United in Possibilities" emphasized the personal aspect: State associations developed Young Advocate Committees tasked to make connections with prospective members. Together, these strategies help communicate the thriving, vibrant future of the optometric profession as well as the importance of AOA membership.

Critically, the campaign exceeded its target conversion rate in its first year with almost 700 new members enrolled and thousands more seeing or interacting with the campaign's messaging. That's due, in part, to advanced research that identified four pillars of emphasis for AOA that still drives much of what the association delivers: advocacy, continuing education, public awareness, and clinical and practice management tools.

Importantly, the success of "United in Possibilities" means something greater for existing members. Larger membership in the AOA and state affiliates makes for a stronger association and a stronger profession, Dr. Ono says.

"Combining the science of marketing with engagement tactics and personal peer outreach is a winning strategy in achieving our goal of attracting millennial members," Dr. Ono says.