Foundation announces 2020 inductees into the National Optometry Hall of Fame

April 23, 2020
For 22 years, the National Optometry Hall of Fame has recognized and honored doctors of optometry who have made significant and enduring contributions to the optometric profession. 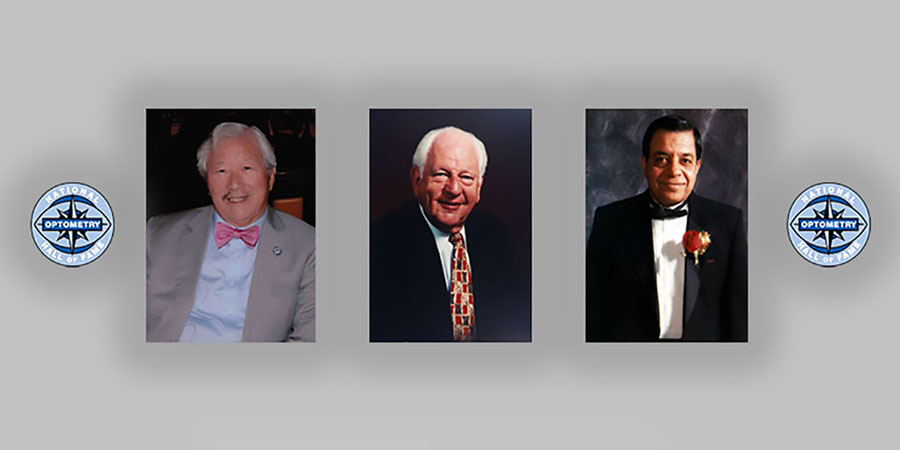 Three new inductees will be honored at a ceremony later this year and Michael Mittelman, O.D., who was selected in 2019, also will be inducted at the 2020 ceremony due to a scheduling conflict last year. 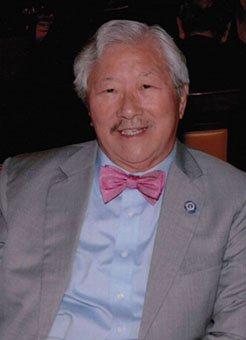 After graduating from the Illinois College of Optometry in 1959, Tony Chan, O.D., decided to pursue his profession in Albuquerque, New Mexico, where he became the first Asian American licensed to practice optometry in the state and among the first practitioners to provide vision therapy. Dr. Chan became active in the local optometric society, the Bernalillo County Optometric Association, where he was elected president in 1965. He went on to serve as president of the New Mexico Optometric Association (NMOA). During his time on its board and work on the legislative committee, Dr. Chan was instrumental in the passage of legislation that expanded scope of practice for use of diagnostic pharmaceutical agents, therapeutic pharmaceutical agents, oral pharmaceuticals and laser by doctors of optometry. The NMOA named him 1980 Optometrist of the Year and presented him with its 2006-07 Outstanding Contribution Award. After serving on several AOA committees for the AOA, he was elected in 1979 to its Board of Trustees, the first Asian American elected as a board trustee. He represented the AOA on one of the first People to People interprofessional exchanges at hospitals and clinics in China. 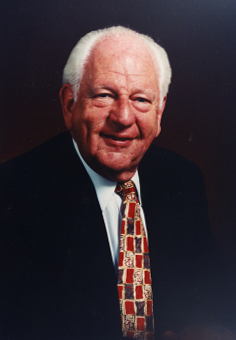 Born into one of optometry's "first families," inductee Robert Koetting, O.D., grew up watching his father, Felix Koetting, O.D., practice pediatric optometry and vision therapy. The young Dr. Koetting earned his doctor of optometry degree from Southern College of Optometry in 1947. He returned to his hometown of St. Louis, Missouri, and joined the family practice, which led to an interest in the emerging field of contact lenses. He quickly garnered an international reputation as an expert on the application of lenses. He later wrote and lectured on numerous contact lens topics, worked as a consultant to the contact lens industry, and served as an officer and active member of both optometric and contact lens organizations. In 1959, Dr. Koetting developed and patented the Tachistoscreen and an inexpensive slit lamp, among other devices that aided in the prescribing of contact lenses. He left the family business in 1961 to set up his own practice, one of the first in the nation devoted exclusively to contact lenses. Over his career, Dr. Koetting authored five books and more than 350 articles and scientific papers. He was named the AOA Contact Lens Person of the Year in 1988. He also was instrumental in establishing the University of Missouri-St. Louis College of Optometry. He was named AOA Optometrist of the Year in 1999 and remained involved until his passing in 2011. 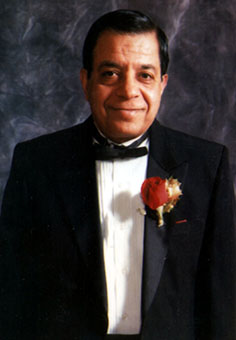 Satya Verma, O.D., received his initial optometric training at the School of Optometry, Gandhi Eye Hospital in Aligarh, India, in 1964. In the early '70s, he came to the United States and served for a year as an associate in optometry at the School of Optometry, University of California-Berkley. Later he transferred to the Pennsylvania College of Optometry (PCO), where he has been involved in academia for more than four decades. He earned his doctorate of optometry from PCO in 1975. He is currently an associate professor and director, externship program, at the PCO - Salus University. He has served with distinction in countless roles and developed a keen interest in geriatric optometry. He has amassed over 40 writings and publications and was chosen to participate on a Special Advisory Committee on Aging in 1980. He also was nominated by the AOA to serve as a representative to the 1981 White House Conference on Aging. Dr. Verma is a long-time member of the AOA and served as president of the Pennsylvania Optometric Association in 1996. He currently serves on the AOA's Ethics and Values Committee. In March 2019, he was presented with the National Academies of Practice's Nicholas Andrew Cummings Award for his exceptional contributions to interprofessional health care.

Dr. Steele, fondly known profession wide as “Bubba,” announced his retirement after 53 years as a pediatric vision provider and faculty member at Southern College of Optometry.