May 16, 2022
For 24 years, the National Optometry Hall of Fame has recognized and honored doctors of optometry who have made significant and enduring contributions to the optometric profession. 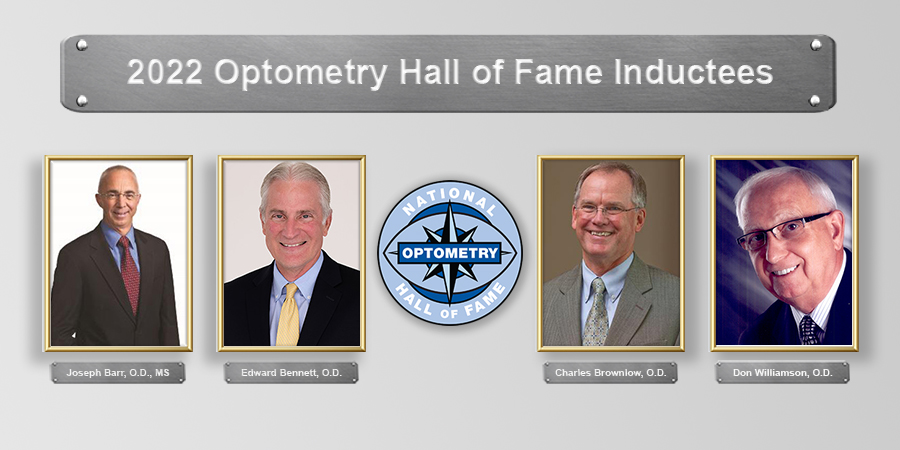 The inductees will be honored during the AOA Awards and National Optometry Hall of Fame ceremony on Thursday, June 16, from 8-10 p.m. during Optometry’s Meeting® in Chicago. 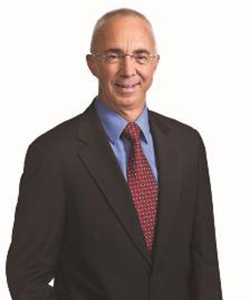 Dr. Barr is an Emeritus Professor of The Ohio State University College of Optometry (OSUCO). From July 2007 through June 2014, Dr. Barr was with Bausch + Lomb, primarily leading clinical and medical affairs teams and as a member of the Vision Care Leadership Team and most recently as vice president, medical affairs, pharmaceuticals & vision care. He returned to OSUCO in 2014 to start a clinical research group and retired in 2017.

Prior to that, he was with OSUCO for 24 years in various capacities, including associate dean for clinical services and professional programs. During his tenure, Dr. Barr also spent two decades as editor of the professional journal Contact Lens Spectrum. He was founding editor of the first electronic newsletter for eye care professionals, Contact Lenses Today. He has written over 50 peer-reviewed publications primarily in cornea, contact lenses and dry eye.

He is a former chair of the Section on Cornea and Contact Lenses and Refractive Technologies of the American Academy of Optometry and received its Max Schapero Memorial Lecture Award. He was a member of the Executive Committee and director of the Collaborative Longitudinal Evaluation of Keratoconus Photography Reading Center sponsored by NEI/HIH. He also spent three years as manager of clinical and materials research for Dow Corning Ophthalmics from 1989-1983.

He received his Doctor of Optometry degree and MS in physiological optics (vision science) and residency in cornea and contact lenses at OSUCO in 1977 and 1979. In January of 2020, he received the Global Specialty Contact Lens Congress Outstanding Achievement Award. He is a co-founder of Lentechs, LLC, which has multiple patents on a contact lens designed based on natural structures of the eye to be suspended from the upper eyelid to provide spectacle-like vision for presbyopia as well as astigmatism. He is currently VP of development and chief medical officer of Lentechs. 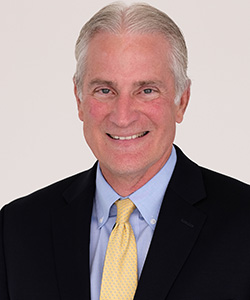 He has authored over 200 publications including 14 texts and lectured at over 340 scientific and continuing education symposia. He is a recipient of both the Dr. Josef Dallos Award and Leonardo da Vinci Award (CLMA), the Distinguished Service Award (GPLI), the Achievement Award, the Frank Fontana Award, and the Legends Award (AOA Contact Lens and Cornea Section), the Dr. Leonard Bronstein Memorial Award, the Global Specialty Lens Symposium Award of Excellence, the Annual Kevin Tuohy Memorial Award (CLSA), the University of Houston College of Optometry Award for Distinguished Research on the Cornea and Contact Lenses, the University of Missouri-St. Louis Chancellor’s Award for Excellence in Teaching, the American Optometric Foundation Michael G. Harris Award for Excellence in Optometric Education, the National Keratoconus Foundation Ambassador Award, The Dr. R.A. Koetting Memorial Award from the St. Louis Optometric Society, and the second annual Distinguished Alumni Award from the Indiana University School of Optometry. He was named one of the 50 most influential optometrists in America by Optometric Management and was honored as one of the 30 most influential in contact lenses in the past 30 years by Contact Lens Spectrum. He is a past member of the Education Committee of the Global Specialty Lens Symposium, an editorial review board member for Review of Optometry, an expert contributor to allaboutvision.com, and an editorial board member for Review of Cornea and Contact Lenses. 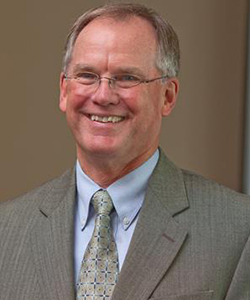 A graduate of the Illinois College of Optometry (ICO), Dr. Brownlow opened his practice in Weyauwega, Wisconsin, in September 1971. In 1973, G.R. Leach, a past president of the Wisconsin Optometric Association (WOA), asked him to serve as president of the Wisconsin Valley Optometric Society (WVOS), a regional affiliate of the WOA. Dr. Brownlow agreed and began decades of service to the profession through service to the WOA, the North Central States Optometric Council (NCSOC) and the AOA.

He co-founded the AOA Aviation Project, in which more than 30 doctors donated their time at the Experimental Aircraft Association event to provide eye care and vision-related information to pilots and other attendees. The project ran for several years in the 1990s and early 2000s. He created tools to assist optometrists and staff members to accurately choose codes for reporting procedures to insurers and has presented hundreds of lectures to doctors and staff in all 50 states regarding national rules relative to reporting professional services to Medicare and other insurers. 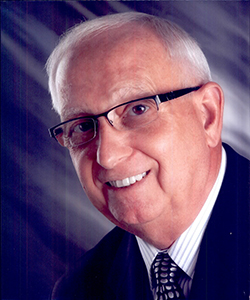 Don Williamson, O.D., graduated from Southern College of Optometry in 1967. He started his optometric practice in 1973 in Cape Coral, Florida, after serving as the chief of eye services for the Diplomatic Medical Mission during the Vietnam War in Bangkok, Thailand. He became a dedicated practitioner to thousands of patients who appreciated his commitment to quality eye care and his community.

Dr. Williamson’s accomplishments include numerous local, state and national honors. He was chair of the Cape Coral Hospital Board of Trustees for 10 years, a past president of the Southwest Florida Optometric Association, Florida Optometric Association (FOA) and SECO International. He was honored by the FOA as Optometrist of the Year and Optometrist of the Decade. He was recognized as Optometrist of the South by SECO International. Two of his greatest accomplishments were given by the AOA as National Optometrist of the Year and the AOA’s Distinguished Service Award, the highest honor given by the AOA. He was one of only five optometrists at the time in the history of the AOA to receive both awards. He served eight years as the chair of the AOA Federal Relations Committee and was a member of the AOA Optometry Awareness and Public Affairs Committee.

Dr. Williamson passed away in 2011 after a hard-fought battle against pancreatic cancer. His legacy lives on as Williamson Eye Center has been serving the Cape Coral community and his profession for almost 50 years. He is survived by his loving wife Rusty and sons Don Jr. and Dr. Chris Williamson.

As optometry’s premier philanthropic and charitable organization, Optometry Cares®—The AOA Foundation is committed to raising awareness about the importance of eye health, increasing access to vision care, and providing support to doctors of optometry and students in need. Make a donation to support Optometry Cares.