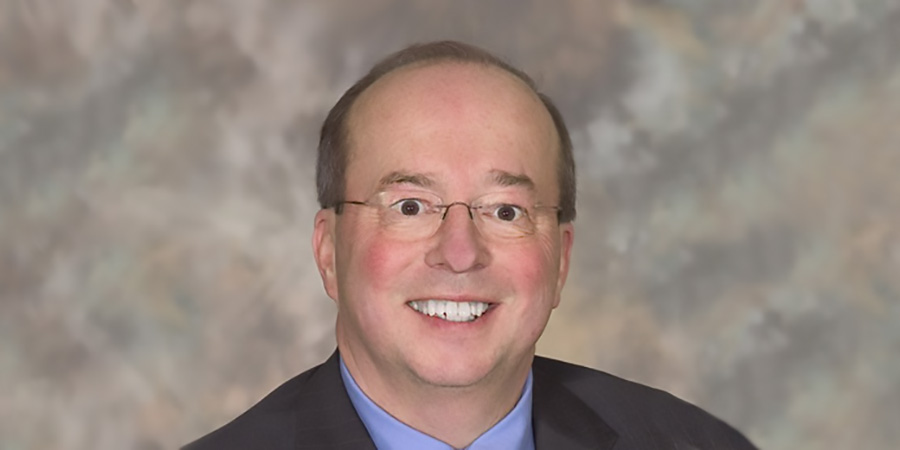 It is with great sadness that the AOA notes the passing of Richard L. Wallingford Jr., O.D., after a years-long battle with cancer. Dr. Wallingford, the 84th president (2005-2006) of the AOA, was an exceptionally caring doctor, a visionary leader for the profession and a powerful voice on the national stage for expanded patient access to optometric care.

Originally from West Forks, Maine, Dr. Wallingford graduated from New England College of Optometry (NCEO) before opening practices in Lincoln and Greenville. An active voice in the profession, Dr. Wallingford was a tireless advocate for optometry in the Maine Optometric Association (MOA), and later the World Council of Optometry. He also served as Senior Director of Professional Affairs at Johnson & Johnson. Dr. Wallingford was awarded an honorary degree from NECO in recognition of his numerous achievement for the profession in 2015.

An avid outdoorsman, Dr. Wallingford was a registered Maine Whitewater guide on the Kennebec and Penobscot Rivers, and a member of the volunteer ski patrol at Squaw Mountain.

The AOA family—especially the generations of volunteers and member doctors who were fortunate enough to know and work with him—maintains a deep and lasting respect for Dr. Wallingford's dedication to furthering the profession and patient eye health and vision care.

"Dr. Wallingford bravely battled cancer since 2000, and through it continued his service on the AOA Board and to the optometric profession-and our patients-with an unmatched attention to detail and insight. He engaged everyone he met with optimism and warmth, and I was honored to call him a friend. He is survived by his wife, Elaine, and their children and grandchildren," says AOA President Andrea P. Thau, O.D.

Dr. Wallingford's involvement and record of accomplishment with the MOA and the AOA will continue to inspire doctors of optometry to excel as physicians, community leaders and respected national authorities on essential care.

In his memory, donations may be made to the International Myeloma Foundation at myeloma.org.