Arthur B. Epstein, O.D., remembered for profound impact in optometry

October 6, 2022
The former AOA Contact Lens & Cornea Section chair, prolific author and respected authority on health care innovation, passed away on Sept. 27 at the age of 71. 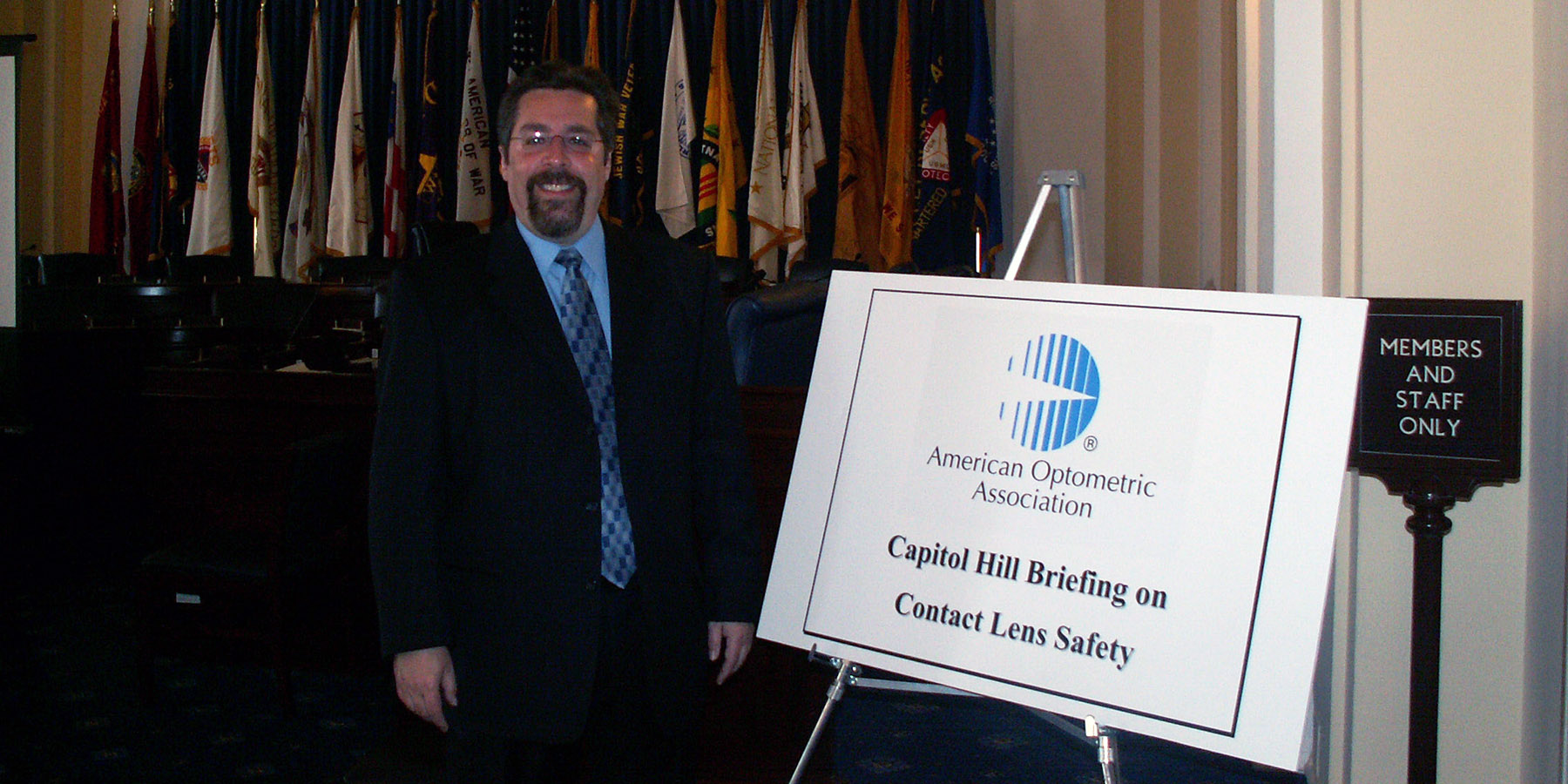 Arthur (Art) B. Epstein, O.D., is being remembered profession-wide for his profound impact as not only a prolific author, lecturer and clinician but also a staunch advocate for optometry. The native New Yorker died on Sept. 27, at the age of 71.

A 1977 graduate of the State University of New York College of Optometry where he became the college’s first ocular disease resident. After practicing for decades on Long Island, Dr. Epstein took this expertise to Phoenix, Arizona, where he would establish a practice with his wife, Shannon Steinhäuser, O.D. Here, Dr. Epstein served as clinical research director at the practice’s dry eye and ocular surface disease center.

Thoroughly involved within the profession, including founding the Optometric Dry Eye Society and participating in the seminal TFOS DEWS II report, Dr. Epstein was a member of the Arizona Optometric Association (AZOA), the American Academy of Optometry, the British Contact Lens Association, the International Society of Contact Lens Specialists, the National Academies of Practice, and the AOA. A past chair of the AOA Contact Lens & Cornea Section (CLCS), Dr. Epstein led the AOA’s response to the fusarium keratitis outbreak in the mid-2000s, appearing on ABC’s Good Morning America as well as other international media outlets. Additionally, as CLCS chair, 2005-2006, Dr. Epstein spoke on matters of contact lens safety before the U.S. Congress.

In June 2020, Dr. Epstein joined AOA Advocacy staffers to meet with Federal Trade Commission (FTC) staff as part of a discussion of proposed changes then regarding the Contact Lens Rule. Dr. Epstein explained how the proposed changes, in fact, accomplished the exact opposite of the FTC’s stated goal of “protecting consumers by stopping unfair, deceptive or fraudulent practices in the marketplace.” What’s more, Dr. Epstein would devote time in his weekly e-journal, Optometric Physician, to share his advocacy experience and call on doctors to get more involved in advocating for the profession.

As an author, Dr. Epstein published hundreds of articles, scientific papers and book chapters. He was a contributing editor for Review of Optometry and executive editor for Review of Cornea and Contact Lenses, as well as founder and chief medical editor of Optometric Physician. In addition to serving as reviewer for numerous clinical and scientific journals including Cornea, Eye and Contact Lens, and the American, British and Indian journals of Ophthalmology, Dr. Epstein was an accomplished lecturer who spoke internationally and in more than 50 countries.

The recipient of numerous professional awards and honors, including AZOA’s President’s Award in 2011 and AZOA’s Keyperson of the Year Award in 2016, Dr. Epstein was ranked No. 1 in Newsweek’s America’s Best Eye Doctors 2021.

Mile Brujic, O.D., AOA CLCS member and optometric lecturer, recalls his first meeting with Dr. Epstein in February 2006 at SECO. Dr. Brujic spotted the Optometric Physician columnist—whom Dr. Brujic read each week—from across the exhibit hall and approached to introduce himself. Their impromptu, 5-to-10-minute conversation would continue later that evening as the two happened to be at the same dinner.

“We got a chance to know each other better and over the next 16 years, we had a chance to work on several projects together,” Dr. Brujic says. “He was always available for guidance and for the tough questions. His perspective was always insightful, and he was one of the hardest working people I ever met. He was never satisfied with the status quo and always continued to increase his knowledge and perspective.

“Art was one of a kind. You will be missed Art, but never forgotten.”

AOA CLCS Past Chair Melissa Barnett, O.D., adds : “Art Epstein was a visionary in eye care and a mentor for so many of us in eye care. Although he will be missed greatly, his legacy will live on.”

Alan Glazier, O.D., founder of FluoreSCENE media, recalls a friend and mentor who could always be counted to provide straight, unfettered feedback.

“Art was the real deal. He told it like he saw it,” Dr. Glazier says. “His opinion wasn’t always what you wanted to hear, and it wasn’t always popular; often quite the opposite. He was refreshingly honest and genuinely pushed for what he thought was best for the profession. He was also someone who wasn’t afraid to admit when he was wrong and modest when he was right. He had a giant intellect, insatiable appetite for knowledge and was a great friend and mentor. I’ll sorely miss knowing he’s there to bounce ideas off of.”

Stacey Meier, O.D., AZOA executive director, noted the sadness of learning about Dr. Epstein’s sudden passing: “Art was a strong advocate for optometry and was always eager to help the Arizona Optometric Association whenever asked. Art lectured many times at our congresses in the area of contact lenses, and I could always count on him and Shannon to provide the latest information on dry eyes.”

An obituary and service information were not available at the time of publication. The AOA will update this article as details become available.