September 14, 2021
Not sure how to begin your journey as an advocate for optometry? According to an AOA Distinguished Service Award winner, the key is developing relationships with legislators and their staffs. Plus, more tips on advocating successfully. 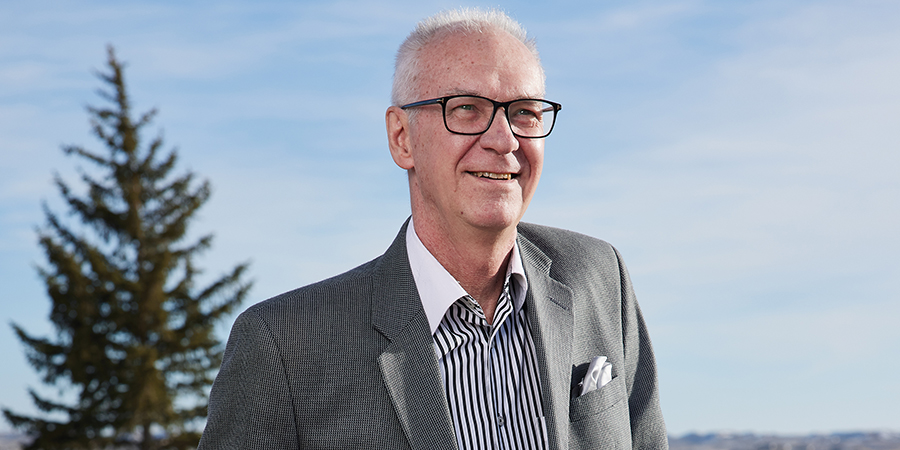 Excerpted from page 21 of the May/June 2021 edition of AOA Focus.

These were the testimonies in nominating letters on behalf of Roger Jordan, O.D., owner/partner of Gillette Optometric Clinic in Wyoming, who was honored with the AOA Distinguished Service Award in 2020.

A longtime patient praised Dr. Jordan for fitting his contact lens over his “very elongated” cornea. “It has been and continues to be my good fortune to be a patient of Dr. Roger Jordan.”

Carol Lovell, CPOT, CPOC, cited Dr. Jordan for repeatedly going above and beyond for his patients, including veterans and a patient who needed cataract surgery to get a job. “Dr. Jordan has demonstrated exemplary dedication and commitment to the profession of optometry at many levels.”

U.S. Sen. Michael Enzi, who represents the state of Wyoming, added, “As a member of the Health, Education, Labor Pensions Committee, charged with protecting the health of Americans, I greatly value and rely on Dr. Jordan’s professional expertise and opinion. And yes, he does my eye exams as well.”

A common thread runs through these testimonials—they show Dr. Jordan’s commitment to advancing the profession of optometry. In an excerpt from AOA Focus, Dr. Jordan shares his passion for advocacy.

How did your involvement in advocacy begin?

After I moved to Wyoming, I joined an already established practice, which probably made it easier for me to get involved in advocacy. I had no prior interest and had never been involved in college. But, because I didn’t have to build a practice, I asked to get on the board of directors of the Wyoming Optometric Association. I wanted to help move the profession forward. An opening came up for the AOA’s Congressional Advocacy Conference in 1983. No one else raised their hands, and I said I’d do it. The meetings helped me learn how to advocate and I’ve never looked back. I’ve been to virtually every meeting since. (Only a blizzard kept me from attending one year.)

You served for 17 years on the AOA Federal Relations Committee, including six years as its chair. What did you learn about advocacy in that time?

The key to advocacy is developing relationships. You also want to develop a relationship with their staffs. I have had good relationships with Alan Simpson, retired U.S. senator for Wyoming, then U.S. Sen. Mike Enzi, who succeeded Sen. Simpson, and now Sen. John Barrasso. You have to appreciate who you are meeting with. My very first meeting was with Dick Cheney, who at the time was representing the state of Wyoming in the U.S. House of Representatives (and later became vice president under George W. Bush). When I met him the first time, he started talking about hunting and that broke the ice. Having a relationship is how you build trust on the issues. Relationships lead to deeper conversations on issues impacting optometry.

How do you build those relationships, and can you offer some other tips on advocating successfully?

Make the relationship about them, not you. Eventually, you work around to the issues you want to talk about and what these issues can do for the community, for patients. You must be able to present issues and answer questions—think on your feet, quickly. We stress at advocacy meetings to tell them the truth about what’s going on. And if you don’t know the answer to something, tell them you will find the answer and get back to them.

What might you say to new doctors who think they might not have time to get involved with advocacy?

You’ve got to make time. Without advocacy, we might not have a profession. Initially, start small with local mayors and council people and then later, move on to state legislators. If you really enjoy it, though, it may take a little more time; go up to national. One person can make a difference with a lawmaker or policymaker if you build a relationship with them.

To learn about your legislators and contact them regarding the AOA’s priority issues, visit the AOA Action Center.