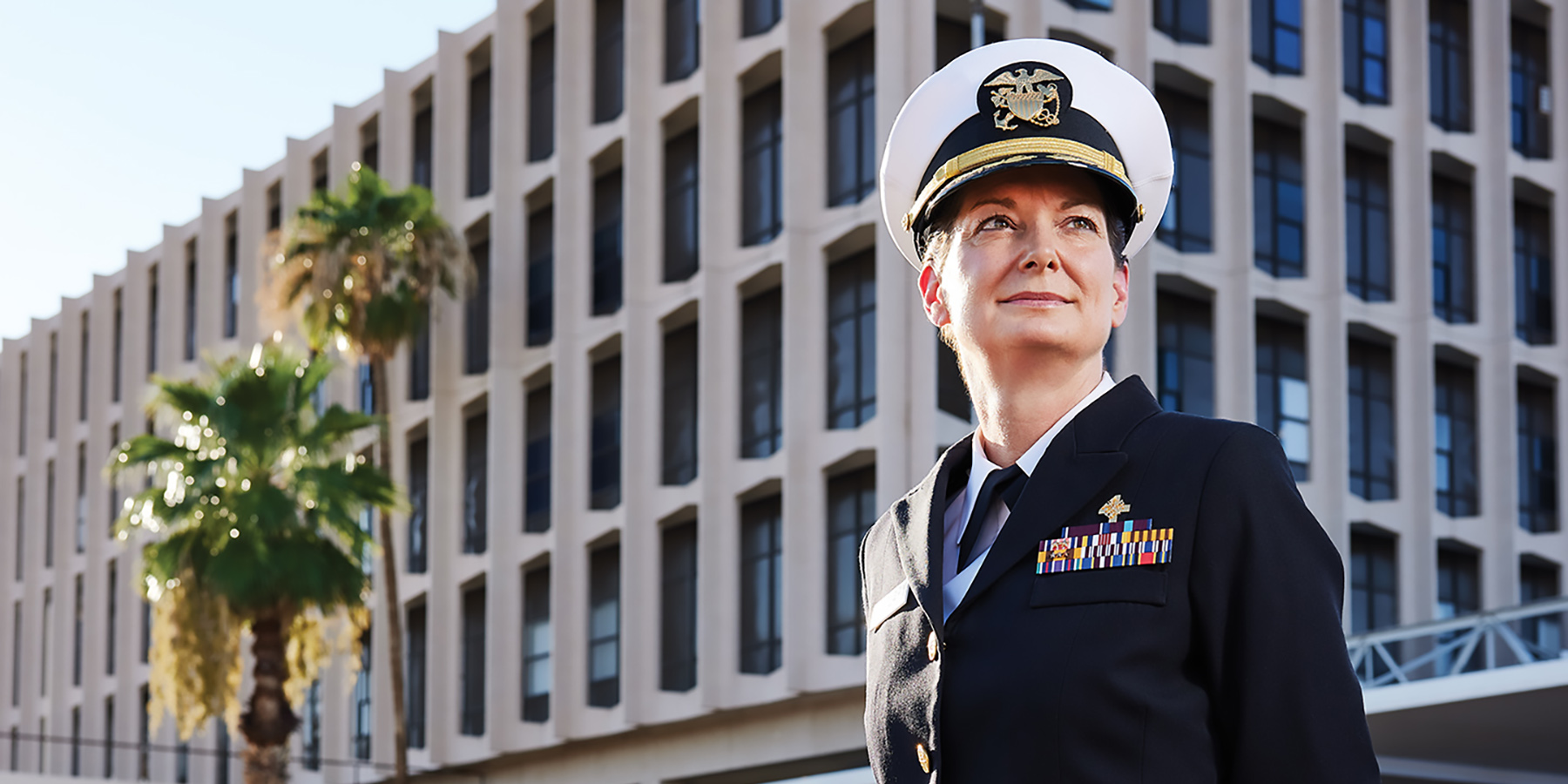 Excerpted from page 16 of the November/December 2022 edition of AOA Focus.

The daughter of two U.S. Public Health Service (PHS) officers serving in the Indian Health Service (IHS), Dr. Clary wanted nothing more than to follow in those footsteps.

“The only thing I ever thought about doing was serving the Native American people with the Indian Health Service because that’s where I grew up,” she shared at Optometry’s Meeting® 2022 in Chicago, where she was honored with the AOA’s 2022 Distinguished Service Award.

Sure enough, upon graduating from the Pacific University College of Optometry, Dr. Clary started her IHS career at the Gallup Indian Medical Center in New Mexico before transferring to the Phoenix Indian Medical Center (PIMC) in 1997. She has been at PIMC ever since, but her work knows no bounds.

Serving the past seven years as IHS Chief Clinical Consultant for Optometry to the U.S. Surgeon General, where she advocates for all PHS/IHS doctors of optometry, Dr. Clary helped increase doctors’ pay—the first significant and permanent increase in more than 20 years—while also creating a standardized optometry position description to allow doctors to be hired at a GS-12 level. She has helped grow IHS optometry positions by over 25%, as well as residencies by 20%, in her time.

Additionally, Dr. Clary serves as the national director of the Joslin Vision Network (JVN) Teleophthalmology Program, a nationwide screening and diagnostic program that increases access to care for American Indian and Alaska Native (AI/AN) diabetic patients. The program has been called a forerunner for tele-optometry with over 30,000 images professionally interpreted each year. What’s more, Dr. Clary has started or reestablished clinics across Arizona and New Mexico and expanded optometric clinic staff at the PIMC to ensure patients have access to vital eye health and vision care services.

“To know that you’re helping people, you’re serving the community and you’re doing good work is enough, but if you can do more, then you take that opportunity,” she says.

In a Q&A with AOA Focus, Dr. Clary discusses her extensive service in the IHS and extending care to traditionally underserved communities.

How did you initially get involved in the IHS, and what has kept you there?

My parents, whose careers were in the Indian Health Service, motivated me to pursue working with an underserved community. It seemed natural to follow the positive example they provided. I have had many great experiences learning about Native American cultures and the different tribes we serve. Getting to know our patients and their strong cultural beliefs and providing the best quality care possible has been very rewarding.

You’ve held numerous roles with the IHS; describe your current role as director of the IHS/JVN Teleophthalmology National Reading Center.

The IHS/JVN Teleophthalmology Program is a national screening and diagnostic program that increases access to care for AI/AN diabetic patients. This nationwide program includes over 100 sites within 24 states and involves the deployment of digital imaging technology to both rural and urban underserved communities, providing earlier diagnoses for a variety of retinal conditions.

You’ve made a long career in the IHS. What would you tell a future optometrist about pursuing this level of federal service?

Optometry within the Indian Health Service is an exciting and gratifying career. Providing the highest quality optometric care to the AI/AN people can be challenging at times. A significant portion of the patient population lives in rural locations. The number of patients needing both routine and specialty care is significant, requiring a multidisciplinary approach to care.

Nominations open for 2023 Paraoptometric and Hall of Fame awards until Feb. 13

View the rules, criteria and nomination forms for the AOA annual awards.

Dr. Steele, fondly known profession wide as “Bubba,” announced his retirement after 53 years as a pediatric vision provider and faculty member at Southern College of Optometry.