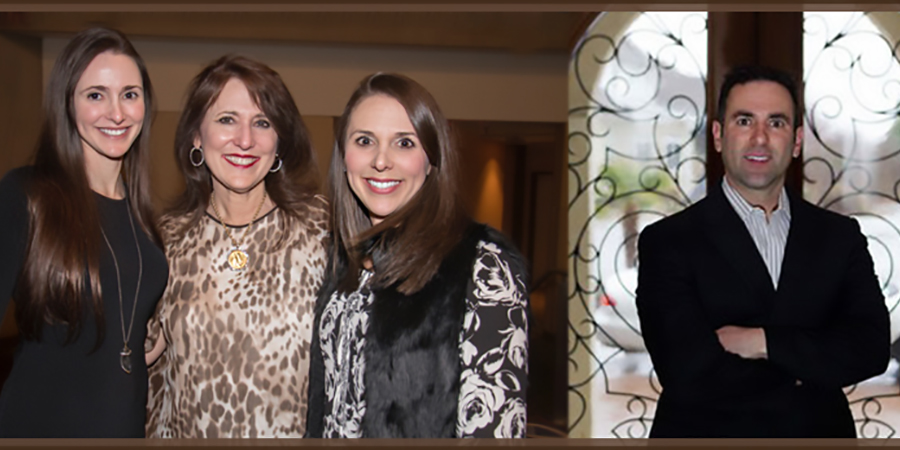 Semi-retired these days, Martha Morrow, O.D., continues to go two days a week into the Alabama practice she sold five years ago. After 43 years practicing as a doctor of optometry, Dr. Morrow still follows what her father, Fredric Rosemore, O.D., modeled: No matter the frame of mind of your patients, treat them all with the utmost care and respect.

"If you treat people with respect, they treat you with respect," says Dr. Morrow, past president and board member of Optometry Cares ®—The AOA Foundation and one of the very few women in her Southern College of Optometry (SCO) graduating class in 1974. "It's like an echo; everything you give out, you get back."

The family is known for its optometric and philanthropic legacy. In recognition of that, they are looking forward to May 4, when SCO will bestow the honorary Doctor of Humane Letters degree on the family matriarch, Marion Rosemore, 90.

In the Q&A below, Dr. Morrow talks about her family's optometric roots.

How many doctors of optometry are in your family?

About 30 years ago, a lady stopped by my office when I was at another one of the practice locations I worked at and owned. The lady said (to one of my staff members) that she was driving through town and saw my name on a sign on my office. She said, "There was a little girl who was in my kindergarten class, and her name was Martha. She said then that when she grew up she was going to be an optometrist. I just wondered ... this little girl was from Fayette, Alabama. Could this be the same Martha?" It was. She was my kindergarten teacher. When I was in kindergarten, I would tell the other kindergartners I was going to be an optometrist when I grew up.

What influence did your father have on your life?

My father was the first licensed optometrist in the family. He graduated from SCO in 1948. During World War II, he served as a navigator and was a POW [prisoner of war]. He met an optometrist in the military who inspired him. My father actively practiced for about 40 years. He set aside a half day a week when he examined and donated eyeglasses to less fortunate people-long before there were government programs to help. Seeing this set the example of caring and philanthropy. No one could ask for a better role model.

How did you get your start in optometry?

I started working with my father way, way back. Even then he had me coming to his office after school and on Saturdays. At five years old, it was mostly me watching him in the beginning. But back then frames were not put together, so he had me doing that. I think I got paid two cents apiece. By the time I was in about sixth grade, my father had broken his wrist around Memorial Day weekend and I became his scribe for that summer. I went into every exam room. He taught me how to adjust. He taught me the terminology. He would explain things. Somebody had to go down to the office with him after hours, and I was the person who went with him. I was just very close to my father.

What about your own children? Did you encourage them to become doctors of optometry?

One of my daughters wanted to go into optometry, but she had also talked about podiatry years before. I made her go shadow a podiatrist. I wanted her to be sure. I knew my children were good at science and math. I advised them all to do something that makes them happy and be a valuable part of society. You can be happy in this world by doing something to help others while helping yourself. I really am proud of my children. They are all very fine people. They really care about other people. What else can you ask for in your children? I have three precious grandchildren. I did buy the two granddaughters each the optometrist Barbie that came out. It's never too early to plant seeds.

Why do you think there are so many doctors of optometry in your family?

I'd like to think it's because your family sees you coming home every day, and you're happy with what you've done.