January 14, 2020
Even before graduating from optometry school, the AOA’s Young Optometrist of the Year was active in advocacy. And that made all the difference. 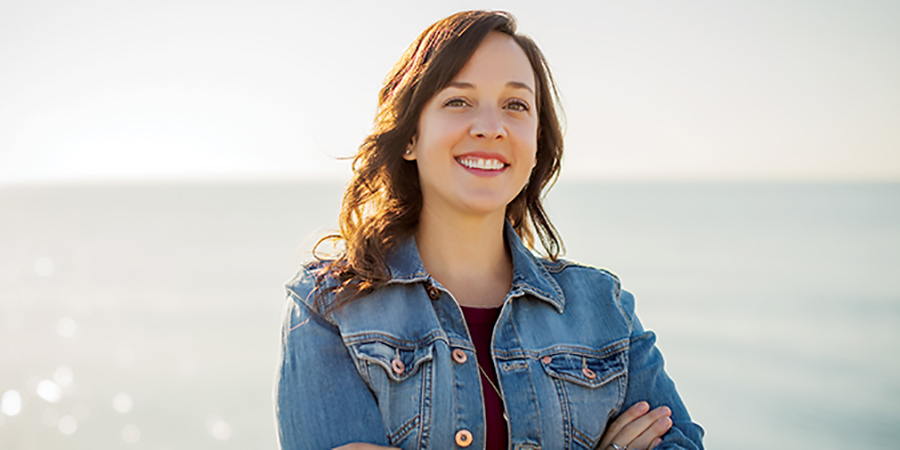 Excerpted from page 16 of the November/December 2019 edition of AOA Focus.

Growing up, Jeni Kohn, O.D., would watch with awe as distinguished doctors of optometry crossed the stage at Optometry's Meeting® to receive accolades and applause from their colleagues.

"I would watch these people on stage and would think, 'Wow, they are amazing,'" Dr. Kohn recalls from her childhood. She couldn't imagine how only a few short years later, she, too, would be crossing that same stage.

"To be a part of those leaders is overwhelming," Dr. Kohn says. "I feel honored and humbled by the whole experience."

Named the 2019 AOA Young Optometrist of the Year, Dr. Kohn's trajectory in the Indiana Optometric Association (IOA) has continued ever-upward since graduating from Indiana University (IU) School of Optometry in 2008. Currently a member of the IOA Government Affairs Committee and AOA-PAC chair for her state, Dr. Kohn is an IOA Trustee and past president of the Northwestern Society.

But even before graduation, Dr. Kohn saw value in being involved. As class representative for the IU Optometric Student Association, Dr. Kohn advocated for student and optometric rights in Washington, D.C., and built upon those experiences to help start the Young Optometrist Leadership Organization (YOLO) in Indiana.

Since graduation, Dr. Kohn has helped grow her family's practice, Moses Eyecare in northwest Indiana, from three to 10 locations, and has taken on the role of human resources manager for the 85-plus staff and 10-doctor practice. And, if that wasn't enough, she's also dedicated to serving her community, where she supports the Blind Services Association and Special Olympics.

AOA Focus caught up with Dr. Kohn to talk about her motivation and the bene­fits of simply getting involved.

Even before graduating optometry school you were active in advocacy. What motivated you to get involved?

My father, Dr. Robert Moses. He has always been involved in our profession and is still a leader for Indiana Optometry as he has been his entire career. Seeing his passion, his involvement with advocacy, and the positive impact that it has had on our patients and business is the ultimate motivation.

Tell us about the YOLO you helped form in Indiana.

The idea for YOLO was introduced to us by the Colorado Optometric Association. When looking at membership, we noticed we were missing recent grads. That's when Dr. Joe Sisley and I decided to create a group where younger optometrists could share ideas, talk about struggles or just get together to have fun. The goal is to create a social atmosphere where we can connect doctors going through similar experiences and foster networking. We believe that optometry is as much a family as it is a profession. Keeping true to that, we are trying to keep doctors engaged with their peers, their state association and the AOA from the moment they graduate.

Was there a de­fining moment that af­firmed your career choice?

Winning the AOA Young Optometrist of the Year award is surely up there! I feel like I have had more defining people than moments in my career. I met my husband, Dr. Andrew Kohn, in optometry school. My best friend, Dr. Nicole Albright, was my roommate in optometry school. Recently, I have been able to work with Dr. Joe Ellis as a federal advocacy representative and have learned so much about the AOA's efforts for optometry. Waking up and having the opportunity to work with people like them con­firms that I picked the right path, and I am excited to see where else that leads.

How did you know that joining the AOA was right for you?

The AOA is our national voice.­ We all need to support our profession, and we do that by being members of our state and national associations. In my speech at Optometry's Meeting, I quoted Dr. Steve Loomis. He spoke at a "young optometry" event in Colorado and encouraged attendees to "just say yes."­ That really hit home.­ The idea is that when someone asks you to come to a meeting, ­join a committee or donate to a fundraiser-just say yes! Whether you can donate time or money, every bit helps.­ When we all contribute, it allows us to move our profession forward for ourselves, for our patients, and for the future generations of optometrists.