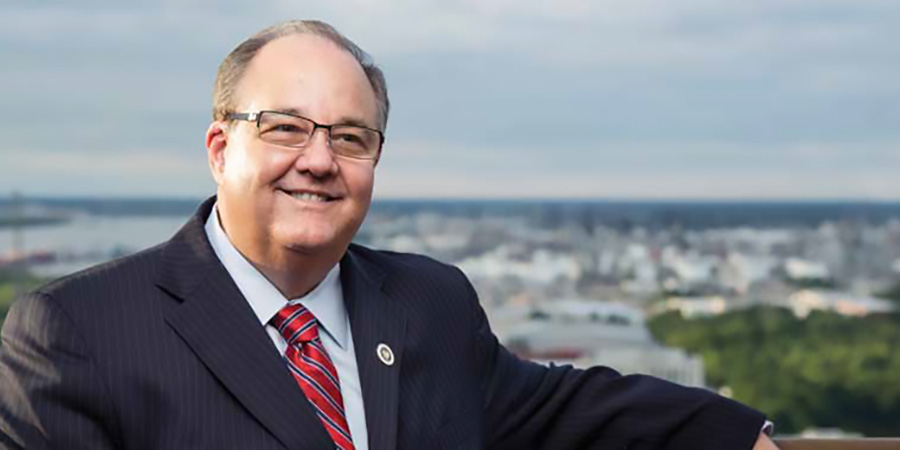 Excerpted from page 18 of the July/August 2015 edition of AOA Focus.

Louisiana State Sen. David Heitmeier, O.D., recalls when he went head to head with a state official to clarify the role of his profession.

In his effort to amend a bill that would enable a doctor of optometry to serve on an emergency care board that provides services after hurricanes, he and Jimmy Guidry, M.D., medical director of the Louisiana Department of Health and Hospitals, had a brief exchange about semantics.

"He said, 'Senator, I think you mean ophthalmologist.' I responded, 'No, I mean optometrist.' He responded, 'Sir, optometrists fit eyeglasses.' I said, 'I think they do a lot more than that.' "

Dr. Heitmeier illustrated his point by directing Dr. Guidry to a local doctor of optometry's office, where he learned about the services they provide. Dr. Heitmeier says the visit was a game changer for Dr. Guidry, who became an advocate for optometry, and sought to utilize optometry's services for Louisiana's Medicaid population.

As the first doctor of optometry elected to the state Senate, Dr. Heitmeier is in a prime position to educate and inform people about the skill set that doctors of optometry have, and the important role they play in the health care of Louisiana's residents.

He was the driving force behind Louisiana's historic 2014 scope of practice bill, which reinforced the power of the state board of optometry and allowed doctors of optometry to perform ophthalmic laser and lid surgeries, and administer injections.

In an excerpt from an interview with AOA Focus, Dr. Heitmeier, who received AOA's 2015 Optometrist of the Year Award, describes how the new scope of practice law will enhance the field of optometry.

How has the Louisiana scope of practice law opened doors for doctors of optometry in your state?

It does a couple of things. It increases access to primary eye care—Louisiana being a health care shortage area. So this will enhance primary eye care services to Louisiana's most vulnerable populations. We all know that health care is rationed, and if we can enhance access and health care outcomes, we can enhance the quality of life for people in Louisiana. It will also attract optometry's best and brightest to Louisiana—they'll see the state as having options for a real career.

You've helped your fellow doctors of optometry get appointed to boards such as the Louisiana Medical Advisory Board and the Louisiana Emergency Response Network Board. Why is it important for optometry to serve on these boards?

You helped champion InfantSEE ® Week in Louisiana. What could the profession do to improve pediatric eye care?

InfantSEE ® is a great start. Health care is all about access and it's also about patient knowledge and understanding. I think it takes several generations to understand the importance of that pediatric eye exam. As we achieve more and more big victories where we're finding retinoblastomas, saving lives and finding those amblyopias early, it's gotten to where we can make a difference in that person's eye care. So it's access to care, awareness of care and also seeing the results in a person's well being for a lifetime.