May 22, 2015
Optometrist provides eye care to the service men and women who protect America. 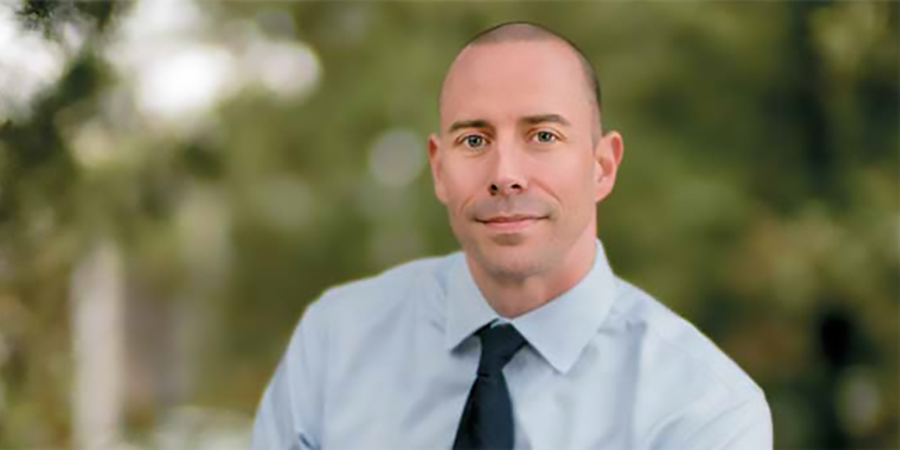 As the White House optometry consultant during the George W. Bush and Barack Obama administrations, Aaron Tarbett, O.D., has had the chance to get up close and personal with commanders-in-chief and hear their views on politics and war.

Dr. Tarbett recently headed south to accept a staff position at Hefner VA Medical Center in Salisbury, North Carolina. In his new role, Dr. Tarbett will apply his experience with Walter Reed and the Department of Defense to caring for VA patients and training future doctors of optometry.

In an excerpt from page 16 in the May 2015 edition of AOA Focus, he describes his experiences on the front lines of military history.

What was it like to serve as the White House doctor of optometry during two very different points in history?

I came to the White House Medical Unit in late 2006, when things were looking pretty grim in Iraq during Operation Iraqi Freedom. I met President Bush for the first time a few months after the surge troops were deployed, and he asked a fellow provider and myself if the number of battlefield eye injuries was down at Walter Reed. Upon hearing they were, he confidently responded, "Good. That means we're winning."

I didn't realize at the time that the administration was struggling to find intelligence to gauge the success of the surge. This candid report on eye injuries may have been some of the first "intelligence" he got.

Are there any times when you felt you made a difference with a patient who had traumatic brain injury (TBI)?

At Walter Reed Army Medical Center I saw hundreds, if not thousands, of TBI patients. I have caught many visual deficits that weren't identified, causing the patient significant difficulties. Those patients were always grateful that I found these problems, reassuring them they weren't "crazy" or making things up.

What is most rewarding about caring for military service members?

You get to take care of the people who took care of you: those who raised their hands to honorably defend this country.

Early on, I cared for a young soldier, not more than 20 years old. He was one of only a handful of survivors of a [Boeing CH-47] Chinook that went down, killing 18 onboard. I remember his mother vividly—the look on her face showed an absolute gratefulness that her son was spared, despite two broken legs and a broken back. Looking back, those types of memories definitely make me think that being a part of Walter Reed will be one of the best things I've done with my life. And I don't know if there is a profession I respect more than the military service member.

What can you tell those interested in serving patients in the military?

Everything is provided for the patients, and there are no battles with third-party insurers for a test or medication. The variety of patients you treat is diverse—you might see a 6-month-old child of a service member and a 100-year-old veteran in the same day. Your colleagues and service members that serve as ophthalmic technicians and administrative support are top notch. I would definitely advise any student to talk with an optometrist serving in the military, particularly the branch they're thinking about joining.