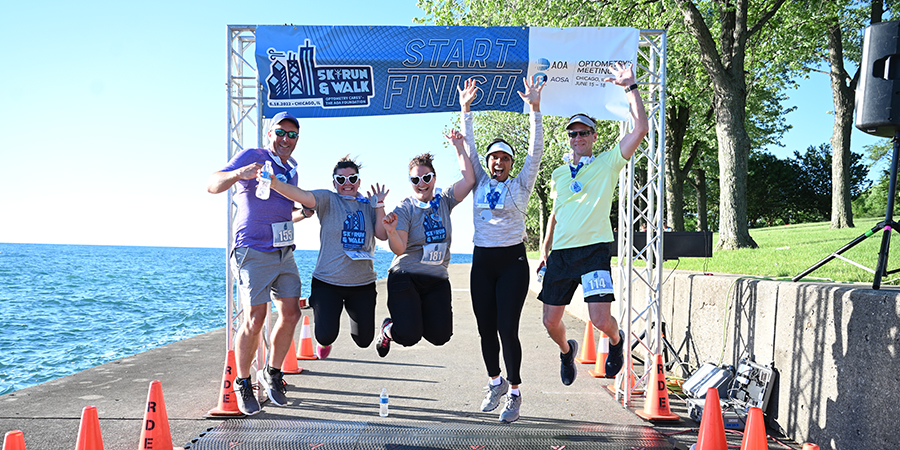 Optometry’s Meeting® bade farewell to ‘sweet home, Chicago,’ on Saturday with a celebration of the profession, marking the conclusion of a momentous 2022 conference.

“I am blown away that nearly 4,000 of us have taken over Chicago during the past few days, doing what we do best—connecting and advancing this great profession of ours,” AOA President James P. DeVleming, O.D., told attendees during the closing Celebration of Optometry. And “take over Chicago” Optometry’s Meeting did.

As of Saturday’s close, the city’s convention and visitors’ bureau, Choose Chicago, estimated that Optometry’s Meeting had an $8.8 million economic impact over the course of the four-day event at McCormick Place Convention Center. But Chicago wasn’t the only winner from Optometry’s Meeting. In addition to the contemporary education and unparalleled networking opportunities afforded by the profession’s premiere event, Optometry’s Meeting honored the truly outstanding accomplishments of colleagues.

Since 1998, the National Optometry Hall of Fame, administered by Optometry Cares®—The AOA Foundation, has recognized and honored doctors of optometry who are luminaries of the profession and imparted long-lasting contributions to optometry. On Thursday, attendees gathered during the AOA Awards and National Optometry Hall of Fame ceremony to recognize inductees of the Class of 2022, including:

Read more about the 2022 Hall of Fame inductees.

Relive the excitement and see what you missed from the profession’s premier meeting in Chicago—read daily news updates at aoa.org/news or join the conversation on social media using the hashtag #OM2022 and see the buzz on our social wall.