January 17, 2018
Paul Barney, O.D., AOA’s 2017 Optometrist of the Year, explains how doctors of optometry can work to make access to care easier for patients. 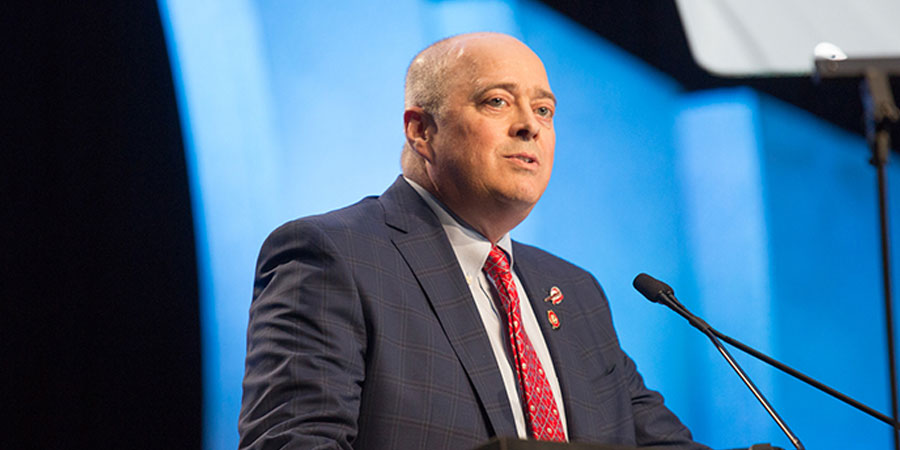 Excerpted from page 20 of the October 2017 edition of AOA Focus.

When he stepped to the podium at the 2017 Optometry's Meeting ® to accept the AOA's Optometrist of the Year award, Paul Barney, O.D., had a long list of people he wanted to thank.

Dr. Barney thanked the AOA and the award's selection committee, the Great Western Council of Optometry, the Alaska Optometric Association, his colleagues at Pacific Cataract and Laser Institute (PCLI), and the students he has taught since 2005 at Ramkhamhaeng University in Bangkok, Thailand. Not only does he teach there two to three weeks annually, but he also continues to mentor the students via email and Skype throughout the year from Alaska.

Dr. Barney is director of PCLI's co-management and surgery center in Anchorage, Alaska, and chair of the Alaska Board of Examiners.

He also thanked both his optometric and biological families.

In an excerpt from an interview with AOA Focus, Dr. Barney details his passion for optometry.

Why did you choose optometry as a career?

From a young age, I wanted to be a doctor. I grew up in rural North Dakota and realized the important role that health care providers have in small communities. Without good health care in rural communities, people living there are faced with inconveniences in accessing care and higher costs. I chose optometry because I was always fascinated with vision and how vital good vision is to everyday life.

For most of your career, you've practiced in Alaska. What do you enjoy about practicing there?

I joined Pacific Cataract and Laser Institute (PCLI), a medical and surgical ophthalmic co-management practice, in 1990. In the late '90s, PCLI put a surgery center in Anchorage and I moved there in 1999. I have loved the camaraderie of the Alaska optometric community, the challenges of providing co-managed eye care in America's most rural state, and the unique and adventurous lifestyle that Alaska gives me.

Aside from your practice, you give a considerable amount of time to humanitarian efforts. Why do you volunteer?

I've always viewed life as a gift-a gift that I deeply cherish. If I can use that gift to make the world a little better place than I found it, then I think it will be a gift that was not wasted.

You are deeply involved in advocacy, having held nearly every state and regional optometric position in Alaska. Why is advocacy so important to the profession?

We recently scored a huge legislative victory for optometry in the state of Alaska. We passed a board autonomy bill that enables the Alaska board of optometry to write regulations independently without going back to the legislature for approval. The U.S. is facing a health care crisis like we've never seen before, and we need to remove the barriers that get in the way of doctors of optometry practicing to their fullest scope and education. We also need to make it easier for patients to access that care.