March 15, 2021
Women may outnumber men in optometry schools today, but it wasn’t always that way. Learn more about female doctors of optometry who made a difference, in honor of Women’s History Month. 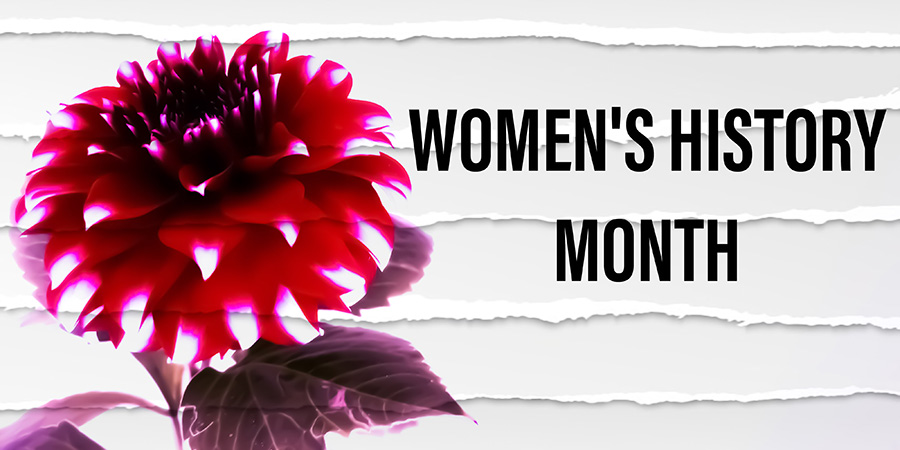 “If I have seen further than others, it is by standing upon the shoulders of giants.” —scientist and mathematician Sir Isaac Newton.

Not that any of the following women doctors of optometry saw themselves as giant in their accomplishments. Gertrude Stanton (1863-1931) was the first woman licensed to practice optometry in the U.S., according to a well-researched article in the January 2020 issue of Hindsight: The Journal of Optometry History.

In celebration of Women’s History Month in March, women optometrists such as Anita Christopher, O.D., and Marilyn Heinke, O.D., stand as groundbreakers in the optometric lane, too.

Dr. Christopher was an endearing practicing optometrist when Denise Roddy, O.D., got to know her. They would run into each other at optometric functions or even once in the local mall—where their longest conversation took place. They would talk shop mostly. Dr. Christopher and her husband, also an optometrist, had opened a practice in 1951 in North Tulsa.

“She was a warm, welcoming colleague and gracious, elegant woman highly regarded in the North Tulsa community,” says Dr. Roddy, who started practicing in 1988. “I admired Dr. Christopher.

Dr. Christopher died in 2019, but she made an even stronger impression posthumously on Dr. Roddy. In Washington, D.C., for a graduation that same year, Dr. Roddy found herself at the Smithsonian’s National Museum of African American History and Culture staring at its exhibit on the Tulsa Race Riot/Massacre in 1921.

On the artifacts in the exhibits were the names of individuals who had contributed family memorabilia to the collection, including that of Dr. Christopher and her brother. In 1921, her family (grandparents) had business ties in the Greenwood section of the racially divided Tulsa where once-thriving Black-owned businesses were looted and burned and members of the Tulsa communities died. Dr. Christopher would be born seven years later. Several events this year will mark the 100th anniversary of the riot/massacre May 31-June 1, 1921.

Growing up for a time in Tulsa, Dr. Roddy says, the history of the riot/massacre wasn’t taught. As time has passed, though, the public has learned more about one of the worst race riots in the country’s history.

“When I saw her name in the exhibit, I was overwhelmed. I didn’t know those things about her history,” says Dr. Roddy, noting that Dr. Christopher was among the first five Black female doctors of optometry to practice in the U.S. The Oklahoma Association of Optometric Physicians is working on ways to honor her legacy.

“I wish I had known those things,” she adds. “It was extremely moving to me. We weren’t close friends, but this was an important moment in history for many reasons. She was a pioneer.”

Born in Illinois in 1924, Marilyn Brenne Heinke, O.D., practiced optometry for nearly 70 years, first in Manitowoc, Wisconsin, and later in Seymour, Wisconsin. Dr. Brenne Heinke was in her early 20s when she started practicing and 89 when she retired. She passed away Feb. 1.

Dr. Brenne Heinke, who earned her optometry degree from NICO in 1945, was known for her passion for optometry and brought her training in vision therapy to thousands of children, so they might thrive at their schoolwork and into their lives. Her bustling office in Seymour was in their home, daughter Brenda Heinke Montecalvo, O.D., recalls.

“She loved every minute of it,” Dr. Montecalvo says, noting that Dr. Brenne Heinke’s father, a travelling optician, introduced her to the profession. “She got up every morning excited to go to work. She would go on vacation and it was always to an optometry meeting. She was a hard and smart worker.

“She really believed in optometry and thought it was the best thing anybody could ever do ,” Dr. Montecalvo adds. “She never let being a woman stop her. She was just a go-getter.”

And Dr. Brenne Heinke also had a knack for storytelling—she talked about her grandfather’s role in the invention of push-button elevators and how she met Dale Carnegie, the famed lecturer and author of the book “How to Win Friends and Influence People.” She never met a stranger.

Her inner fortitude would be tested when Dr. Brenne Heinke’s husband died and she was left to raise their family. She became the family consoler and its primary breadwinner.

“Not only did she run two practices, she also raised four kids and put us all through college,” says Dr. Montecalvo, who was 16 when tragedy struck. “All by herself.”

Dr. Brenne Heinke’s passion for optometry extends to her daughter and granddaughter Natalie Maiorca, who graduated from The Ohio State University College of Optometry in 2020 and then married a fellow optometrist. Named Optometrist of the Year by the Wisconsin Optometric Association, Dr. Brenne Heinke also was known for mentoring young professionals, as Dr. Montecalvo does. Among those mentored by Dr. Brenne Heinke was Kellye Knueppel, O.D. When Dr. Knueppel was thinking about starting her vision therapy practice 25 years ago, Dr. Brenne Heinke hosted Dr. Knueppel for an entire day.

“In the first year of my practice I needed an exam chair and stand,” Dr. Knueppel recalls. “Marilyn gave me an old one that she had that she was not using. In the end, I used that chair and stand for more than 10 years. It was old but worked great for seating kids.”

In a 1955 article in the Milwaukee Journal, Dr. Brenne Heinke, who was attending an AOA meeting, was interviewed. “Optometry,” she says, “is a wonderful profession for women.”