August 30, 2018
Buildings can be repaired and rebuilt, but lost records can be just as disastrous. 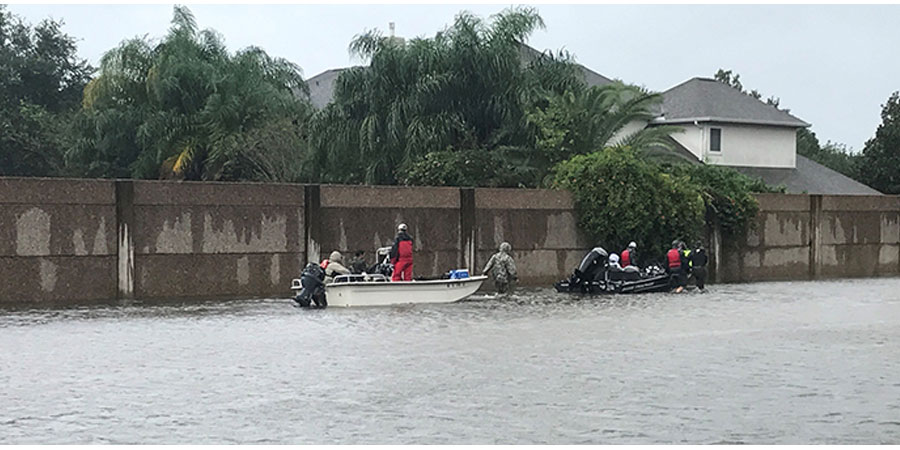 Hurricane Harvey’s flooding was so widespread throughout Houston that the parking lot outside the practice of AOA Past President Ronald L. Hopping, O.D., was used as a staging area for rescue boats.

Excerpted from page 26 of the March 2018 edition of AOA Focus.

You know to stock up on water and unplug electronics when a natural disaster threatens your home. But how do you prepare an optometric practice to ride out the storm?

Amid raging wildfires in California, and as we enter what the National Oceanic and Atmospheric Administration calls the most active and dangerous time of year for tropical cyclone activity, heed these emergency procedure tips from doctors who have been there.

"We have a hurricane checklist that includes moving and covering equipment and supplies, and zip-tying cabinets shut," says April Jasper, O.D., who practices in coastal Florida, "as well as waterproofing as much as possible with sandbags on the outside and towels on the inside of windows and doors."

Set up a text message group to keep staff in the loop on office closings, check on everyone during the disaster and find out who can make it back to the office, says Ronald L. Hopping, O.D., AOA past president who practices in southeast Houston. "[A text message group creates] camaraderie and connection with the rest of the staff," he says.

Ensure your records are backed up. Buildings can be repaired and rebuilt, but lost records can be just as disastrous.

Doctors of optometry can be part of the solution during natural disasters, says Tad Buckingham, O.D., assistant professor and attending physician at Pacific University College of Optometry and division chief with Forest Grove Fire & Rescue in Oregon. Take medications and ocular surface treatments with you when evacuating the office, he says. "In disasters, we must be prepared to be called up," Dr. Buckingham says. "Be prepared to help the people who are coming to help you."

Optometry's Fund for Disaster Relief helps change the lives of those doctors affected by natural disasters, providing immediate financial relief for critical and urgent needs, such as food, clothing and shelter. A program of Optometry Cares ®—The AOA Foundation, Optometry's Fund for Disaster Relief has granted nearly a million dollars in grants since its inception in 2005.

Anyone can make donations to the disaster fund at any time. Likewise, any doctors and optometry students affected by recent natural disasters can  apply for assistance.

Read more about doctors of optometry recovering after disaster in the March 2018  AOA Focus.