September 7, 2022
During September’s Paraoptometric Appreciation Month, flowers and lunches are great ways for doctors of optometry to show gratitude for the technical skill and care their staff bring to a practice. So is the gift of investing in their future through paraoptometric certification. 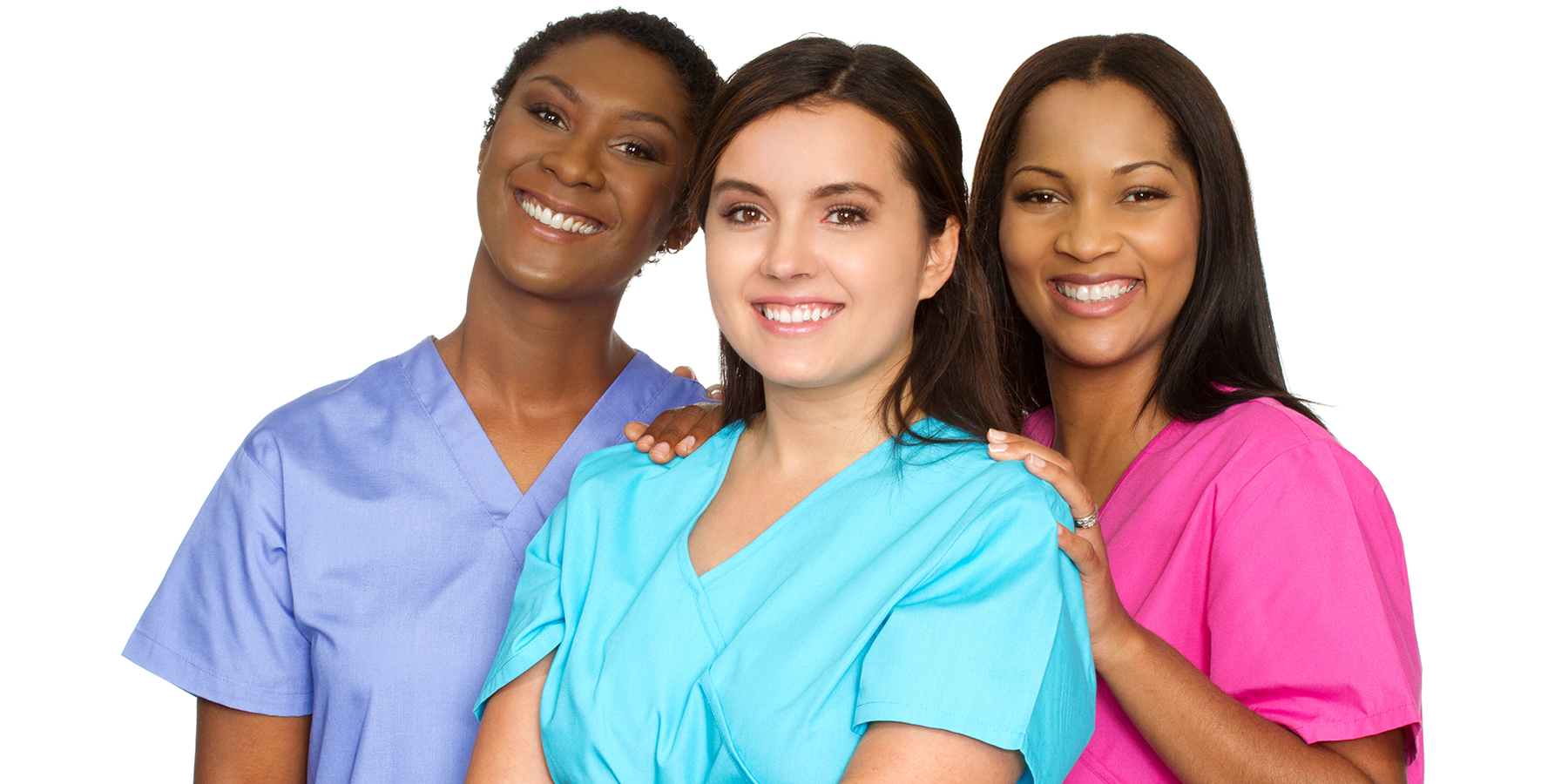 This Paraoptometric Appreciation Month, the AOA recognizes hundreds of certified paraoptometrics who have made optometry a career.

When these paraoptometrics were hired many years ago, they would have been surprised to know they would still be in optometry today.

“I had absolutely no idea that being a paraoptometric would become my career and my passion,” says senior technician Kellie Thomas, CPOT, of Virginia. “I have been employed for 26 years by Dr. (Gary) Farley.”

Happily employed, that is.

Further, she says, her certification has kept her engaged.

“Achieving certification undoubtedly allowed me to remain in this career field,” Thomas says. “I have used this education and experience to lecture at state and national conferences. I have also had the pleasure of being a volunteer for the continuing education review committee of the AOA Commission on Paraoptometric Certification.”

She is an asset to the office, Dr. Farley says.

“Kellie’s knowledge base, gained through her certification, makes my life as a practitioner so much easier,” he says. “She is able to answer questions from patients with confidence and accuracy. She has become an extension of me. She is able to provide patient education and testing, freeing me up to perform other office tasks including testing and procedures.

“Because of her training and experience, patients are able to call Kellie and get answers to their questions and have their needs met much quicker,” he says. “Having an assistant such as Kellie is certainly good for both the doctor and patients.”

Not long after Laurie Sorrenson, O.D., opened her private practice “cold start” in Texas in 1995, Debbie Atkinson, CPOA, was hired—again.

“She has been with me for 32 years!” says Dr. Sorrenson, citing a previous and current clinical collaboration. “Debbie knows something about everything in our eight-doctor, single-location practice—and a lot about a lot of things. She is seriously one of the most loyal, dedicated employees we have ever had. She cares about our patients and our business.”

Certification has been key to that longevity and loyalty.

“She worked on her certification and takes a lot of pride that she is a certified paraoptometric,” Dr. Sorrenson says. “She had experience when she was first hired but became certified while working with me. I think helping her get her certification—we provide education, training and pay for the testing—is one of the many reasons for her loyalty and dedication.”

In their practice, staff certifications and photos proudly hang on a wall. Atkinson also notes her certification on her business cards.

She praises all the doctors at her practice but notes she has known Dr. Sorrenson the longest.

“I first met Dr. Sorrenson in the mid-1980s,” Atkinson says. “She had just graduated from optometry school. She filled in one day, while I was working.

“She is so patient-oriented—you can tell she loves what she does,” Atkinson adds, noting that they both once played on a co-ed softball team of doctors and paraoptometrics. “We’ve known each other so long she’s like a friend.”

Atkinson says she has also appreciated Dr. Sorrenson’s support as she has pursued and renewed her certification over the years.

“She wants us to be certified,” says Atkinson, who is giving thought to pursuing her next level of certification. Atkinson wants it, too.

“You definitely learn a lot,” she says.

An example for new hires

Bridget Neal, CPO, of Nebraska, was a patient at an Omaha optometric practice when the doctor of optometry asked her what she wanted to do after graduating from college.

“About a week later, he asked me to come work for him,” says Neal, an insurance coder. “I’ve stayed because he’s always made me feel like this is also my practice. And so have the other doctors who have come on board since he hired me. It has always been a team effort.

We just always worked hard together,” she says, explaining why she has stayed with the practice. “He has surrounded himself with great people, so it has been a delight to work for this company. We always had a common goal, and all our doctors make us feel like we make a difference.”

Thirty-two years later, she has done every job in the practice, but the past 10 years she has focused on coding.

“It’s like a big jigsaw puzzle,” Neal says. “I love it. Our doctors are so good at coding and helping me understand what is what.”

A top-notch certified paraoptometric team has contributed to his practice’s continued growth and expansion of services, says Steven Gradowski, O.D., who has practiced in Omaha for 40 years. Neal has led the way, Dr. Gradowski says.

“Our practice has continued to grow and expand services with the assistance of our certified paraoptometric team, with Bridget leading the way,” says Dr. Gradowski, who has practiced in Nebraska for over 40 years. “Training new staff with little or no optometric background, to ultimately become a CPO, has been our mission with each hire. Everyone is on the same page and our practice growth shows it. The team proudly wears their CPO title and strive to be the best at what they do.

“I believe every successful practice has at least one CPO like Bridget,” he says. “Being our longest-tenured member of the staff, families have relied on her experience, training and professionalism to assist with their needs. As a team leader, Bridget has trained and set the example for our new hires to achieve the highest certification possible to better serve our patients. Patients seem to be at ease when our team of CPO techs continue the outstanding care initially established with Bridget’s leadership.”

How doctors can honor staff and paraoptometrics can advance their careers

The AOA has many resources to help doctors of optometry honor their paraoptometric staff year-round with education and training, say members of the AOA Paraoptometric Resource Center (PRC) Committee.

“Any month is a great time to enroll paraoptometrics as AOA associate members,” says Jessica Schiffbauer, O.D. “However, Paraoptometric Appreciation Month is a wonderful way to honor and thank them for their support as well as promoting their career development by utilizing the PRC resources.

“Paraoptometrics having access to these resources will continue to develop and strengthen the relationship between doctors and paras,” she says. “The endless amount of resources are an asset to establishing the best patient care possible from paraoptometric to doctor.”

How better to support them than by giving them access to resources they need to do their jobs to the best of their ability, adds fellow committee member Jeannette Steffl, O.D.

“Having access to the PRC materials gives your staff the tools they would need to further their education and their certification,” Dr. Steffl says. “Having greater certification means doctors can have the confidence to delegate more tasks to staff and helps the paraoptometrics deliver top-notch patient care.”

To honor paraoptometrics on your staff, download and print items to display in your office, on your website, social media and share in your community. Show us how you honor staff using #AOAParaMonth.

Here are three ways to honor your staff during Paraoptometric Appreciation Month.

Doctors of optometry can now access the catalogue of courses available to paraoptometric staff on the AOA’s EyeLearn Professional Development Hub.

A successful practice takes a village—doctors of optometry and paraoptometric staff—to make it work and even prosper. Toward that end, the AOA has created a trove of practice management tools and services that can power practices forward in a profession and health care landscape that increasingly demands doctors practice at their highest levels and creates greater opportunities to develop and empower paraoptometric staff. These days, change is out of necessity.

4 tips for handling payer clawbacks: What the experts say

A recent #AskAOA webinar, hosted by the AOA Third Party Center, offered helpful advice for how doctors can address and respond to clawbacks.

When patients defect: A case study in emotional intelligence

So, your patient is suddenly your associate’s patient—what happened? The latest case study from the AOA Ethics and Values Committee delves into the ethics behind an emotionally complicated situation.