4 ways to cater to aging eyes in your practice

August 21, 2018
Tips on caring for a growing population of elderly patients in recognition of National Senior Citizens Day—and year round. 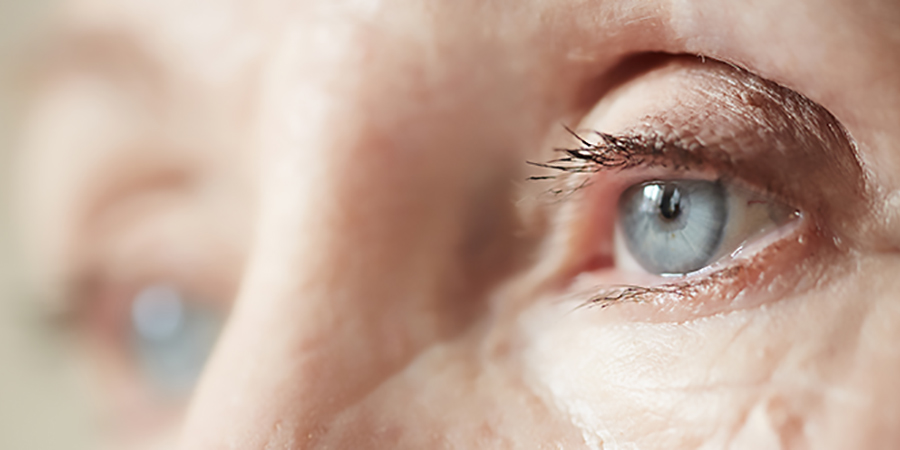 Excerpted from page 24 of the September 2017 edition of AOA Focus.

William T. Reynolds, O.D., specializes in caring for patients he calls "mature" at his private group practice in Richmond, Kentucky. On average, his patients range in age from 45 to 75, though most are over 60.

While Dr. Reynolds, a member of the AOA Board of Trustees, inherited a geriatric base when he bought into the practice, and notes that his patient demographic represents his own age group, he says developing this specialty also was intentional.

"I saw a long time ago that the future of optometric practice, especially the way I wanted to do it, was primary care as opposed to refractory," Dr. Reynolds says. "As the population ages, systemic chronic conditions and ocular chronic conditions increase. Everybody is going to be seeing more of these."

More than 20% of U.S. residents are expected to be age 65 and older by 2030, up from 13% in 2010, according to the U.S. Census Bureau. The National Eye Institute projects that by 2050, more than 12 million Americans will suffer from vision impairment.

But while doctors of optometry have an opportunity to care for geriatric patients, taking on this growing population might require some modifications to their current practice.

"It's very rewarding when you can take care of your patients' problems, rather than having to send them out," Dr. Reynolds says. "We want to take care of as many of those conditions as we can."

With older patients, doctors must strike a balance between building a rapport and advancing the exam forward, says Diane Russo, O.D., an assistant professor at the New England College of Optometry and a member of AOA's Health Promotions Committee.

"[You want to] establish a relationship with the patient, but not totally halt your exam to do it," Dr. Russo says. "It's sort of this dance that you do."

Geriatric patients might not be in as much of a rush as younger patients, which is helpful when their case is complex, Dr. Russo says. But this slower pace could take some adjustment for practitioners accustomed to a younger and healthier population. "If you wanted to build your patient base and start caring for more geriatric patients," she says, "you may not be able to schedule as many patients in a single hour."

Because many seniors struggle with mobility limitations, doctors should be comfortable discussing patients' physical disabilities and assistive devices, Dr. Russo says. Don't be afraid to ask a patient if he or she can safely transfer out of his or her wheelchair into the exam chair. If a patient puts his or her cane on the exam chair armrest, she says, ask if you can move it so it doesn't fall off—and make sure to bring it back before he or she gets up. "It's so common," Dr. Russo says, "and this is something you'll have to deal with."

Staff should be reminded that they may have to speak more slowly and louder, enunciate well and avoid jargon when communicating with a geriatric patient. It's also important for staff to look directly at older patients when speaking—and not at the computer—because some people with hearing impairment might read lips, Dr. Reynolds says.

Use a variety of communication tools to keep your older patients in the loop, says Chris Wroten, O.D., who treats a large geriatric population at his private group practice in southeast Louisiana. While a growing number of older patients are becoming comfortable with email and texting, Dr. Wroten says, many prefer written communication, such as appointment reminder cards and mailed letters. It's also helpful to provide older patients with a written explanation of their condition, along with a verbal diagnosis.

"We try to make sure we've got a broad range of communication channels to keep them informed," he says.

Optometric offices can be designed with seniors in mind.

"Lighting and contrast is going to be very important to them for best vision," says Mark Wilkinson, O.D., who directs the vision rehabilitation service at the University of Iowa. "Lots of times, things that look really pretty to 25-year-old graphic artists are not going to be visible to somebody who is visually impaired because it's not good contrast."

Dr. Wroten says his staff is reminded to check the office for trip hazards, such as loose rugs. "Something as simple as that can certainly help," he says.

Stocking the office with key pieces of equipment also can improve the setup for geriatric patients.

"The equipment you have in your office very much tells the story of the patient population you work with," Dr. Russo says.

"Because geriatric patients tend to have more chronic conditions, more cardiovascular disease, they tend to have more ocular pathology, which necessitates auxiliary equipment that allows you to fully assess, diagnose and follow these patients."

While costly, equipment such as a visual field perimeter, an optical coherence tomography, a fundus camera and an anterior segment camera, could prevent a referral to another doctor of optometry or an ophthalmologist, Dr. Russo says. A doctor of optometry who treats geriatric patients also should have a stash of handheld devices to test patients who can't sit in the stationary equipment, she says.

One device you might not need to buy in bulk: full-size video magnifiers, Dr. Wilkinson says. "I use about 10% of what I did 25 years ago," he says.

That's due to a combination of better vision and the advent of simpler devices.

"I'm oftentimes recommending that my patients just get an iPad," says Dr. Wilkinson, noting that visually impaired patients can use the device to make text bigger and adjust contrast, and use the camera as a video magnifier. Showing the patient in the office what the device can do is a good way to get them over the trepidation of purchasing these tools.

While he doesn't do as many comprehensive exams as his partners, Dr. Reynolds says he sees more patients for problem-focused visits and follow ups. And with medical care accounting for about 70% of his workload, Dr. Reynolds deals more with medical insurance companies, whose reimbursements are often better than vision insurance providers.

Although these medical visits do take longer, Dr. Wroten says they offer significant rewards. "You have a patient struggling to see, who is having significant effects on daily living from cataracts," he says. "We're able to recommend the benefits of cataract surgery... and we see them postoperatively, and their world has come back alive again."

Dr. Wroten adds that his medical perspective to geriatric optometry has allowed him to aid in the diagnosis of systemic diseases, such as diabetes, high cholesterol, hypertension and cancer.

Doctors of optometry working with geriatric patients also tend to have more interaction with providers in other specialties, such as primary care and ophthalmology.

"It's definitely a more interdisciplinary, interprofessional approach," Dr. Russo says. "There's a lot being left on the table for your patient if you're not really engaging in that type of communication with other health care providers."

"I sometimes joke and call it 'seat-of-the-pants optometry,'" Dr. Wartman says. "All of our equipment is handheld and portable."

She says her goal is to keep nursing home residents comfortable and to keep their vision functioning as long as possible to provide them with a better quality of life. "You treat a lot of disease, but maybe not as aggressively with some of these patients, especially the extremely elderly," she says. "If they're 95, you want to keep them so that they can still look at the cards their grandchildren send them or play Bingo."

Dr. Wartman also led the work group of the most recent update to the AOA's Optometric Care of Nursing Home Residents manual. The how-to guide offers tips on setting up a nursing home clinic, provides insight on ethics and outlines the latest in nursing home regulations and billing.

Even traditional doctors need to be aware of the growing older demographic—and be prepared to accommodate their practices for them, Dr. Wartman says.

"Our populations are growing with us and staying with us a lot longer," she says. "They're just fascinating people. There's never a dull moment."