Doctors of optometry offer transition tips, whether buying or selling

June 16, 2021
From personal chemistry to hiring consultants, doctors list a number of considerations in a sale. Are you making plans for the future? 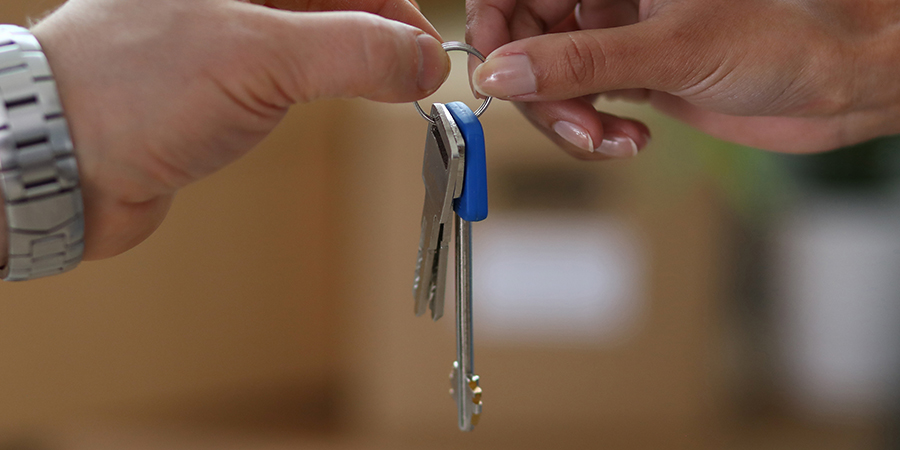 Maria Sampalis, O.D., of Rhode Island, always wanted to own a practice—even when she was a student at the New England College of Optometry, where she graduated in 2007. Dr. Sampalis wanted to work for herself and her family.

“I came out of school and worked in private practice and corporate practice,” Dr. Sampalis says. “I was at Sears for a long time—I had my own sublease at Sears. But, when Sears closed, I opened my own practice in two weeks’ time. I did it while I was in Greece, too.

Then an opportunity opened up during the COVID-19 pandemic in 2020,” she says. “The doctor (who had served his community for 40 years) called me. By word of mouth, he heard that I was looking to buy another practice. He called me and it ended up working out; the practice was in the same city, just five minutes from my first practice. I liked the opportunity to own my own practice and my own building.”

She opened the new practice in August 2020; she also has a sublease agreement with a larger online retailer of eyewear. Asked how it was going, the enthusiastic Dr. Sampalis responds, “I’m killing it.” She and the staff there have worked to retain the practice’s current patients and employed social media to attract new ones. The practice also recently opened a dry-eye clinic.

“The staff is huge to the practice,” she says. “We increased revenue 30%.”

“Optometry is a great professional,” Dr. Sampalis says. “There’s a lot of opportunity out there.”

‘It’s never too early to start planning for a transition.’

Douglas Totten, O.D., M.B.A., imagined he might practice well into his 70s because he loves seeing patients so much. Then he had second thoughts. He is transitioning his Michigan practice, sooner rather than later.

“I just don't have the stamina I used to have,” Dr. Totten says. “The COVID-19 pandemic also had an effect. I recognized that my practice can exist without me. I would have never thought that we could survive closing the practice for even a week. After a seven-week shutdown because of COVID-19, it was apparent that the practice could survive even a drastic halt in how we did things. I really understood some things are out of our control and letting go of the responsibility and work of running a practice looked pretty attractive.”

Attractive enough to sell. He worked out an arrangement with his younger partners, including his optometrist daughter, to sell the practice to them over a period of years. Meanwhile, he will remain the majority owner.

“So far, everything is working out amazingly well,” he says. “An accountant, attorney and practice consultant can help give wise counsel to find a win-win situation for everyone. Finances are always a very sensitive topic. A sale must make sense for the person buying the practice and the person selling it. They need to be able to make the equity purchase and still make enough money to live and to help care for themselves and their families. Many younger doctors of optometry, it seems, still do desire to be practice owners. It’s up to those of us a few years older to help make it happen for them, if possible.”

Finances weren’t the only consideration for Dr. Totten, who turned down another offer in order to sell to his partners. Among his considerations were:

Says Dr. Totten: “I am fortunate to have three younger, very capable partners who are ready to lead the practice and make it even better. I am very happy to step aside and watch them go and thrive. It’s always good to look long term, and it's never too early to start planning for a transition.”

They had originally purchased their practice in 1981 from a doctor of optometry who was retiring.

“We sold because it was time to begin to transition our office to new leadership,” Dr. Cockrell says. “ We still anticipate seeing patients for several more years.”

Theirs was a decision several years in the making. What were they looking for in a potential buyer?

It wasn’t an easy decision to sell. He remains as a practice “employer/manager.” Their goal was not to sell and walk way, he says, but to position the practice for the future. They had seen too many doctors of optometry fail to plan for future transitions, ultimately leaving their patients without a care continuum and the practice being unable to transition at all.

A deal with the younger doctors, option No. 1, was explored. It couldn’t be worked out.

“Great idea, and very tough to do,” Dr. Cockrell observes. “From a business position, we did not desire, nor would I advise anyone else to do so, to personally finance the transition. For many OD-to-OD transfers, that is what occurs, with great risk to both sides.”

His tips?  Plan your exit and landing years in advance.

“We spent several years, actually about 20 years, preparing for the transition,” Dr. Cockrell says. “There are many aspects to optometry but two very important ones to keep separate are: ‘The practice vs. the business.’ The goals of the business owner are distinctly different from ‘practicing’ or providing care to the patients. We have always worked to keep both in mind but understood the need for separation.”

Nolan explains what makes a practice attractive to buyers.

“The young optometrist looking to buy a practice today has to be concerned about the free cash flow that the practice generates,” says Nolan, referring to peer-to-peer sales. “Because, when you’re carrying $200,000 in student loans, perhaps you’re married and have a family, all that debt combined is going to be factored into the commercial financing to sell your practice. So, the bank is going to take all of that into account.

“A profitable practice—a practice that controls its costs and has good cash flow—is intrinsically more valuable and easier to sell,” he adds. “The expectation today is that a practice will have a fully-integrated EHR system, and that practice will have a fair amount of state-of-the-art technology like OCTs. If it doesn’t, the buyer will look at the practice, at any given price, as cosmetically not very up to date. You can just hear over the phone that young doctor is just subtracting all those costs they’re going to have to put in to update the practice to make it viable in 21st century optometry. It’s minus cha-ching.”

Further, Nolan says, among the very first things young doctors of optometry looking to buy a practice ask about is location. “Location is another really driving force,” he observes, noting such factors as quality of life and Medicare reimbursement rates vary by region.

Three to five years out is when doctors need to start thinking about selling their practice, Nolan says, so its investment in technology can be done gradually rather than overnight. Whether to rent or buy your building, Nolan says, would depend on where your practice is located, for instance.

“A practice can take two years to actually sell,” Nolan says. “It behooves a young buyer to do their research on where optometry is vibrant.”

Looking to buy or sell a practice?