October 18, 2018
Officials not only called for a ‘No Fax Friday’ among health care last week, but also scheduled fax’s end date. Considering EHR interoperability isn’t up to snuff, is eliminating fax altogether practical? 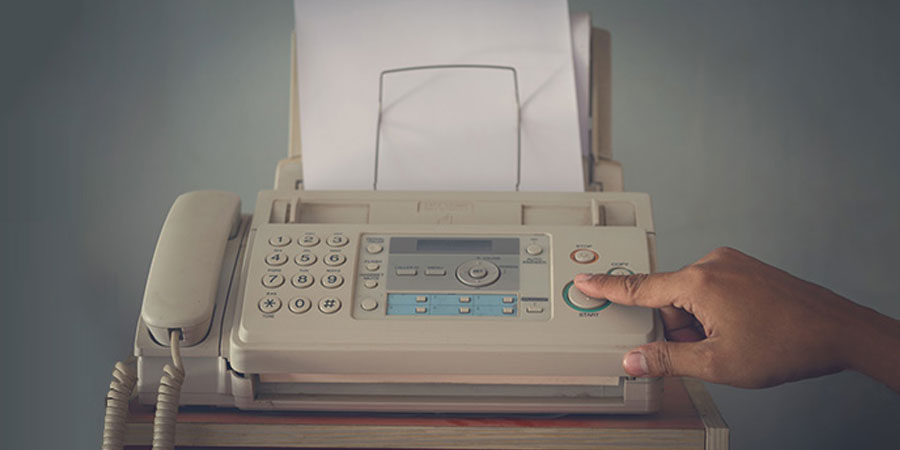 'No Fax Friday' fittingly came and went much like its namesake; that's to say it suddenly jolted to life, made a small racket, then went stagnant waiting for someone to pay attention. Didn't you get the memo?

An effort to encourage EHR direct messaging in lieu of the old standby, 'No Fax Friday,' Oct. 12, 2018, is part of a larger initiative from the Department of Health and Human Services Office of the National Coordinator (ONC) for Health IT to disengage the medical community from its "1990s time warp." Proclaimed by ONC Executive Director Steve Posnack at the ONC's 2nd Interoperability Forum in August, 'No Fax Friday' was a symbolic step on the health IT office's path toward interoperability.

While true interoperability remains a brass ring that ONC and the Centers for Medicare & Medicaid Services (CMS) strive for in the near future—ONC's annual meeting in November is titled "Interoperability Awakens"—CMS officials, at least, have pinned a date on fax's demise: 2020.

"If I could challenge the developers in this room here today to achieve one mission, it would be this: Help us make every doctor's office in America a fax-free zone by 2020," Verma remarked.

That's easier said than done, balked some. In fact, a proprietary report found fax usage up 9% in 2017 among large health care systems. So, too, hospitals and doctors' offices alike still consider fax machines more secure than email for transmitting HIPAA-protected health information (PHI), of which a breach could cost providers dearly. Familiarity certainly plays a part in fax's widespread usage versus EHR's direct-messaging system or encrypted emails, but interoperability remains the elephant in the room.

Turning back the clock, CMS' erstwhile EHR Incentive Program (meaningful use standards) brought many health care providers up to speed with EHR adoption and usage since 2011. For instance, the AOA's 2017 New Technology & EHR Survey reports nearly three-quarters of all doctors of optometry used an EHR in their practice by 2017, while more than four out of five respondents initially implemented EHR in their practice in 2014 or earlier.

However, health IT and EHR development didn't prioritize information exchange at the outset. Now, nearly 1 in 5 respondents to the New Technology & EHR Survey identify "interoperability" as a barrier to implementing EHR in their practice. This lack of uniform communication among various, siloed IT systems and software applications throughout health care now hinders direct data exchange and the ability for that data to work within other applications.

Although ONC thinks a solution is forthcoming with its Fast Healthcare Interoperability Resource (FHIR), a standard designed to merge data from disparate sources into a compatible format, that doesn't help doctors now. In the meantime, fax remains many providers' 'old reliable' for secure-data transfer and likely will remain that way past 2020, much to health agencies' chagrin.

"I don't think it's feasible that we get there by 2020," says Jeff Michaels, O.D., AOA Quality Improvement and Registries Committee past chair. "Because PHI is so regimented and regulated, and because EHR-to-EHR communication requires such a standardized set of data, right now, I don't think it's possible.

There's no doubt that fax has been an essential communication tool in doctors' offices for many years, Dr. Michaels says, and while he assumes many doctors of optometry would prefer direct communication via EHR, the reality is that particular advancement has been historically slow developing. Today, it's not even a full communication, only a standardized list of patient data (medications, allergies, diagnosis list, etc.) that can be incorporated into the EHR, he says.

"That means if I want to send my cataract surgeon information about the desired intraocular lens to use-multifocal, toric, monofocal-I still have to fax or encrypted-email that information to the surgeon because it's not included in the standardized direct communication for Health Information Exchange," Dr. Michaels says.

Frustrations aside, EHR interoperability will be increasing in 2019 and doctors of optometry should understand how their EHR works for sending a summary of care to other offices, for instance. More referral centers are coming online with direct communication each month, so it's on pace to become a more robust tool in the future, Dr. Michaels says.

Moreover, the Merit-based Incentive Payment System (MIPS) is poised to grow by leaps and bounds in 2019, compared to 2017-18, and Health Information Exchange will be prioritized. Dr. Michaels identifies three reasons for such growth:

In 2019, EHRs will upgrade to 2015 Edition (Stage 3), bringing more mandated interoperability and direct communication from EHR to EHR.

A total 40% of doctors' Promoting Interoperability score will be from sending/receiving referrals through direct communication, nearly three times more emphasis than in prior years. This emphasis in MIPS scoring coincides with the development of 2015 Edition EHRs, Dr. Michaels notes.

Some EHRs already have incorporated direct communication over the past several years, and each year that number grows. Dr. Michaels says the net will bring more doctors' of optometry communication to referral sources by EHR Health Information Exchange.

As a profession, optometry is comfortable with incorporating new, emerging technologies into their offices and EHR's direct communication will be a natural evolution. But what's the bottom line for faxes here: Should they stay, or should they go?

"Fax still has its place in optometry—today," Dr. Michaels says. "But the writing is on the wall, and it's likely that fax machines will be obsolete in the next 10 to 15 years. That move will take time because transferring PHI from one office to another carries great responsibility. Fax machines will be part of that natural evolution into improved communication."

Access AOA's library of MIPS resources, including the MIPS Guidebook: A Roadmap to Success for Doctors of Optometry.

Are you using AOA MORE?