December 14, 2022
Five doctors of optometry from across the country explain how inflation has impacted their practices—and what you can do to ensure your practice thrives. 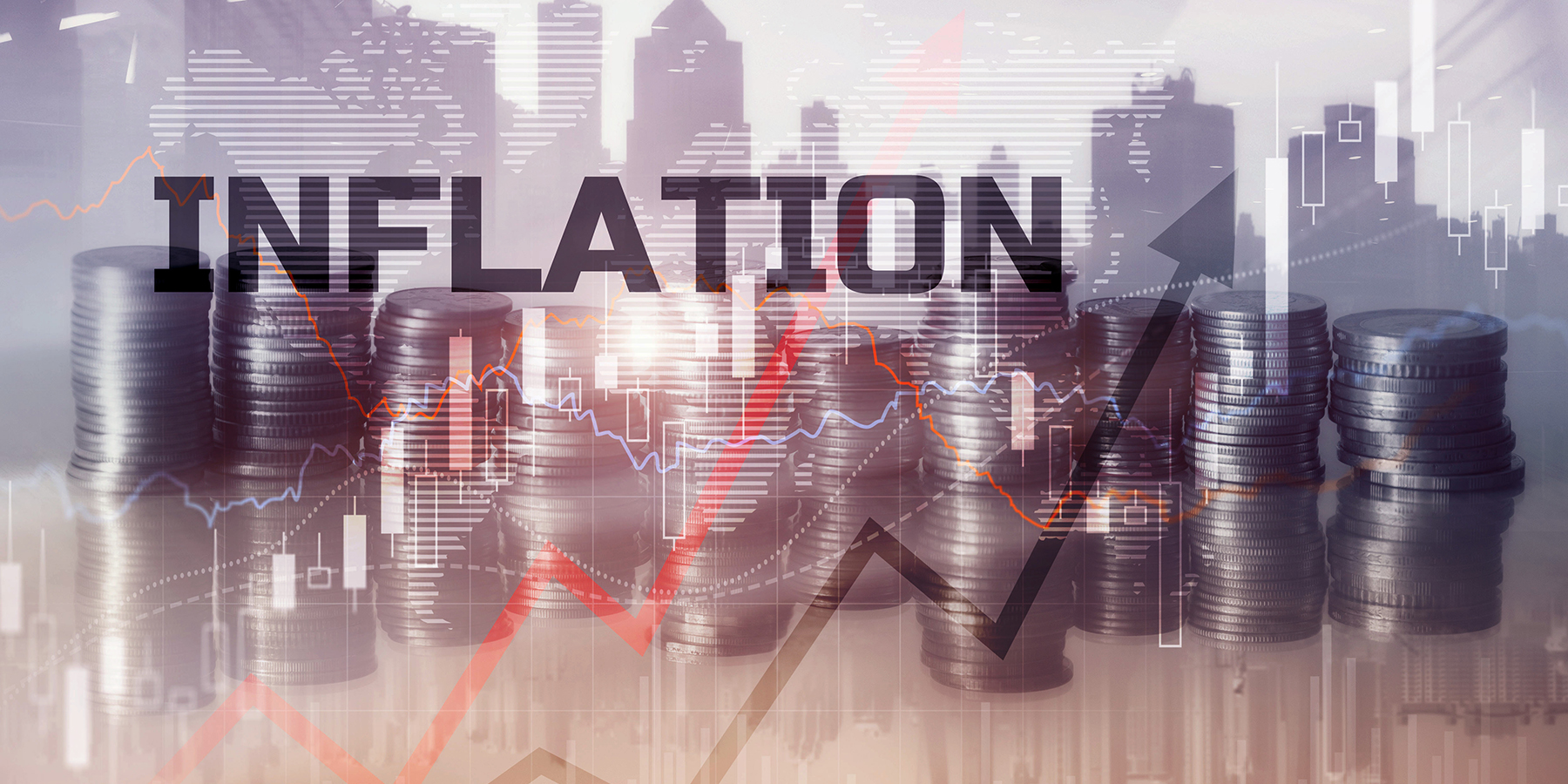 Excerpted from page 36 of the November/December 2022 edition of AOA Focus.

As U.S. inflation rose to its highest level in four decades this past summer, it wasn’t only skyrocketing gas and grocery prices that doctors of optometry had to worry about.

Add to that Medicare cuts, stagnant vision plan reimbursements, and difficulty finding and maintaining quality staff. It all added up to decreased profit and potentially the need to reduce staff and hours.

“My materials costs have gone up. My staff costs have gone up considerably,” says Robert C. Layman, O.D., AOA president and co-owner of Pinnacle Eye Group in Lambertville, Michigan. “It has become hard to retain good staff without paying them more and more and more. And I think that is putting more pressure on our bottom line.”

The Consumer Price Index, one measure of inflation, rose 9.1% in June 2022, when compared to the previous June, according to the U.S. Bureau of Labor Statistics. July fared slightly better, with an increase of 8.5%. However, the price of food increased 10.9% over the past year—the largest 12-month increase since 1978–1979. And while gas prices decreased slightly in July 2022, energy levels overall were up 33% over last year.

Congress passed the Inflation Reduction Act in August, but analysts say inflation won’t go down immediately. Much of the new law is focused on climate change and investing in green energy. But it also allows Medicare to negotiate prescription drug prices and will extend health insurance subsidies for three more years.

“We are not seeing a major effect from inflation just yet. We’re in a part of the country where there’s a high level of insured patients, and therefore that gives us a little bit of a buffer, I think,” he says. But Dr. Montaquila believes it’s important to keep an eye on the economy, stock up and prepare for any hits. His staff is more tuned in to sales on supplies, buying in bulk when they spot a deal. He said they are doing everything possible to reduce costs and keep any price increases to a minimum.

“I think when you foresee the market changing like this, the smartest thing to do in anticipation is to start shifting priorities—making sure that we are focusing on sourcing product at the best possible price for us, whether that means looking at our buying group and trying to get better pricing or buying when there are sales,” Dr. Montaquila says. “Sometimes you have to spend money to save money, so we’re stocking up on certain frame lines, depending on the type of deal that’s being offered. I think there are ways to mitigate the rising costs, but you have to plan it out. It doesn’t just happen organically.”

As costs go up, insurance and vision plan reimbursements have not increased. In fact, vision plan rates have been lifeless for 20 years or more.

“Stagnant vision plan reimbursements have been an issue for optometry practices for many years and have been on the radar of the AOA and particularly the Third Party Center Executive Committee,” says Steven Eiss, O.D., chair of the committee. “As many of our members realize, anti-trust laws prohibit our professional association from negotiating reimbursement levels for our members. But what we can do is advocate for issues that may affect our doctors’ ability to provide care for our patients.”

Dr. Eiss said he has barely seen rates increase at all in the more than 25 years he has been in practice. Even during the COVID-19 pandemic, which came with staffing struggles and increased costs for personal protective equipment, doctors were not reimbursed for the extra costs.

“As has happened year after year, the vision plans expect the provider doctors to continually fund the care of their beneficiaries, as they continue to raise premiums with no increase in reimbursements,” Dr. Eiss says. “The decision whether or not to accept a contract and the associated rates is an individual business decision for a practice. The AOA strongly urges doctors to carefully review contracts and, if necessary, obtain competent legal counsel to best understand, protect and/or negotiate your rights. The AOA will continue to advocate for fair reimbursement for the care that is provided for the plans’ beneficiaries, and we also need the voices of the individual practices to enable this change.”

Over on the Medicare side, doctors also have seen cuts with potentially more on the way, though the AOA policy team is hopeful that the 2023 cuts could be halted. A federal government-wide sequester has affected all discretionary spending, which means Medicare reimbursement was cut 2% this year: 1% in April and another 1% in July.

In addition, large reductions could happen next year due to a ballooning federal Pay-As-You-Go budget rule and an expiring, temporary Medicare physician fee schedule increase. Now amounting to 8% and 3% respectively, the total reductions to Medicare physicians’ pay could approach 15% by 2023 if Congress doesn’t act.

Adding to these woes is the ongoing challenge to recruit, hire and retain qualified staff, a problem being called the Great Resignation or the Big Quit. Low wages, job frustrations, family responsibilities, more job opportunities and many other issues have been blamed for employees quitting en masse since early 2021. Whatever the individual reason, good staff can be hard to find, according to doctors of optometry.

In March 2022, a record 4.5 million employees quit their jobs (not including those who retired). There were 11.55 million job openings at the end of March 2022—the highest on record, according to the Bureau of Labor Statistics. While the number of jobs available began to decrease each month over the past summer, the numbers were still much higher than before the pandemic.

Gabby Marshall, O.D., found it incredibly challenging last spring to replace an employee who quit. Dr. Marshall is the owner of Elemental Eyecare in Bend, Oregon.

“We ended up going through three hires to finally get a replacement,” she says. “The first two hires declined before they started, situations where they took the job, then thought about it and then didn’t take it. It’s kind of stressful.”

One solution Dr. Marshall found to both rising costs and hiring challenges was to invest in a check-in kiosk that allows patients, especially returning patients familiar with the practice, to check themselves in. “I think we’re going to see more automation in our equipment and our diagnostic testing,” she says.

“Several people have agreed to start work and accept the job we offered them and not shown up for the first day of work; they just disappeared,” he says. “It’s a puzzle to me why you would apply for a job and then never go.”

In another instance at Dr. Layman’s office, a technician clocked in for work, attended the morning huddle and scleral contact lens training, and then just walked out. “We haven’t heard a word from her; we assume she quit,” Dr. Layman says. “But there is less courtesy on the part of the workers that I’ve been dealing with to give even a two-week notice. It’s really discouraging.”

Another staffer immediately left after a patient was rude to them on the phone. “They didn’t have the resilience to just shake it off. They just decided, ‘I quit,”’ he says.

Not only has Dr. Layman increased wages, he has been forced to spend more on advertising for new staff. And, of course, it costs money to constantly train new staff. He says he supports AOA certification for paraoptometrics and expects new staff members to be certified within six months. But that has been difficult lately: “The new people we’ve hired have not had much ambition to do that,” he says. “I think they’re just trying to get through the day, instead of getting something from each day to grow by.”

Chris Wroten, O.D., co-owner of Bond-Wroten Eye Clinic in Louisiana, also knows the struggle of hiring and retaining quality staff. He found that word-of-mouth referrals from current staff can yield great new hires, so his office posts openings internally first, allowing current staff to make recommendations as well as have the opportunity to move within the organization themselves. His office also has connected with a local technical college that provides interns on a three-month basis, at no cost to the practice, who are interested in the health care field.

The internship can serve as a trial run, leading to new hires as well.

Creative ways to save and make money

When Dr. Wroten’s practice started to feel the pinch of inflation—including a tripling in the practice’s utility bills—it began examining and implementing a variety of cost-saving measures. His practice took advantage of several offerings through AOAExcel®, which provides personal and professional resources to doctors of optometry. Dr. Wroten purchased supplies and other items for the practice through the AOAExcel vendor discount program, which uses group purchasing power to offer industry-leading low prices. He also recently opened an account with the AOA Business Card, which increased the cash back his practice was receiving compared to its previous card and also covered some of his AOA membership dues.

Dr. Wroten believes it’s critical to analyze practice data to make office decisions. Since the pandemic began, his practice noticed an increase in no-shows, cancellations and same-day rescheduled appointments, which led to judicious overbooking to keep schedules full. Further analysis showed that though patient volume had decreased early in the pandemic, patients were actually spending more, as staff had extra time to discuss options for frames, lenses and contacts. As patient volume picked back up, the office preserved that individualized time for staff to make those recommendations, while also investing in an online optical shop with a virtual try-on feature so patients can shop 24/7 from home.

Looking to the future

While doctors of optometry can’t do much to stave off inflation, those interviewed say they can get creative and invest in ways to make more money or to cut costs.

“I tend to be an optimist,” Dr. Marshall says. “Like with any challenging time, you have to respond to it and go on the offensive and try to learn from it. This is an opportunity for all of our practices to really look at our processes and our people and invest in the people who are committed to your practice, and invest in your efficiency, improve your processes and be lean and mean.”

Dr. Wroten, too, is optimistic: “Optometry has always found a way,” he says. “We will continue to find our way as long as we continue to care for our patients the way we’re supposed to and as long as we stay engaged with organized optometry, which is constantly advocating for us. There has never been a time that optometry hasn’t eventually prevailed and succeeded. And I’m supremely confident that with the value and the importance that patients place on their vision and on their ocular health, that we’re going to continue to be successful, respected and highly valued members of our patients’ health care team.”

Tell your lawmakers to stop Medicare pay cuts targeting doctors of optometry and other physicians.