March 30, 2021
May 31 is the new application deadline for first- and second-draw PPP loans, with the AOA requesting clarity on whether HHS Provider Relief Funds should be included in gross receipts for assessing eligibility. 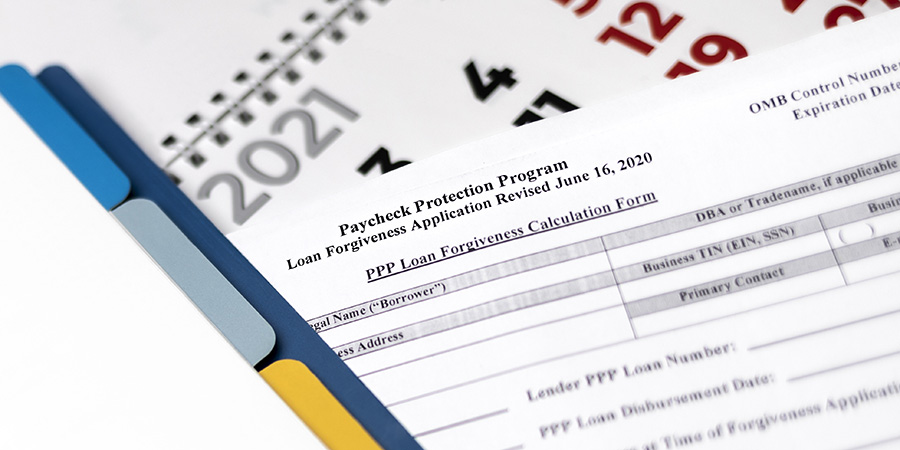 On March 30, President Joe Biden signed into law the PPP Extension Act of 2021, effectively extending the original March 31 deadline for first- and second-draw PPP applications to May 31 and affording the Small Business Administration (SBA) an additional 30 days beyond that to process those applications. The last-minute approval helps ensure some 190,000 pending PPP applications didn’t expire with the impending deadline, especially after the administration made a dedicated push for small-business applications in the past several weeks. As of March 28, 8.7 million PPP loans had been approved, totaling $734 billion since 2020.

The deadline extension is good news for optometry practices with pending applications or those weighing whether to apply for first- or second-draw loans, and the AOA is taking immediate steps to ensure doctors of optometry have the best available information to take advantage of this extension.

In a March 31 letter addressed to SBA Administrator Isabella Guzman, the AOA reiterated its support for the Congressional action to extend the PPP application deadline and requested the administration use this time to clarify ambiguities in the current rules, especially making clear that Department of Health and Human Services (HHS) Provider Relief Funds be excluded in calculations of gross receipts for the purposes of second-draw PPP loans.

For many doctors, HHS Provider Relief Funds received in April 2020 were used for personal protective equipment (PPE) and necessary office modifications for the health and safety of patients and staff. At that time, PPP regulations did not allow for use of funds for PPE given surging costs. However, while PPE has become much more readily available, there remain challenges in operating health care practices, as doctors continue to limit patient volume to reduce overcrowding and to allow for additional cleaning time between patients.

Such is the case, the AOA requested the SBA to explicitly state that HHS Provider Relief Funds should be excluded from calculations of gross receipts, especially as several optometry practices’ second-draw PPP eligibility hinges on the matter.

“We believe clarifying this exclusion would allow for additional health care practices to qualify for [second draw PPP loans] and provide those businesses with needed support to continue to thrive as we emerge from the pandemic and look forward to ongoing recovery,” the AOA letter reads.

The AOA’s advocacy has helped practices garner more than $1.69 billion in federal relief with AOA leaders continuing to advocate on behalf of doctors of optometry.

“The PPP program has been a lifeline for optometry practices throughout the country during the pandemic,” says Robert Theaker, O.D., chair of the AOA Federal Relations Committee. “Doctors of optometry were reporting a 20-40% reduction in patient visits from 2019 to 2020, and the PPP came through at a critical time for thousands of struggling practices.”

As of early March, over 16,000 optometry practices have received forgivable PPP loans. Doctors are finding success applying for PPP loans, though not without occasional trial and error. As they dig out from the economic challenges created by COVID-19, it matters where doctors apply and that they understand the requirements before applying for government-backed loans, AOA members say.

Robert Mans, O.D., who practices in the small, rural community of Florence, Oregon, got the good news that he had received a second PPP loan in January.

A good relationship with his local community bank took the stress out of the application process, says Dr. Mans, who notes “they had a keen interest in helping the local businesses in the area.”

That tie and his relationship with the practice’s accountant also came in handy. His PPP loan took less than a week to get processed.

“I would recommend to any doctor to foster a relationship with a local bank when possible for moments like this,” Dr. Mans says. “The second round of PPP loans had different rules. So, having an accountant who understands your financial records is crucial for quick results.

“I had heard that some doctors who wanted to apply for the PPP (draw 2) were unable to show a 25% loss between comparable quarters from 2019 and 2020,” he says. “I also would recommend having doctors talk to their bank or accountant to ensure that earlier loans or grants are properly categorized so they do not alter income ratios. Keeping good records and being aware of monthly and quarterly income is crucial for PPP success. It also helps to talk to other docs who have gone through the process, that way you know what to expect and when it’s time to look for another bank if you are not getting the results in a timely manner.”

David McBride, O.D., has practiced in Beaverton, Oregon, for 35 years. Like many small-business operators across the nation—his office consists of one doctor and three staff members—Dr. McBride could not have imagined a year like 2020 as the pandemic took hold.

His office was closed for seven weeks; his staff was laid off for six of those weeks last spring. Dr. McBride used a loan from the first draw PPP funds to meet the practice’s payroll and to catch up on rent.

“I will use my second-round PPP for payroll,” he says, noting that revenues were down about 25% between 2019 and 2020 in his practice. “I think the bank was the key to getting loans. I was lucky in that my bank was already an SBA lender and had experience with the process.”

Now, if the practice can only catch up on the number of patients it saw pre-COVID.

“My staff and I were vaccinated last week with our second shot,” Dr. McBride says. “My goal is for us to start increasing our patients to pre-COVID numbers in May. We are still trying to only have one patient in the office at a time. Instead of having 12 or 13 exam slots per day we have nine.”

Shane Foster, O.D., president-elect of the Ohio Optometric Association who practices in Athens, Ohio, had to jump through a few more paperwork hoops on his second application for a second-draw PPP loan. But, after an initial denial due to a discrepancy in a date and his DUNS number, his application was resubmitted and the practice, consisting of three doctors of optometry and 11 staff members, was then notified that its loan was approved.

Despite the mix-up, Dr. Foster got his loan approval about a month from when he first submitted. He offers these tips:

Learn before you leap

Jeni Kohn, O.D., used a large bank to submit her PPP loan application. Unfortunately, Dr. Kohn says, the bank required some additional details not in the directions for the main application, and her practice’s application had to be resubmitted “several times” until they were able to gather the required information.

“They would not allow us to submit just the additional information but instead we had to redo the entire application from scratch each time,” she says. “While it wasn't overly complicated once we had the information, it was tedious. I would highly consider going through a local bank in the future if you have that option.

“Another tip is to watch the #AskAOA Webinar Series,” says Dr. Kohn, whose Indiana practice is still awaiting word on its draw 2 application. “It was incredibly helpful not only for PPP 1 draw and PPP 2, but also for Health and Human Services grants and how to keep all of the dates separate so there was no confusion or overlap.”