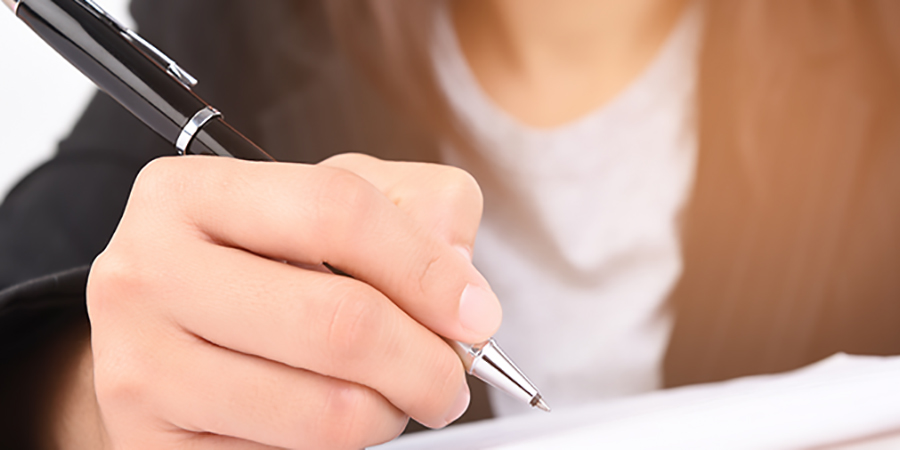 At a time of great strain on small businesses across the country caused by the COVID-19 crisis, notice of a lifeline, in the form of Small Business Administration (SBA) loans, have started to arrive at the practices of doctors of optometry.

Under provisions of the newly enacted SBA "Paycheck Protection Program" (PPP), optometry practices and other small businesses are eligible to apply for emergency relief loans through lenders to cover business-related expenses, such as payroll costs, rent, mortgage interest and utilities. Applicants may quickly get the loans, which are later forgiven if used for legitimate business expenses during the covered, eight-week period.

"Receiving word that we had been approved was a great relief," says AOA past president Steven Loomis, O.D., adding that the loan would be used primarily for payroll and rent. "It meant that we did not have to lay off staff during this difficult period and that our team will still be in place when this is over.

"The loan is designed to be a lifeline to small businesses at this time and get the money back out into the economy quickly, and that's what we'll do," Dr. Loomis says. "It helps us weather the storm until we can return to our normal schedule. None of us know when that will be, but this is a big help."

A big relief, too, now that the process is easy, members say.

Learnings from the application process

Dr. Loomis' practice applied April 6 and got word 50 hours later. Before that, a lot of work went into the application. Pulling together the application takes time.

"While approval went quickly, the truth of the matter is that the application process took a fair amount of time," Dr. Loomis says. "One of the things that made our application successful was that we were well informed about the PPP loan from the AOA. In fact, we knew a fair amount about it even before the Senate passed the legislation, because as an AOA-PAC donor, I received information about the (then) pending legislation, including a video from Sen. Marco Rubio explaining the PPP portion of that legislation.

"I immediately contacted my banker and asked if they were participating," he says. "He honestly didn't know much about it at that point, and in the beginning, I was his best source of information."

To apprise members about the program and give them a leg up on the application process, the AOA conducted two webinars in recent weeks on the federal laws and financial options for doctors of optometry, led by Jeffrey Michaels, O.D., whose practice also was notified within four days that its loan application had been approved.

The rules from the SBA and the Treasury Department were somewhat of a moving target, Dr. Michaels says. But his practice worked closely with its bankers and complied quickly with additional requests for information, even working through the weekend. When the application was done, it was correct and well documented.

So what else did the doctors learn that helped make their applications successful?

Working closely with bankers already familiar with their practices was key.

"For practices that haven't applied yet, I would encourage that they do so," Dr. Loomis says. "They should initially utilize the bank they normally work with and engage the personal bankers with whom they've already established relationships. Our bank is a small to midsized bank and I think that it might be easier to have relationships with bankers in that scenario. "But larger banks also have personal bankers and they have their strengths as well, with their relationship with the SBA and the Treasury Department," he adds. "However, if it doesn't appear that things are going to move forward with your regular bank, or if that bank is not a 'preferred lender' with SBA, I wouldn't hesitate to go to another institution to get the job done. While banks are slammed with requests right now, good banks see this as an opportunity to deepen or establish their relationship with their customers."

David Cockrell, O.D., whose practice also successfully applied to the loan program, agreed that knowing lenders' relationships to the SBA can work in a practice's favor.

"The lenders that are participating in the process must work through the SBA, so first and most importantly, make certain your lender is an SBA-approved lender," says Dr. Cockrell, who chairs the AOA Advocacy Group. "Second is to ascertain your lender's SBA status. The best is 'preferred lender' status. That essentially means they have had a long, successful experience in working with and complying with SBA requirements.

"Finally, do not delay in moving forward with an application, if you do intend to apply," he says. "From the multiple lenders I have spoken with, all of them expect the total funds to be committed in the first few weeks."

For doctors who are having trouble identifying a lender, the AOA has tools available to help guide them through the process.

Additionally, the Treasury Department is going to be authorizing additional lenders in the coming weeks.

Doctors can help their practices, and their staffs, through the application process by listening to the AOA webinars on the subject, members say.

"We see unemployment benefits very slowly rolling out," Dr. Michaels says. "Yet the employees still have bills to pay and food to buy. This will help them in a tremendous way.

"If there is a bright light during this dark time, it's knowing that we are helping AOA members survive and weather the storm by providing the needed advocacy to help members make business decisions that will help them thrive for the next 20 years," he says.

Additional assistance on the way

After hearing from the AOA and other advocacy organizations about the urgent need for an immediate expansion of relief efforts, congressional leaders are now preparing to fast-track bi-partisan legislation to increase PPP funding from $349 billion to $600 billion.

For more information on how doctors of optometry and optometry practices can secure federal crisis relief aid, please visit aoa.org/COVID-19 Latest Updates or send an email to AskAOA@aoa.org.