Members only: How AOA membership helps protect your practice and the profession

December 25, 2018
Young doctors joined the AOA seeking help with consolidating student loans, finding authoritative clinical resources and saving on group purchases such as insurance. They also discovered, through the AOA’s 24/7 advocacy efforts on the state and federal levels, that there is power in numbers. 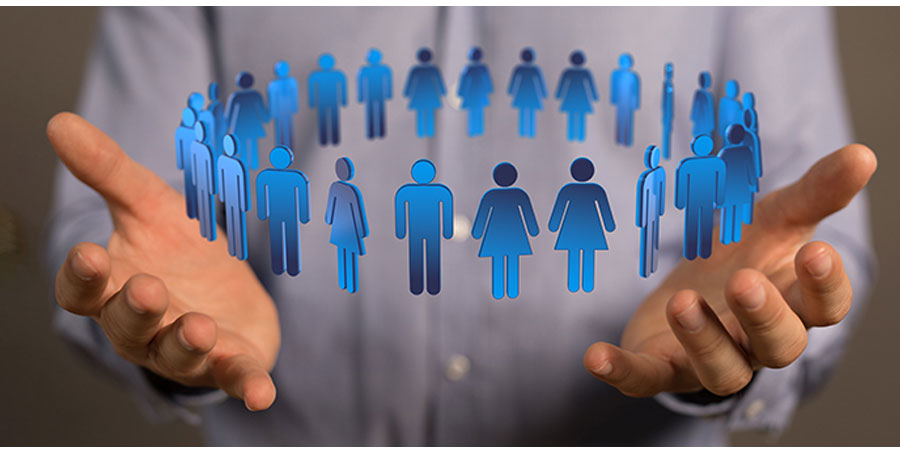 Excerpted from page 20 of the November/December 2018 edition of AOA Focus.

It might sound clichéd, but one truly could say the value of an AOA membership is in the eyes of the member holding it. A membership has something, it seems, for everyone.

Ask Nhung Brandenburg, O.D., who practices in Georgia. Dr. Brandenburg doesn't name just one benefit of her membership. She can name a bundle of them. The clinical resources keep her sharp, says Dr. Brandenburg, mentioning the practice guidelines developed by the AOA's Evidence—Based Optometry Committee and the continuing education courses offered through EyeLearn, the AOA's online education platform. Then there are the practical resources: coding advice, HIPAA updates and group purchasing discounts.

For Dr. Brandenburg, the professional relationships, fostered at events such as Optometry's Meeting®—the profession's premier conference—are a bonus, too.

"The friendships are priceless and have inspired me to continue to serve," says Dr. Brandenburg, a member of the AOA's Membership Development Committee.

"I particularly enjoy the opportunity to volunteer and serve with my fellow colleagues who are so dedicated to promoting, protecting and moving our profession forward," says Dr. Brandenburg, who has been an AOA member since 1993, her first year of optometry school at Southern College of Optometry in Memphis, Tennessee.

"As I have participated in events such as AOA on Capitol Hill, the Federal Trade Commission workshop in March [focused on regulatory efforts to crack down on illegal contact lens sales] and other lobbying efforts, I've realized more and more how much the AOA has accomplished nationally to defend our profession and ensure that doctors of optometry can practice to the fullest scope of our licensure," she adds. "The AOA gives our profession a voice and a uniting platform to affect change."

Be part of something bigger

Curtis Ono, O.D., chair of the AOA Affiliate Relations and Membership Group, regularly hears from members and nonmembers, whether that's staying attuned to their needs through surveys or casual conversations. That feedback helps the AOA membership group decide what new features of membership to offer and what to tweak—or even drop, due to lack of member interest—among the existing benefits.

Members take note of the timely legislative and regulatory news, the practice management tools and continuing education, he says. "But the top two answers that I consistently get are the 24/7 advocacy efforts by the AOA to protect and advance our profession, and the deep relationships and connections that are forged with fellow members," Dr. Ono says.

"They value being part of a community with a strong commitment to providing the highest quality and access to care to the public," he says.

Being a part of something bigger resonates with Carol Lovell, CPOT, CPOC. Lovell, who works for a practice in Gillette, Wyoming, and was named 2018 AOA Paraoptometric of the Year, joined the AOA years ago to connect with other paraoptometrics and to access educational and training resources for her certification. Through the Paraoptometric Resource Center, members can access a range of courses to not only improve staff members' clinical skill and business acumen, but also help them earn and keep up with their certification.

Doctors of optometry can enroll their staff, at no additional membership costs, as associate members of the AOA.

"As an associate member, I feel I am valued for my knowledge and education," she adds. "I am a member of the same organization as optometrists. I feel this shows paraoptometrics are important and needed in the optometric field."

Erick Henderson, O.D., practices in Wexford, Pennsylvania. Like Dr. Brandenburg, Dr. Henderson most values the AOA's advocacy on behalf of doctors of optometry and the profession.

"The most important thing to me about my membership is knowing that by simply being a member I am able to support and protect the profession for years to come," he says. "The AOA is a large organization that works 24/7 to ensure the protection of our profession."

Yet, he has discovered other benefits of membership since joining after graduating from Southern College of Optometry. Through his membership, he was able to connect with other member doctors of optometry when he moved from Tennessee to Pennsylvania for his first job.

"By being a member, I was able to easily connect with colleagues in the area," he says. "I am extremely grateful for the networking and the connections I have made simply by being a member of the AOA."

His investment in his membership has paid dividends, too.

"Being a member has been a huge benefit for me, especially financially," he says. "The discounted services offered through AOAExcel®, including student loan consolidation, disability insurance and term life insurance, have already saved me hundreds of dollars every month. Specifically, the student loan consolidation was a wonderful benefit. I will save over $1,000 each year."

AOAExcel was helpful to Kelly Voltz, O.D., who graduated from SUNY College of Optometry in 2017. "When I first began practicing, I needed malpractice insurance to begin a part-time position in conjunction with my residency," Dr. Voltz recalls. "The AOA has the most affordable option, and my coverage began the day I called."

It comes as no surprise to Dr. Ono that AOA members most value advocacy and connecting with colleagues—which is why the AOA provides so many resources in these areas.

Members, for instance, understand that advocacy is how the profession will provide quality eye and vision care to the public, he says.

"They realize that we are a legislated profession, and the level of care that we can give to our patients is dependent on our advocacy successes," Dr. Ono says. "Optometrists have always had a deep commitment to the philosophy that the public deserves access to high-quality eye care in their community. Technological advancements, rigorous education in optometry schools and the commitment of doctors of optometry to lifelong learning and improvement in clinical skills all contribute to the momentum to provide higher levels of clinical care to patients."

Members also appreciate having a support network, whether it's for advocacy, or in times of disaster, through Optometry's Fund for Disaster Relief, a program of Optometry Cares®—The AOA Foundation.

"Being part of a community with a common passion is immensely valuable to them," Dr. Ono adds. "We all want each other to prosper, and sharing of best practices in clinical care and practice management helps us all to succeed. More importantly, many of us have developed lifelong friendships and always look forward to the next meeting to get caught up with family and personal events. In many cases, fellow association members will help out in times of need by filling in when there is a health care emergency or providing office space in case of natural disaster."

Amber Gatti Dunn, O.D., who practices in Oregon, celebrated her 10-year anniversary as an AOA member in 2018. Dr. Gatti Dunn joined the AOA as a first-year student at Pacific University in Forest Grove, Oregon, mostly out of a sense of duty to the profession.

"When I joined as a student, it was because 'it was the right thing to do,'" she says. "I understand how important it is for us as doctors and students to come together as members of the AOA to make sure we are looking out for the profession."

She still feels strongly about that benefit and others she's used since. Like others, she was excited to find useful resources as a member of an "extended family" or network of doctors of optometry. She tapped that professional network and AOA resources when she opened a private practice. She was glad to have them, tangible and intangible, as a young doctor of optometry.

"I was able to contact doctors who were AOA members that I had met during school to ask them for guidance on where to go for certain things or how to find resources," Dr. Gatti Dunn says. "I used AOAExcel for my malpractice insurance.

"The intangible things are what I find the most valuable about the AOA," she says. "Having doctors I can network with or go to for advice is huge. Having other doctors share their ideas about membership and advocacy efforts also is huge. The hardest-working optometrists I know are AOA members who really are carrying the profession forward."

Invest in your future

Each day, the AOA shares with members the benefits of membership, Dr. Ono says, so doctors of optometry and paraoptometric staff can get the most out of their membership.

"As a volunteer in state, regional and national levels, I can truly say that I have gotten much more out of being a volunteer than what I have put in," Dr. Ono says. "If I can say that I have contributed a small amount toward making the profession better, then I feel satisfied."

He adds, "I have had opportunities to get to know students and new doctors. I have found them to be well-trained, enthusiastic, ambitious and strongly committed to their future profession. It is comforting to see that the profession will be in great hands."

The clarification addresses common questions about how doctors can provide audio-only telehealth without running afoul of HIPAA requirements.

A case study in professionalism

In its latest case study, the AOA Ethics and Values Committee raises the thought-provoking question: What does professional mean in optometry today?

How to eliminate bias in the exam

Unintentional, implicit bias can impact the delivery of patient care. An expert shares four ways to recognize and eliminate bias in the exam.