How to become a bilingual practice 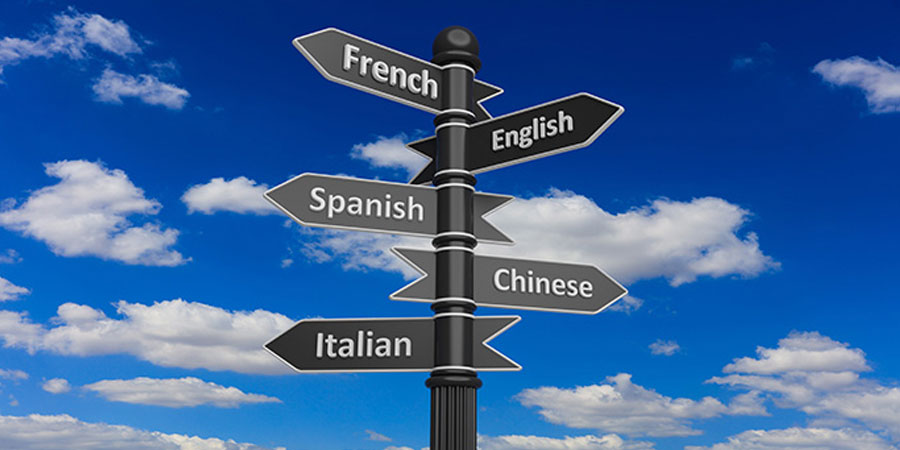 According to the U.S. Census Bureau, most Americans speak English, but in 2015 it reported that more than 350 languages were spoken in U.S. homes. For a practice, this diversity can present a challenge or an opportunity.

Jeneé Barth, O.D., who sees Spanish-speaking patients in Salina, Kansas, says a bilingual practice has several advantages: Doctors of optometry are able to serve an underserved population, and she notes the visible look of relief on new patients' faces when they realize they won't have to struggle to communicate their health concerns to her. Providing bilingual services also makes good business sense.

"Patients have practices to choose from. They have choices to make. This is how a practice can grow," says Ida Chung, O.D., associate dean of academic a­ffairs in the Western University of Health Sciences College of Optometry.

Here's how practices can set themselves apart by providing bilingual services.

Is there a sizeable and underserved ethnic community where you practice? That may present an opportunity for you to expand your practice by hiring bilingual doctors of optometry and paraoptometrics.

Miguel De Falco, O.D., was born in Venezuela but also speaks Italian, though it's his Spanish that gets the workout. "Although most patients can speak basic English, when it comes to medical terminology, most of them feel more comfortable communicating in their native language," he says.

Students in Western University's optometry school spend a portion of their second year rotating through private practices. It's not unusual for a practice to express a preference for a student who speaks Vietnamese, for instance, says Dr. Chung, citing the state of California's reputation for diversity, which is reflected in the college's student body. Students also translate for patients in the school's optometric clinic.

2. Brush up on your high school Spanish.

Laura White, O.D., practices in western Kansas, where an in­flux of workers from Mexico and Central America have helped to revitalize her Dodge City community. Dr. White estimates that about 35% of her patients are Spanish speakers.

"Most of my staff is bilingual, including myself," says Dr. White, who took Spanish in high school.

She also took two semesters in college and, later, translated at the University of Houston College of Optometry. (On the Houston and Western websites, patient forms in Spanish are available.) Even as the population evolved, Dr. White wanted to further immerse herself in the Spanish language and culture so she enrolled in courses at a local university.

The St. John River defines the U.S. and Canadian border at Fort Kent, Maine, where Grace Martin, CPOT, now recently retired, previously worked in the practice of Timothy Rioux, O.D. "The international bridge connecting Fort Kent and New Brunswick is less than a mile long," says Martin, who learned French from her parents and grandparents.

"We also are not far from Québec, Canada, which is French-speaking. We do see patients from the Canadian province."

Speaking a familiar tongue makes patients feel more comfortable and positive. The tone is set from the moment they call the practice. Often patients ask, 'Do you speak French?' When the response is 'oui,' the tone of the conversation changes, she says.

"Having always spoken both French and English, it is a small thing for me to do to help things run smoothly."

Communication with patients is vital to explaining procedures, gathering patient information and providing proper treatment, Martin says. A bond is created, she adds.

Hiring Dr. De Falco was just one of the initiatives at Chesapeake Eye Care and Laser Center where he practices. They also launched a Spanish-language website. Other initiatives include advertising in local Spanish-language publications and participating in the community health fair in the Latino community, Dr. De Falco says. The changes were announced in a news release, which contained the endorsement of a local o­fficial. For Dr. Barth, getting the word out has largely been relatively low-tech and successful.

"They originally found me by word of mouth in the community," says Dr. Barth, who doesn't advertise. "I think it took off because they feel comfortable with us. If they feel like they can tell the doctor exactly what's going on and they don't have to run it through a translator, the comfort level of just speaking back and forth is better. It's also quicker because you don't have a translator there."

Access a guide to assist in communicating with Spanish-speaking patients.

The most important questions to ask about disability insurance

Contrary to popular belief, accidents are not the typical cause of disability. Are you covered?