How to speak the universal language of care

December 7, 2021
How to create a bilingual and culturally sensitive practice, why it matters to patients and how it can set you apart from the competition. 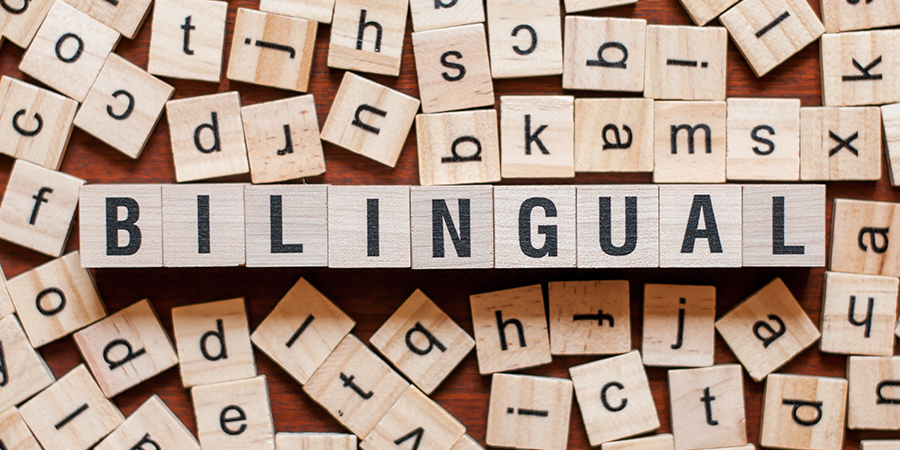 Excerpted from page 16 of the November/December 2021 edition of AOA Focus.

Simply put, a practice that has a bilingual and culturally sensitive staff may have a leg up as the future unfurls.

In its “new snapshot of the racial and ethnic composition of the country,” 2020 U.S. Census redistricting data showed:

AOA Focus asked Jason Compton, O.D., and Liana Rivkin, O.D., of New York-based Compton Eye Associates, and 2021 Paraoptometric of the Year George Ballato, CPOA, of the Twin Cities in Minnesota, about how to create a bilingual and culturally sensitive practice, why it matters to patients and how it can set you apart from the competition.

Ballato started at Open Cities Health Centers as an independently trained medical interpreter, but then was hired as a paraoptometric. His skills come in handy, he says.

“It’s not only practical but a necessity,” says Ballato, noting the centers’ diverse patient base. For a practice considering whether to hire a translation service or hire bilingual staff, he says an evaluation of their local demographics might be in order. (New 2020 U.S. Census data shows local population shifts including the racial and ethnic makeup of communities.) “That being said,” he adds, “any staff member who speaks a second language is always an asset.”

Still Ballato offers a cautionary note. There is a difference between conversational Spanish—where he might talk to patients about their families, food and culture, making them feel welcome in his practice—versus the more technical proficiency required for medical terminology.

“Proficiency in medical terminology is indispensable,” Ballato says. “There is no room for error. You have to be able to process technical information in two languages and follow the rules of quality interpreting. For instance, it’s important to interpret exactly what the doctor or the patient is saying. Interpreters should not add, change, embellish or delete. Interpreters should ask for clarification if they are not sure of a certain detail. If there is no direct translation of certain terms between the two languages, request a description in ‘layman’s terms’ from the doctor. Convey to the provider what you are saying to the patient to ensure it is accurate. It’s great to be able to speak a language your patients understand and are comfortable with. This builds relationships. But being able to communicate effectively in a medical setting is incredibly important. It impacts patient care.”

Dr. Compton, founder/owner of Compton Eye Associates, says his practice caters to “a very large Spanish-speaking population,” due to the locations of his practices. Toward that end, he says, the practice is deliberate about the marketing material it creates—from brochures to flyers to bus-stop signage—looking for opportunities to connect with potential patients in Spanish. Also, offering “take-in” forms and patient education material in other languages goes a long way to making an impression on patients.

“They can all be created with bilingual content,” says Dr. Compton, who also participates on a local news show on a Spanish-language television channel where he discusses eye health in Spanish. “It all comes back to marketing. While I wouldn’t expect a practitioner to learn a new language, there are simple things you can do. Hiring bilingual support staff (front desk, technicians, etc.) is a great start.”

Dr. Compton is fluent in Spanish. “When dealing with something as important as health care, it means so much to a patient when they are able to communicate in their own language,” Dr. Compton says. “Having Spanish-speaking doctors is extremely helpful.”

On this, Dr. Compton is intentional: When interviewing doctors for positions, he asks whether they speak other languages, not leaving it to happenstance. “This is a question we ask of all of our hires,” he says.

Dr. Rivkin, who has practiced at Compton Eye Associates for over a year, speaks English, Russian, Hebrew and Spanish. “I’ve always had an ear for languages,” says Dr. Rivkin, who’s working on learning Yiddish.

Regardless the language, being bilingual works for the practice given New York’s signature diversity. “It’s never too late to learn a language,” says Dr. Rivkin, who took a course on Spanish and medical translation at the State University of New York, where she graduated from the optometry school. Until doctors of optometry are comfortable conversing in another language, she says, it’s OK for them to ask patients to slow down or even for them to keep a “cheat sheet” in their exam lanes. To avoid getting frustrated if translations get bogged down, doctors could start with a script, says Dr. Rivkin, who agrees that translations must be true and clinical. It’s her belief that breaking down language barriers also leads to better self-care by patients, since they better understand their instructions.

“I think it builds trust between doctors and patients,” she says.