May 28, 2018
When it comes to billing and coding, are you leaving money on the table? 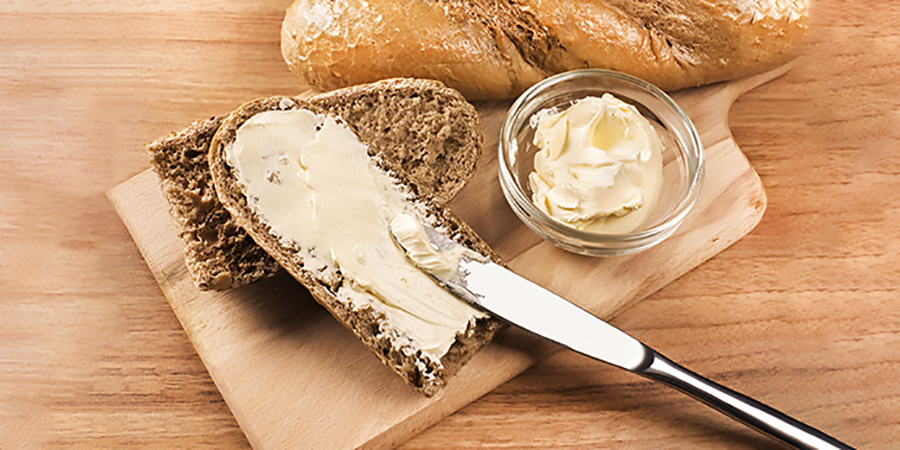 Excerpted from page 24 of the April/May 2018 edition of AOA Focus.

Ronald L. Benner, O.D., takes a very hands-on approach when it comes to billing and coding at his Montana practice.

"Billing and coding is a practice's bread and butter," explains Dr. Benner, a member of the AOA Board of Trustees. "Delayed or denied reimbursement can mean the difference between practice success and practice struggle."

The last thing a practice wants is to get jammed up with third-party payers. But it happens.

By design, the codes are well-defined, standardized and restrictive so they can be universally used when doctors of optometry and other health care providers seek reimbursement for services from private insurers and the Centers for Medicare & Medicaid Services (CMS). CPT® (Current Procedural Terminology) codes apply to services provided and ICD (International Classification of Diseases) codes to diagnoses.

On the other hand, it may appear that there is some room for interpretation involved—there are thousands of codes, after all—sometimes providing just enough of a grey area to get your claim denied or rejected.

Last November, CMS issued a report on improper payments under its fee-for-service program. Among the top reasons CMS rejected claims were insufficient documentation and incorrect coding.

The AOA seeks to help its doctors close the gap, and then some, through two key member benefits:

Two years ago, when about 5,500 new ICD-10 codes rolled out, about 750 of the changes impacted optometry. In 2017, among the 360 new ICD-10 codes, 250 code revisions and 142 code deletions were 80 updates—alone—for conditions treated by doctors of optometry. Those optometric updates related to low vision and blindness, degenerative myopia, diabetes mellitus, injuries of the optic tract and pathways, plus visual cortex and mental, behavioral and neurodevelopment disorders.

"Our mission has been to make sure that our member doctors are billing and coding properly, appropriately and fully," says Douglas Morrow, O.D., chair of the AOA's new Coding and Reimbursement Committee.

"Our main purpose is to be a resource for doctors with questions and work with other organizations, such as the American Medical Association's CPT Editorial Panel and CMS, to make sure that our members are aware of coding policy."

This winter, the AOA reshuffled its volunteer committee structure to elevate a subcommittee of the AOA Third Party Center (TPC) Executive Committee to full committee status. The Coding and Reimbursement Committee was born.

"In addition to advocacy, one of the primary purposes of the AOA is to provide tools for successful practice to our members," says Jacqueline Bowen, O.D., a member of the AOA Board of Trustees. "The Coding and Reimbursement Committee supports this purpose through the educational articles, emails and webinars they consistently produce.

As the CMS is constantly changing the rules, the AOA continues to provide members with the tools and information necessary to ensure accurate payment for the care doctors of optometry provide."

The elevation of the Coding and Reimbursement Committee had the support of the AOA's Board of Trustees, says Dr. Bowen, who serves as trustee liaison to the new committee.

"The board recognized how broadly the actions of the Coding and Reimbursement Committee extend across our organization, so it made sense to move that committee out from under the TPC umbrella. The work assigned to the committee is strenuous and sometimes tedious, but we have a fantastic group of volunteers who are willing to put in the time to produce excellent results," Dr. Bowen adds.

"The advocacy teams of the AOA and our affiliates have set specific goals to expand the optometric scope of practice in the next few years. But, without optometry's involvement in preparing the codes necessary for documentation and reimbursement, even the most ideal scope law won't allow us to practice effectively."

AOA's 24/7/365 advocacy also is raising the stakes regarding coding by making its voice heard on behalf of optometry in powerful circles. For instance, Dr. Morrow is serving a four-year term as a member of the American Medical Association CPT Editorial Panel. The panel is "tasked with ensuring that CPT codes remain up to date and reflect the latest medical care provided to patients."

The panel, which has the final say on a code's category, solicits input from physicians, medical device makers and more than 100 societies representing physicians and other health care professionals.

Although Dr. Morrow's panel role is nonpartisan, Dr. Wartman, who practices in North Carolina, is an AOA advisor to the group and Dr. Richman is its alternate AOA advisor.

"There's a lot of work that goes into it," Dr. Wartman says. "All three of us attend the CPT meetings, trying to ensure that optometry's interests are reflected in any code that's presented or fighting to make sure the industry doesn't bend things to their own liking."

Further, Charles Fitzpatrick, O.D., another member of the Coding and Reimbursement Committee, is an AOA representative and advisor to the American Medical Association's powerful Specialty Society Relative Value Scale Update Committee, known as the "RUC." The RUC recommends to CMS how CPT codes are relatively valued.

Beyond serving on committees and traveling across the country to offer presentations and education to doctors of optometry, AOA's coding advocates reached out to third-party insurers to clarify and argue on behalf of optometry.

Last year, the AOA and the American Academy of Ophthalmology submitted a code proposal for new diagnosis codes for meibomian gland dysfunction (MGD)—no unique codes for MGD existed at the time. In March, the AOA was notified to expect distinct MGD diagnosis codes to be added to the ICD-10 code set starting Oct. 1, 2018, for fiscal year 2019.

As for that common code doctors of optometry use for corneal topography: Credit the AOA for pushing for its creation.

"Twelve years before, it had failed," Dr. Wartman recalled. "9-2-0-2-5, that was the code optometry brought forward and got through on the first try."

Every practice's billing and coding process has its own spin.

In some practices, doctors primarily complete the time-consuming process of assigning codes to diagnoses and procedures. In other practices, the coding and billing process might be shared with experienced paraoptometric staff, including certified optometric coders. In others, codes are assigned with the aid of very sophisticated electronic health records, or billing and coding is outsourced.

Dr. Benner takes a special interest in coding. Years ago, he lectured on the subject. Regardless of size or trust in staff, Dr. Benner argues, doctors of optometry should be very involved in a "doctor-directed" process of coding because they are the ones who sign off on the third-party billing.

And doctors also are responsible for any audits or fines that may arise from not billing accurately, Dr. Benner adds.

"If you're doing it wrong, the penalties are huge," says Dr. Benner, urging doctors to get the 2018 Codes for Optometry manual to keep up with code changes.

"But, if you code properly, the claims get paid much quicker. Proper billing and coding is critical to cash flow."

"It's not rocket science," says Dr. Wartman, noting that the codes and uses are well spelled out.

"All of our resources are published," she says. "It's really a matter of putting your nose to the grindstone and getting in there and trying to figure it out and understand it."

Even understanding whether a service should be billed medical or routine or what third-party payers are looking for can require some nuance. No wonder some doctors and their optometric staff members approach it with varying degrees of trepidation.

"The longer you do it, the more perspective you get," Dr. Wartman says. "Some of it is really a gray area—meaning there is more than one way to do it."

Among her learnings: "One of the things a lot of providers try to do is put too much into one exam," Dr. Wartman says. "For example, if it's a glaucoma patient in for their annual exam, doctors may want to do fundus photos, OCTs and visual fields testing. They will want to do any and every test because they have a notion that the patient won't come back for further testing.

"That may get you into some difficulty—getting the carrier to actually pay for all those tests at once."

Glaucoma patients' condition can change dramatically with time, so it's important to follow them every three to four months, she says. OCT and photo testing can be spread over those appointments to prevent the patient from having to go through so many tests at once, and to assist the office in proper billing.

"One of the most important qualities that makes a good coder is attention to detail," says Kim Kelcourse, ABOC, CPOT, CPOC, who works at Mountain View Eyecare in Bethel, Maine.

Elaine Schmidt, CPOC, at The EyeDoctors in Topeka, Kansas, agrees. Details matter when it comes to coding, Schmidt says, as well as familiarity with the workings of optometry and its place in the health care system.

"Above all, what drives a good coder is true enjoyment of the work," she says.

The work is important to practices, says Sally Greeley, CPOT, AOA's 2017 Paraoptometric of the Year who performs billing and coding at Poulin & Associates Eye Center in Waterville, Maine.

"You have to know your stuff when it comes to billing and coding, and you have to keep up with all the changes," says Greeley, who was on the committee that initiated the coding certification. "That's a practice's bread and butter. It's how a practice gets paid."

The following resources are available to help AOA members stay abreast of code changes and the latest coding information: