May 26, 2020
Doctors of optometry and paraoptometrics should work hand in hand to meet future demands of patients. 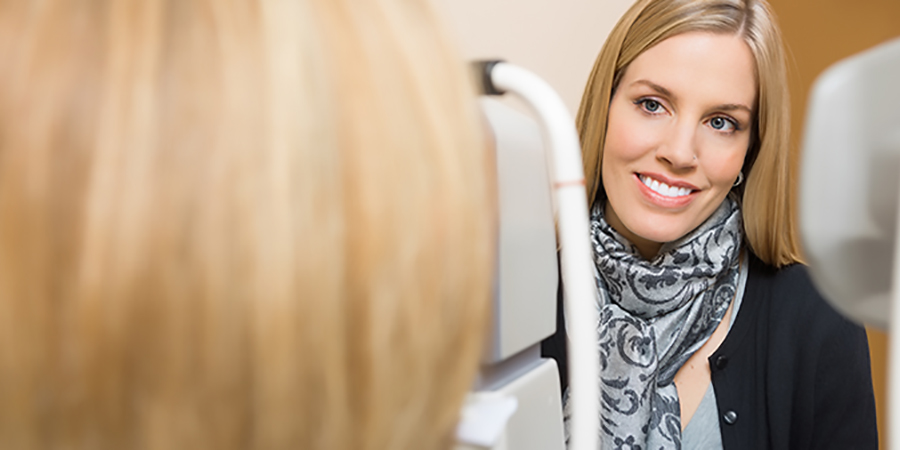 As the state of Kentucky expanded its scope of practice for doctors of optometry, Maria Hughes, CPOT, saw the writing on the eye chart.

How could a paraoptometric such as herself be a part of the change, Hughes wondered. Beyond earning her college degree and paraoptometric certifications, she'd worked previously in the practice of an ophthalmologist and learned a thing or two about pre- and post-operative procedures. And she was eager to learn more in an effort to be an asset to the practice, as it expanded access to services for patients.

In 2011, the Better Access to Quality Eye Care Bill passed in Kentucky. The bill allowed doctors of optometry to provide certain new services, such as specified injections, laser procedures, and chalazion and lesion removals, for patients.

"I knew there was potential there for me and I was excited," says Hughes, now clinic director for Simpson Optical in Lexington, Kentucky. "I ran around here, and I pushed for it. I was pushing for it, telling how I knew how to do these procedures.

"Life was significantly different after scope was expanded," she adds, noting how she grew her own knowledge of procedures such as YAG laser capsulotomy and selective laser trabeculoplasty by reading medical journals. "I love the medical and physical side of being able to do these things."

Meeting the demands of future scope

As the AOA's Future Practice Initiative gains speed and victories, the spotlight is increasingly shining on the role of paraoptometric staff in view of expanding scope for doctors of optometry. In recognition of that role, the AOA has taken steps to provide paraoptometric-focused education courses at the first-of-its-kind, real-time AOA 2020 Virtual Learning Livecast in June.

"As you expand scope, one of the doctor's responsibilities goes more to interpreting information than gathering information," Dr. Reynolds says. "It places a greater responsibility on the paraoptometrics to increase their training, to become certified, to be able to expand their duties so they can gather more information.

"That means they're doing part of the testing procedures, as much as they're allowed to do under their individual state's laws," he says, noting that automated technology also allows doctors to train staff to conduct testing in the practice. "If you're going to see a greater patient load, you have to trust in your paraoptometric staff to be better educated, to be more professional and to do more of the testing."

Dr. Reynolds notes the importance of certification. His entire staff are enrolled as AOA associate members, while technicians hold at least CPO certification.

"With scope of practice expansion, being able to assist the doctor in the different medical services provided has become essential," she says. "To better assist the doctor of optometry, there is a particular need for paraoptometrics to expand their education in the states where currently optometrists administer injectables, perform certain surgical procedures, surgeries and ophthalmic laser surgery."

These all present opportunities for paraoptometrics, to grow professionally by seeking certification and learning about what expansion may mean to their practices.

"The AOA PRC has always worked to meet the current educational needs of paraoptometrics," Rodriguez says. "As optometry expands its scope across the country, the AOA Education Center and the AOA PRC will continue to provide resources and tools to help paraoptometrics acquire knowledge and training for the evolution for the profession."