That burnt-out feeling? Could be heaping EHR messages

July 23, 2019
If a perpetually full inbox of EHR messages and unresolved tasks gives you nightmares, be forewarned that it may increase risk of burnout. A new study makes the case for improved EHR workflow. 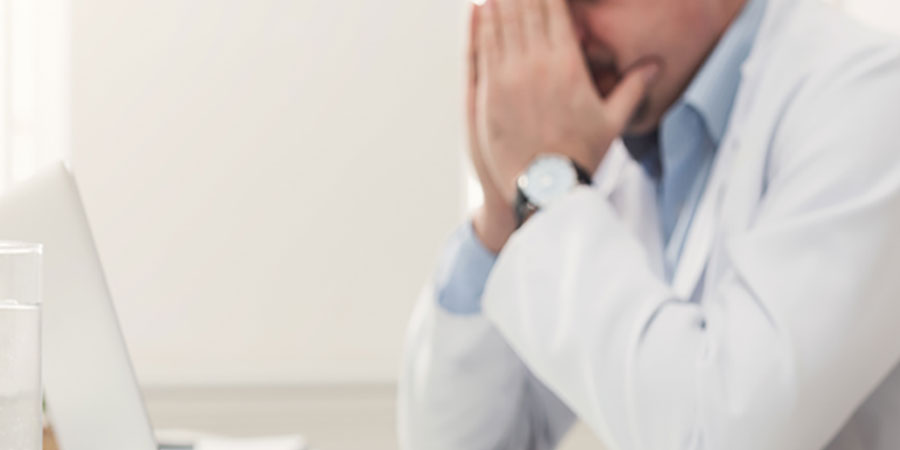 Addressing volumes of EHR in-basket messages and tasks is just a modern reality of "desktop medicine," but new research suggests that the pedantic process may be a chief driver of physician burnout.

Published online in the journal Health Affairs, the study illustrates how receiving more than an average amount of EHR system-generated in-basket messages is associated with a 40% higher probability of burnout and a 38% higher probability of "intending to reduce clinical work time." Both figures lend credence to the well-publicized association between physician well-being and tedious desktop medicine, building a case for improved EHR workflows and commonsense health IT policy considerations.

Physician burnout, often characterized by high stress, depersonalization and a low sense of accomplishment, is anticipated to cost the U.S. more than $4.6 billion simply from physician turnover and reduced clinical hours each year. While various factors contribute to burnout, much has been made about the role EHR plays not only in halving the time doctors spend face-to-face with patients, but also in demanding doctors' attention for meeting federal meaningful use requirements.

To determine that relationship between EHR workload and reduced satisfaction, researchers launched an observational study of 934 primary and specialty care physicians in a California-based health care group who responded to a questionnaire and offered their EHR data for review.

On average, physicians received 243 in-basket messages weekly, of which 114 were generated by the EHR system, researchers determined. These system-generated messages typically included pending orders automatically sent as health maintenance reminders, requests for prior authorization and patient reminders. Of note, only about 53 messages on average originated from other physicians or care team members weekly with even fewer from patients themselves (30 messages weekly). Markedly, the amount of system-generated messages was highest among internal or family medicine and pediatrics specialties but lowest among non-surgical procedural specialties.

Such findings suggest a trade-off between automated health population reminders and workflow, researchers say. While physicians note a perceived or realized loss of autonomy over their work schedules, some system-generated message have been shown to improve care of patients with chronic illnesses. That prompted researchers to surmise perhaps physicians weren't the most appropriate recipients of such system-generated messages as opposed to "non-physician clinicians," such as registered nurses or clinical pharmacists. So, too, researchers pondered whether policies intended to further meaningful use of health IT should be reworked to lessen physicians' desktop medicine work.

"The EHR has become the symbol of physician burnout," authors noted. "The reality of physician wellness is complex, however. Physicians feel that they are being consumed not only by cumbersome EHR work, but also by fee-for-service payment—among other detractors to their wellness. Burnout risk factors that are modifiable by organizational changes include the workplace environment, physicians' perception of being valued and control over their work schedules."

If EHRs are the 'how' to questions about the origins of physician burnout, then work-life balance may be the 'why.' Optometry frequently holds a distinction for being among the "best jobs" due to favorable work-life balance and a moderate stress level. That said, EHR implementation and workflow can be no less frustrating for doctors of optometry who, like other physicians, crave a more efficient EHR to get back to doing what they love—patient care.

"Burnout by EHR is unfortunate because all of us chose our profession to be a positive difference in the eye health and vision care of our patients—not to suffer death by a thousand clicks," says Jeff Michaels, O.D., member of the AOA's Quality Improvement and Registries Committee.

Although optometry doesn't experience the same extent of EHR system-generated messages as the internal or family medicine physicians described in the study, Dr. Michaels notes that doctors of optometry still address EHR-derived task lists and messages from patients or staff. These lists can and do lead to work inefficiency and lack of communication if not properly managed.

Therein lies the rub, Dr. Michaels says. While EHRs strive to enhance overall organization, if doctors aren't, themselves, organized enough to triage tasks as they arise then unresolved lists and messages begin to pile.

Proper organization is a sentiment echoed, in part, by the AOA's Ethics Forum case study, "The Modern Practice and Optometrist Burnout." Reflecting on An Optometrist's Guide to Clinical Ethics, the case study poses several self-reflection questions to gauge doctors' stress as well as takeaways to help manage that stress. These strategies include: